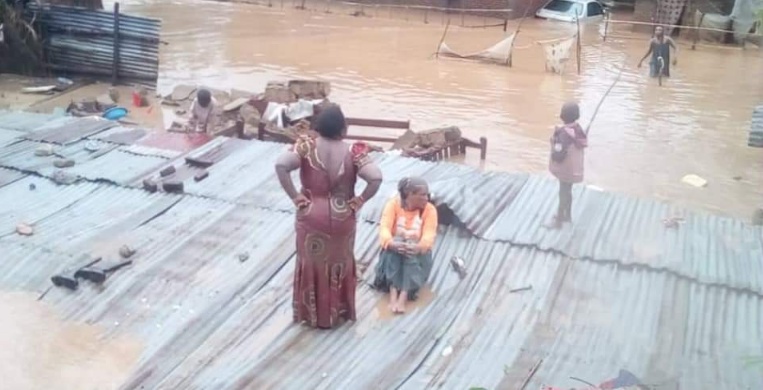 Heavy rains from April 16 to 17, 2020, triggered severe flooding in parts of the Democratic Republic of Congo, resulting in significant damage and destruction. As of April 20, at least 36 fatalities were reported, 42 people were injured, and more than 77 000 have been left without shelter.

According to the United Nations Organization Stabilization Mission in the Democratic Republic of the Congo (MONUSCO), the city of Uvira and surrounding areas in South Kivu have been the worst affected.

The Mulongwe river broke its banks, sending floodwaters that damaged homes and properties. Provincial governor Theo Kassi said at least 3 500 homes had been destroyed. Search operations are ongoing for residents under the rubble of collapsed houses.

"The Congolese Red Cross, humanitarian actors, and volunteers are searching for missing victims," the organization stated.

The flooding resulted in at least 36 fatalities– 26 of which were in the City of Uvira and 6 in the Territory of Uvira. More than 40 people sustained injuries that required hospital treatment.

Initial estimates mention 3 500 destroyed homes, 15 000 damaged, and 7 damaged or destroyed bridges in Runingu, Luberizi, Sange, and Luvungi. More than 77 000 people were left without homeless as roads have also been cut off.

The facilities of the National Water Distribution Company (Regideso) were among the establishments severely hit. This has not only affected the water supply but also heightened the risk of cholera.

"If the death toll is evolving as the emergency services are moving, traffic must urgently be restored on the damaged roads, possible survivors who are still under the rubble of destroyed houses must be found and water supply in this area with nearly one million inhabitants should be quickly restored, in this difficult context of the coronavirus pandemic," MONUSCO said in a report.

The organization assured that they, alongside the crisis unit set up by authorities and humanitarian partners, have been actively involved in assisting the affected population. Victims have been evacuated from their flooded homes, including children and the elderly.

As a result of another assessment made with the provincial Minister of Infrastructure on several roads of Uvira, more particularly in Mulongwe district on Saturday, MONUSCO promised to build a 60 m (197 feet) long and 2 m (7 feet) high protective seawall on the river Mulongwe to channel the waters.

Heavy rain is forecast to continue over the eastern and southern portions of the country through April 22.

Floods in the DRC (Democratic Republic of Congo), Province of Kivu ( South)… torrential rains.., Pakistani soldiers of the MONUSCO Peace Contingent try to save villagers trapped by waters… pic.twitter.com/a1hP8AVkU2

We have just learned that there are extreme floods in Uvira (DR Congo). It is mainly the rivers arriving at Lake Tanganyika that have burst their banks. The images are terrible, the damage is enormous. There have also been dozens of deaths, especially #children . pic.twitter.com/dUzb2AMrPu