Authorities in the Democratic Republic of Congo have ordered a precautionary evacuation of part of the city of Goma on Thursday, May 27, 2021, in response to frequent earthquakes in the region after the eruption of Mount Nyiragongo on May 22.

Local military governor General Constant Ndima told the media they can't rule out a new eruption over land or under Lake Kivu.

"Current data of seismicity and soil deformation indicate the presence of magma under the urban area of Goma with an extension under Lake Kivu," Ndima said. "The situation can change rapidly, and is being constantly monitored."

The eruption might occur with very little or no warning signs, Ndima said, adding that several inhabited areas exposed to the risk of destruction will be evacuated. 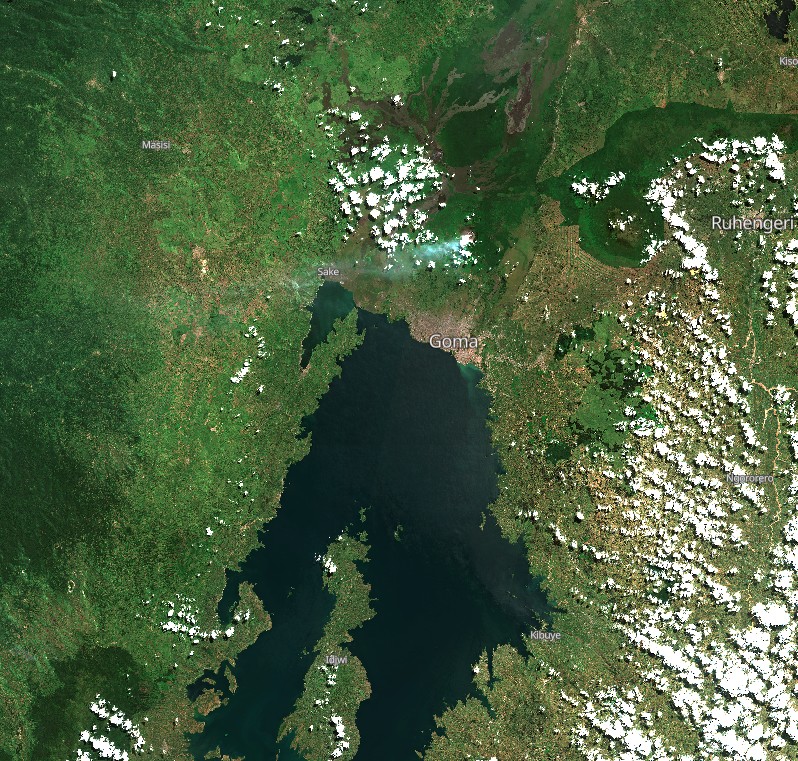 "Goma is still under persistent threat of repeated eruptions and earthquakes. This requires the government to activate as a precautionary measure a gradual evacuation plan for residents as soon as possible before the threat is completely eliminated," the Ministry of Communication and Media said Thursday.

Ndima said evacuation is necessary and should be done calmly and without rushing.

The government has arranged transport toward Sake, some 20 km (12.4 miles) west of Goma.

"People should take the bare minimum with them, to make sure everyone has a chance to get on," he added.

At least 2 fissures opened up on the lower southern flanks of Nyiragongo on May 22, 2021. Lava from the first fissure, originating near the Shaheru crater, flowed east over a major road (N2) and then south. The second fissure produced lava flows that traveled south, overtaking and setting fire to many houses and structures in communities north of Goma. 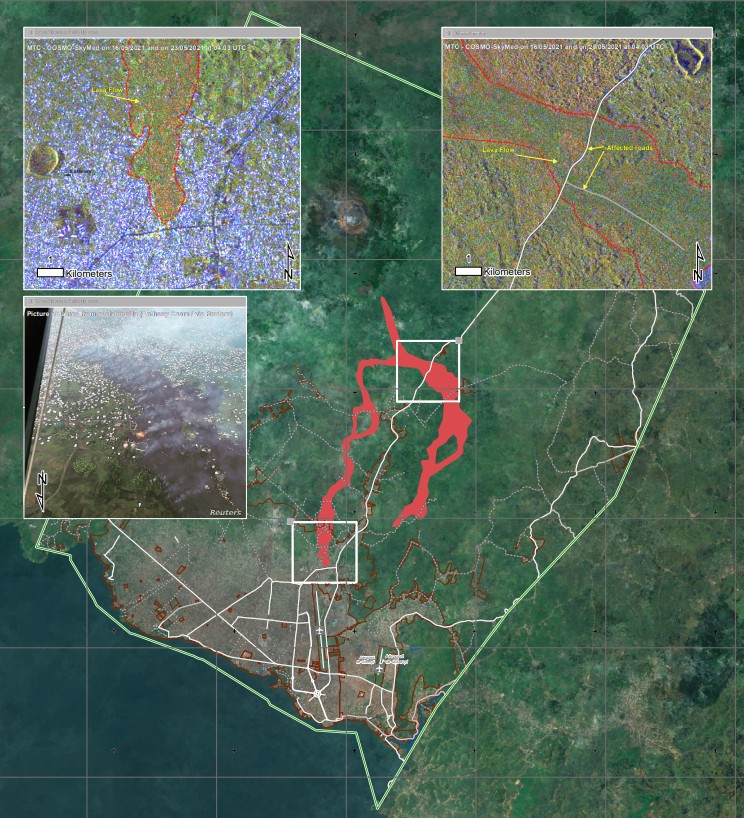 Initial reports indicate that about 32 people had died, about 12 from lava and gas asphyxiation while crossing lava flows, and most of the rest from accidents while fleeing. Several people, including many children, remained missing, though families were continuing to be reunited.

Seismic data during May 22 – 24 showed events seemingly propagating from the summit area to the south into Lake Kivu, GVP reports. Several strong earthquakes shook buildings in Goma, causing some to collapse and injure people. Local media reported that tremor was felt about every 30 minutes beginning around 12:00 LT on May 23. Both airports in Goma closed for security reasons. Hundreds of buildings in neighboring Rwanda were damaged.

Cracks a few 10s of cm wide opened in different parts of the city on May 25. The cracks stretched for several hundred meters from the northern city limit down to the lake, and were nearly 100 m (330 feet) long near the airport. Some of them were hot and emitting gasses, and some were flaming.

The extremely fluid 1977 lava flows caused many fatalities, as did lava flows that inundated portions of the major city of Goma in January 2002. (GVP)