A moderately strong eruption took place at Indonesia's most active volcano — Mount Merapi, on Friday, March 27, 2020, ejecting ash up to 7.8 km (25 500 feet) above sea level and forcing authorities to raise the Aviation Color Code from Green to Red. This is Merapi's second major eruption this month. 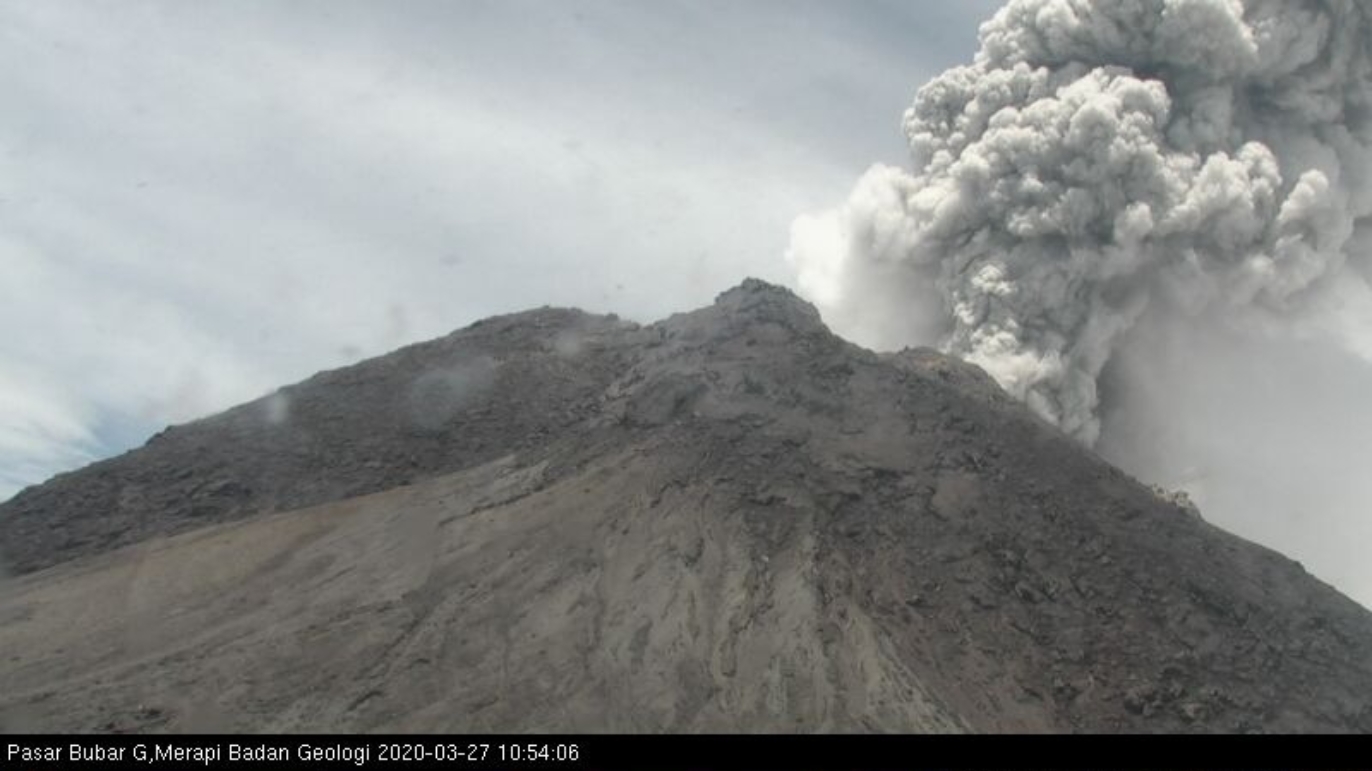 National disaster mitigation agency spokesman Agus Wibowo said there have been no reports of damage. "We urge people to stay calm and not panic," he added.

Residents are advised to stay away from the summit within a 3 km (1.9 miles) radius.

The eruption came without a clear precursor– a day prior, only three volcanic earthquakes were recorded, volcanologist Tom Pfeiffer of the Volcano Discovery reports. "This type of eruption can thus, occur with little to no warning."

It is also 'an indication that the (currently slow) supply of magma into the volcanic edifice is still ongoing.' The last estimated volume of the lava dome was 291 000 m3 (10.3 million ft3) on February 19.

On March 2, a high-level eruption took place at the volcano, shooting ash up to 10.7 km (35 000 feet) above sea level. The Adi Soemarmo International Airport in Surakarta temporarily closed following the explosion.

Mount Merapi's last major eruption was in 2010, resulting in more than 300 fatalities and the displacement of 280 000 residents.