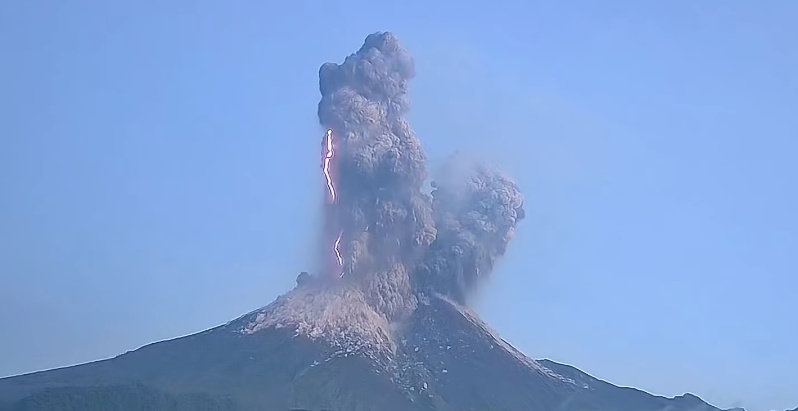 The eruption was recorded on the seismogram with a maximum amplitude of 75 mm and a duration of 450 seconds. It was heard as far as 30 km (18 miles) away.

The Aviation Color Code was raised from Orange to Red at 22:50 UTC.

Adi Soemarmo International Airport in Surakarta has been temporarily closed following the eruption.

PVMBG reported that the volume of Merapi’s summit lava dome decreased after the February 13 eruption which produced a 2-km-tall (1.2 miles) ash plume, ejected material within 1 km (0.62 miles), and caused ashfall within a 10-km (6.2 miles) radius.

Merapi, one of Indonesia's most active volcanoes, lies in one of the world's most densely populated areas and dominates the landscape immediately north of the major city of Yogyakarta. It is the youngest and southernmost of a volcanic chain extending NNW to Ungaran volcano.