The city of Sao Joaquim in Santa Catarina, southern Brazil, recorded its fourth frost of summer 2020 in February, according to the municipality's online agency. This was also the second cold blast in the country for the month, which is considered extremely rare.

The record was registered at Vale do Caminhos da Neve, which was about 3 km (2 miles) from the municipality's center.

This was the second mass of cold and strong wind in the month of February, which meteorologists consider to be extremely rare, the Sao Joaquim Online agency noted.

"The dry and stable air that influences the sectors of the West to Serra provides milder minimums varying between 9 to 16 °C (48.2 to 60.8 °F)," wrote Piter Scheuer, a meteorologist from the Federal University of Santa Catarina (USFC).

"And [it was] little higher in the East of the state (cold and humid air)," he added, along with a minimum temperature map of Santa Catarina. 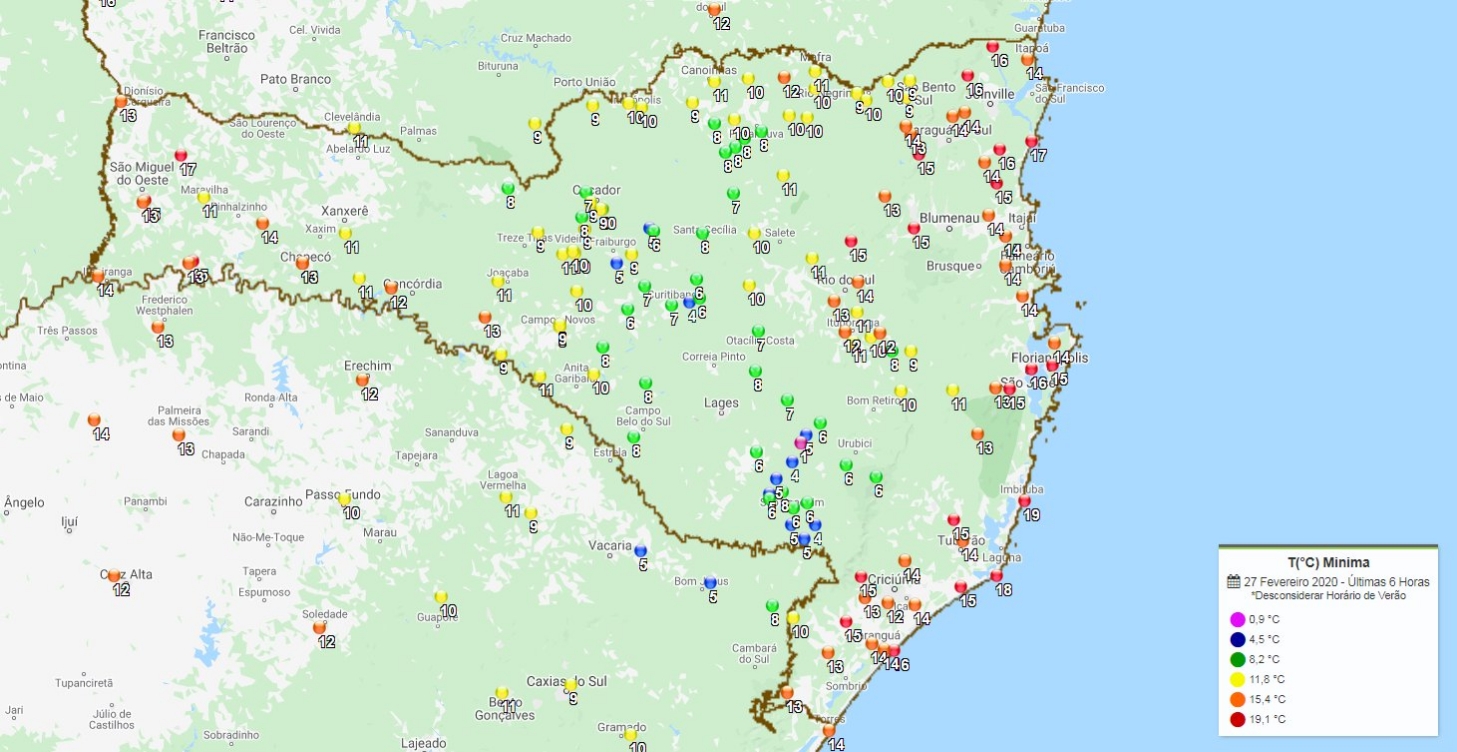