The trajectory stretched over the northwestern region near the Dutch border. "It was beautiful as if a huge rocket suddenly fell from the sky," said a person from Gelderland.

The event was also spotted by people from as far away as Newport in England and Centre-Val de Loire in France.

"[I] Have seen many small streaks across the sky but this was quite alarming as [it] was [a] very very large blue/green descending almost vertically," stated another viewer from England. "[I've] never seen anything so big and bright fall from the sky."

One spectator said that the fireball traveled in a vertical manner and described the colors to be "orange, red, white, and a hint of blue."

A person from Ile-de-France shared his experience, saying, "It crossed the horizon from top to bottom like a missile, giving off an intense clear green light."

"Since it was quite cloudy, the cloud became bright and also glowed green," remarked a resident from North Rhine-Westphalia, where the event trajectory occurred.

Klaas Jobse, an operator of the Astronomy Project Oostkapelle in the Netherlands, was able to capture it on camera.

The image showed the object exuding vibrant colors from green on the tail, blue on the middle portion, to orange and red– just like how witnesses described it.

The International Meteor Organization (IMO) estimated the size at around 2 m (6.5 feet) and the speed at 14 km/s.

"We were able to calculate a preliminary source energy of the entering asteroid of about 0.27 kt TNT. With an assumed velocity and density of 14 km/s and 3000 kg/m3, respectively, the size would be around 2 m [6.5 feet] diameter, with a mass of about 10 t." 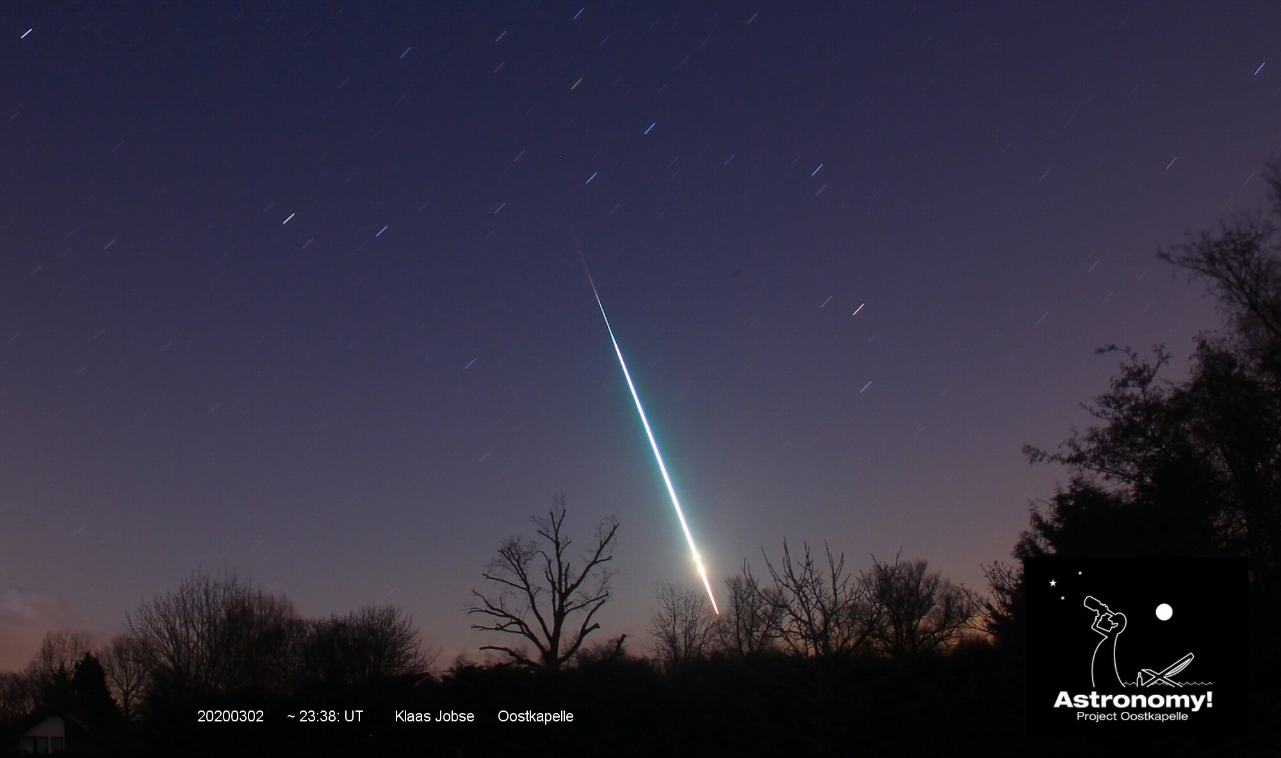 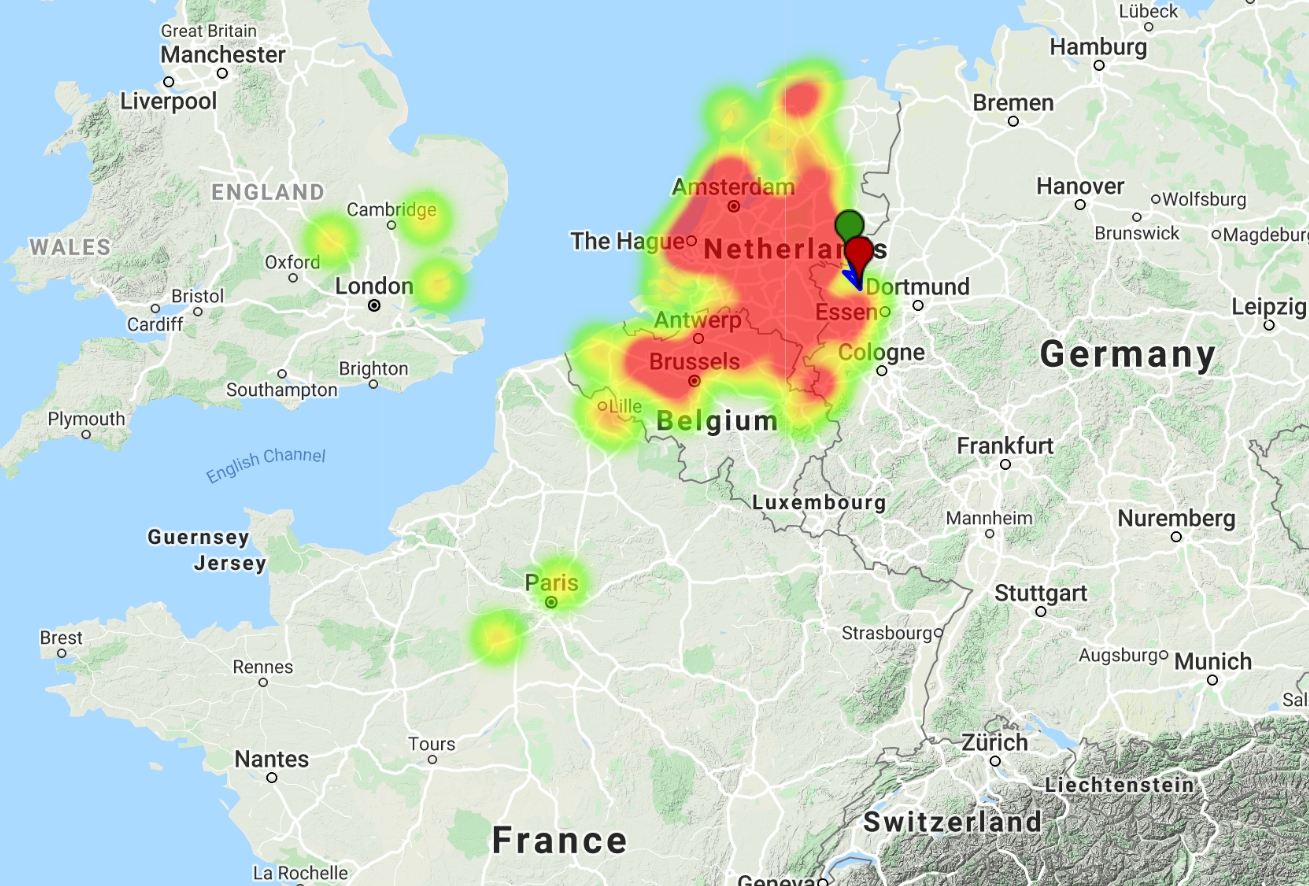