Tropical Cyclone "Esther" made landfall near the border of Northern Territory and Queensland as a Category 1 system on Monday, February 24, 2020. The storm had sustained winds near the core of 60 km/h (37 mph) with gusts to 95 km/h (59 mph), moving west at 14 km/h (9 mph). According to a bulletin issued by the Bureau of Meteorology (BOM) at 09:28 UTC, the storm has now weakened into a tropical low while another tropical cyclone was seen strengthening off the coast of Western Australia.

Category 1 Esther hit between Mornington Island (QLD) in the Gulf of Carpentaria and the border with Northern Territory after midday LT on Monday. Although the storm has already weakened, BOM is still urging residents to remain cautious as chances of heavy rainfall, abnormally high tides, and damaging wind gusts remain.

"People in that region are advised to stay inside until the cyclone has passed," said bureau forecaster Lauren Pattie. Gale-force winds impacted areas along the coastline of the Gulf of Carpentaria.

Esther was also affecting the east coast of Queensland, with heavy rainfall from the state's north to its central coast. Parts of the Mackay region registered 200 mm (8 inches) of rain within 24 hours, Pattie added.

Tropical Cyclone Esther has made landfall near the NT/Qld border as a category 1 system. Hazards include gales, heavy rain and a storm tide. The radar shows convective bands steered towards the centre of Esther. Stay safe with the latest warnings https://t.co/3raOpNINaF pic.twitter.com/AUR8paLrMy

"There will be good rainfall through northern parts of the Barkley, mostly during Tuesday and Wednesday, in areas north of Tennant Creek," said BOM forecaster Bradley Wood.

The system is expected to head west into the Northern Territory, possibly bringing rains over the next two days before affecting Western Australia later in the week.

"As that system moves through the Gregory district, we're expecting that rain to move further west, and that includes western parts of the top end, including Darwin." 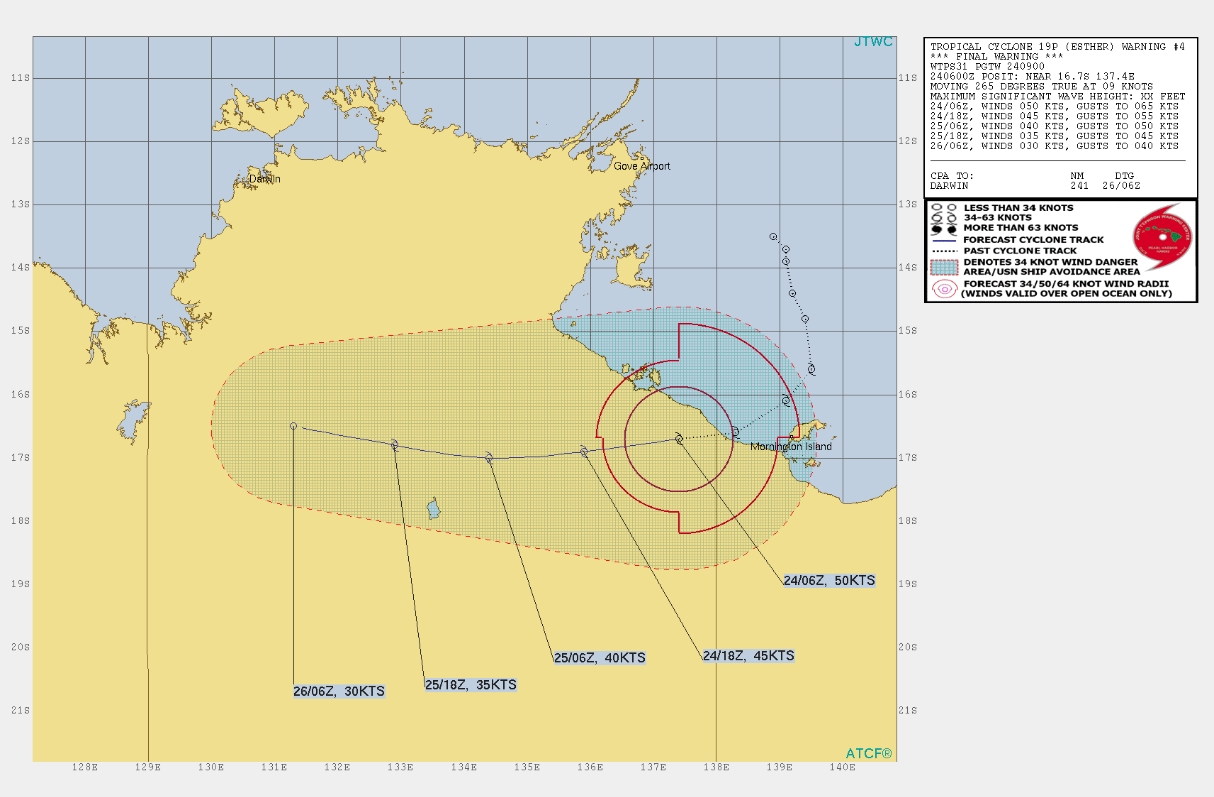 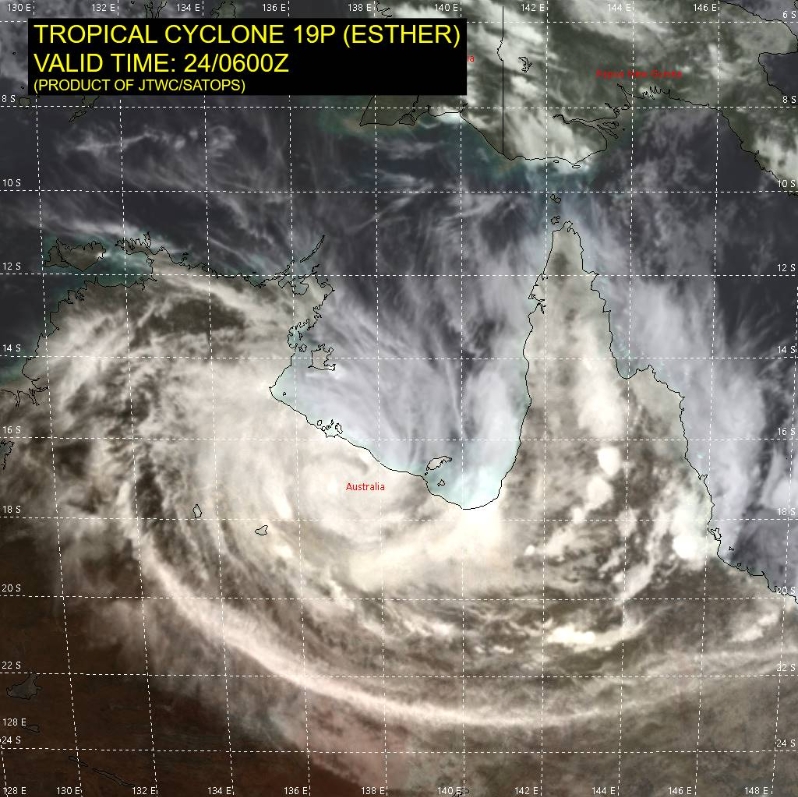 Meanwhile, another tropical low that developed over the seas between Indonesia and Australia was seen intensifying into a Category 1 tropical cyclone on Monday. BOM has named the system Ferdinand.

"Ferdinand is likely to move slowly towards the west southwest over the next few days and intensify, reaching category 3 intensity on Tuesday," BOM said in its bulletin. Furthermore, the system will remain well north of the WA mainland. No major impacts are expected over the area.

Tropical #CycloneFerdinand has developed well off the WA coast in the Timor Sea.The Category 1 system will remain offshore with no significant impacts expected for WA mainland. For current info: https://t.co/TH6oLaVUjz @BOM_WA pic.twitter.com/VJrmN7j34d 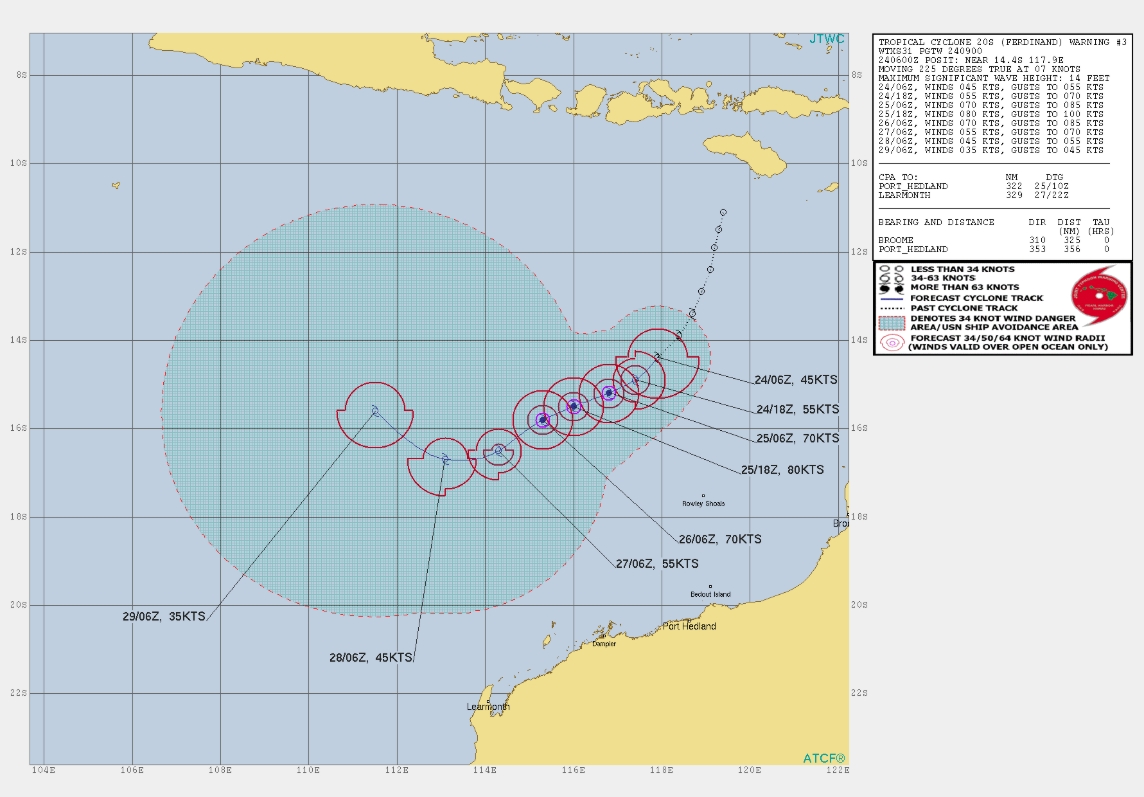 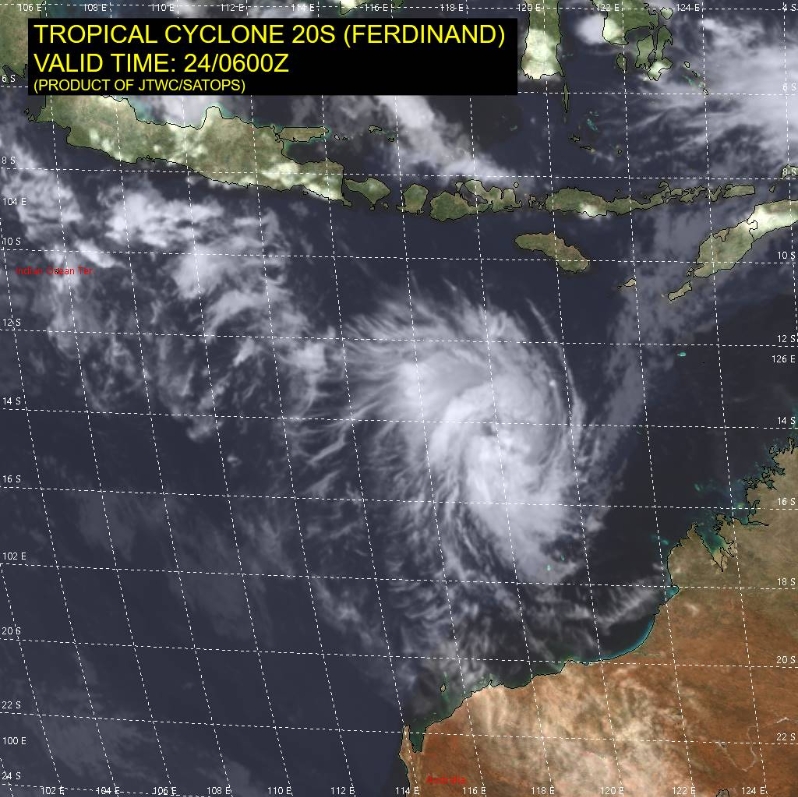 Know your weather. Know your risk. For the latest information visit https://t.co/7DUITsTaz7 and follow advice from emergency services. pic.twitter.com/1C4FIQtu1C