An Australian man who was injured during White Island volcanic eruption on December 9, 2019, has died, becoming the 20th fatality of the disaster, officials confirmed on Monday, January 13, 2020. According to GeoNet's bulletin on January 15, the volcano remains at Level 2 alert and code Yellow or elevated state of unrest.

The man was identified as Paul Browitt, who succumbed to injuries on Sunday night, January 12. His two daughters, Krystal Browitt and Stephanie Browitt, were also caught in the December 9 explosion.

Stephanie Browitt, 23, survived and was taken to Alfred Hospital in Melbourne three days after the disaster. Krystal Browitt, 21, died and was among six retrieved from the island days after the devastation.  Maria Browitt, Paul's wife, escaped injury as she had stayed on a cruise ship while her family was on the island.

According to health authorities, out of 23 victims who remain in hospitals in New Zealand and Australia, at least five are still in critical condition. As for the two other victims in Sydney, authorities refused to make a comment as per the victims' relatives' requests.

Lisa Dallow from Adelaide, 48, continues to receive specialized burn care at Alfred Hospital, along with Stephanie Browitt. Lisa's husband Gavin Dallow, 52, and daughter Zoe Hosking, 25, were killed in the explosion. 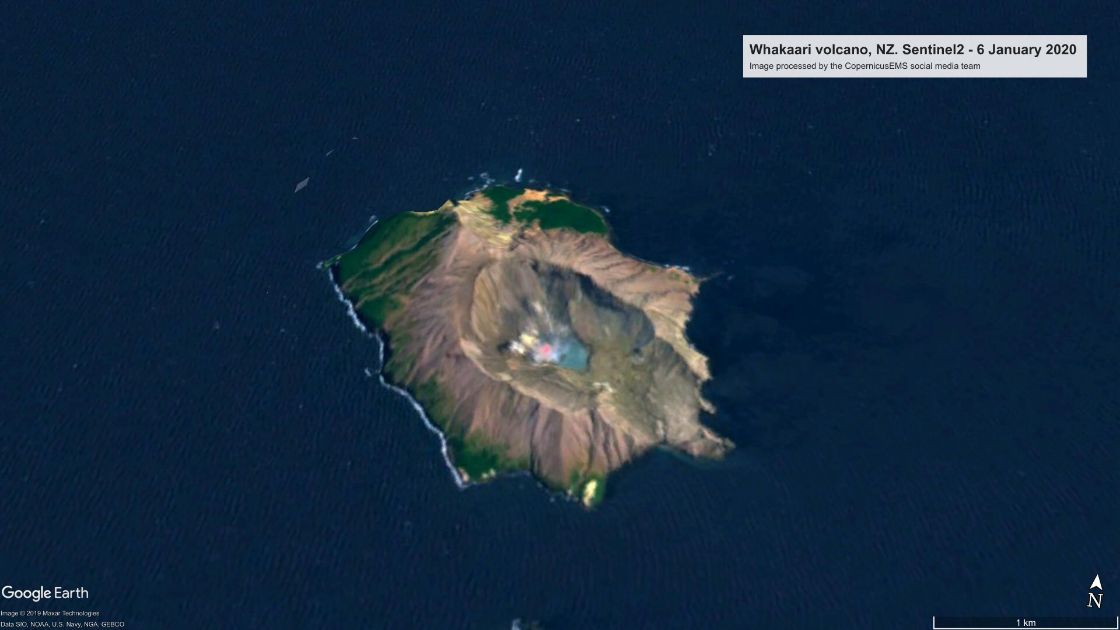 In a bulletin released by GeoNet on Wednesday, January 15, White Island volcano, also known as Whakaari, remains in a heightened state of unrest. Very hot gas and steam continue to gush from volcanic vents.

"Further large explosive eruptions are very unlikely on any given day, in the next four weeks," GeoNet wrote. Moreover, the Volcanic Alert Level remains at Level 2, as well as the Aviation Color Code at Yellow.

Aside from minor ash emissions on December 23 and 26, 2019, no major or powerful eruptive activity has been observed since the December 9 explosion.

Between January 8 to 10, 2020, three short-lived series of tremors occurred, accompanied by minor explosions from active vents. SO2 gas emission rates are also within the normal range. "This suggests there is no fresh movement magma since making it to the surface," GeoNet said.

GeoNet noted that an explosive eruption from the active vent area is still possible and may happen without precursory. "This style of eruption could be driven by the collapse of unstable material around one of the vents, or by a marked decrease in gas emissions allowing water from the reforming crater lake or geothermal system to enter the active hot gas vents."

If any explosive activity produces an ash cloud, the possibility of ash having an impact on the mainland remains low, GeoNet added.

"All our monitoring equipment on the island is operating and the camera feeds have been re-established on the monitoring web pages."