Typhoon "Kammuri," known as Tisoy in the Philippines, maintains its strength while moving westward toward the Philippines. Landfall is expected over Bicol Region late December 2 into 3, 2019 (local time). Kammuri is the 28th named storm of the 2019 Pacific typhoon season. Tropical Cyclone Wind Signal no. 1 (TCWS) is in effect for Luzon, Visayas, and Mindanao. 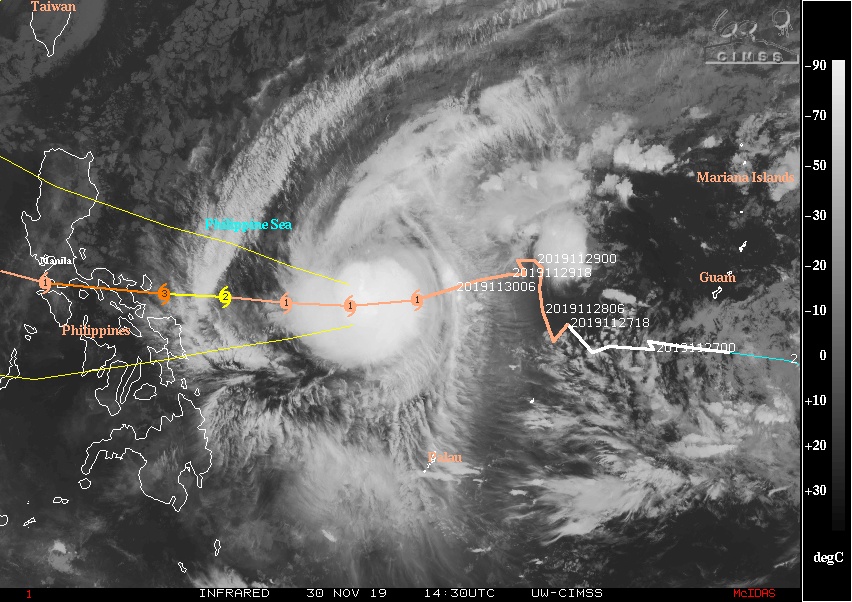 The typhoon is currently tracking along the southeastern periphery of an extension of the subtropical ridge to the north and is in a marginally favorable environment for development with low to moderate vertical wind shear offset by warm (29 °C / 84 °F) sea surface temperatures, very high ocean heat content values and robust poleward and equatorward outflow aloft, JTWC forecasters noted.

After that, Kammuri will begin to pass over Luzon where it will begin to weaken due to the frictional effects of land interaction.

Kammuri will begin to track southwestward after it enters the South China Sea on December 3 and weaken significantly as it begins to interact with a strong northeast surge event.

On November 28, PAGASA stated in a press conference that appropriate measures and linking with the 2019 SEA Games organizers have been in place in preparation for the typhoon, such as storm chasers and mobile radars dispatched to competition venues in Metro Manila and Central Luzon.

Local governments in Bicol Region have also begun their preparations. Rescue crews and equipment, and hospitals in Catanduanes, the province where Kammuri is forecast to make its first landfall, were placed on alert; preemptive evacuation, liquor ban, and suspension of work and classes were also ordered by the province's government. 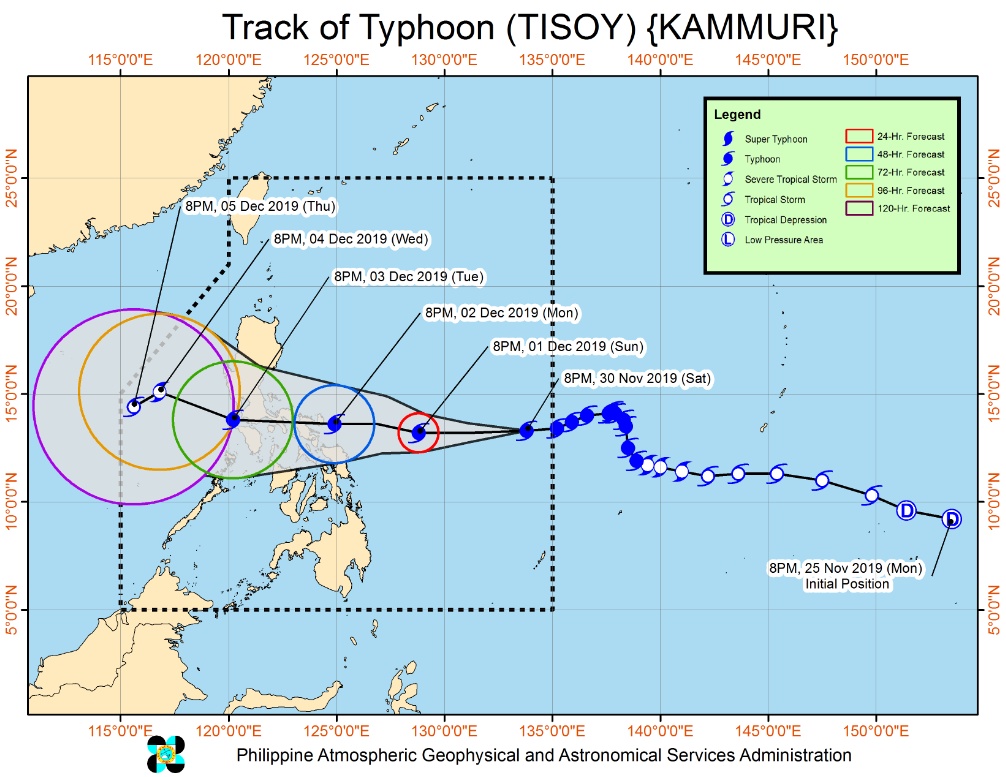 SEA Games organizers reported that a contingency plan has been set up in preparation for Kammuri. 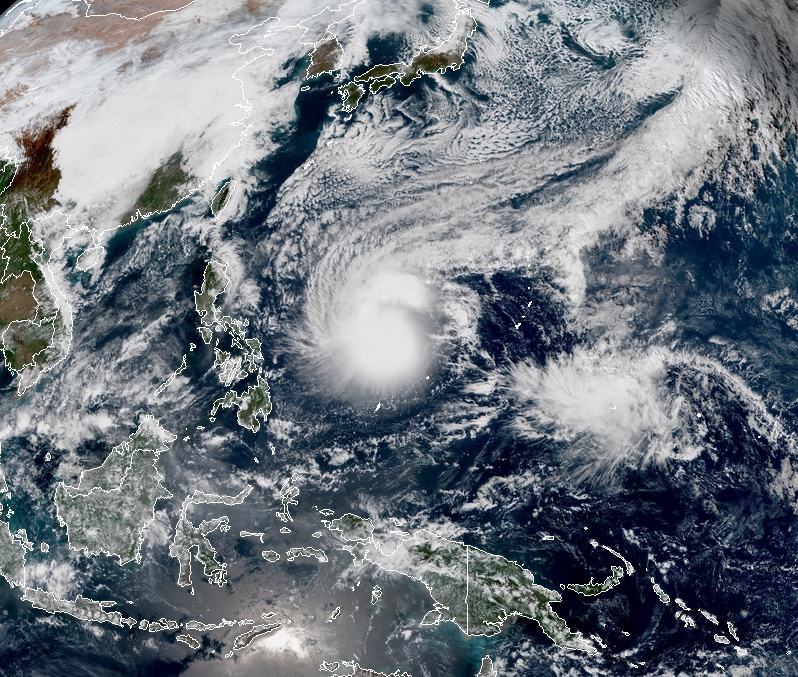