A series of unprecedented bushfires are burning across New South Wales, southeastern Australia on Friday, November 8, 2019. Over 1 000 firefighters have been battling more than 90 blazes, 17 of which are emergency-level, and strong winds.

Heat up to 35 °C (95 °F) have exacerbated the fires, many of which are in drought-affected areas.

"We are in uncharted territory," said Rural Fire Service Commissioner Shane Fitzsimmons. "We have never seen this many fires concurrently at emergency warning level."

Unprecented bushfire emergency in #Queensland and #NSW with warnings for 17 fires. The latest @CopernicusEU #Sentinel3 data from SLSTR provides a wide view of the situation as seen today in the local morning (NIR false color)@guardian. #NSWfires @BOM_SA @BOM_NSW @weatherdak pic.twitter.com/261rlzHYQj

This shows the dangerous conditions that have confronted firefighters and residents today. This is the crew from Warringah HQ at the Hillville fire near Taree. #nswrfs #nswfires pic.twitter.com/lIhnF8P1Qf

There are reports of residents trapped in their homes in several places, but the crew was unable to reach them yet dude to the strength of the flames.

The Rural Fire Service tweeted on Friday that "due to the size and speed of the fires we couldn't get to everyone, even by road or helicopter."

Fires are raging across about 1 000 km (621 miles) of Australia's coast, widening the emergency response. Warnings were also issued on Friday for bushfires blazing in Queensland and Western Australia. People are urged to seek shelter from fires.

Along with more than 1 000 firefighters, authorities have also deployed 70 aircraft to save as many people as possible with around 92 000 residents affected, according to Fitzsimmons.

At 9pm, there are 85 fires burning across NSW, with 49 yet to be contained. 15 fires remain at Emergency Warning, although weather conditions are beginning to ease. Despite this, there are still many hours of difficult firefighting ahead for our crews. #nswrfs #nswfires pic.twitter.com/ShroU8461K

Photos on social media showed bright orange skies and thick smoke blanketing towns throughout the region, with some locals describing the situation as apocalyptic.

As of 17:30 LT on November 8, 57 fires are burning out of control. "If you are near these fires, your life is at risk and you need to take action to protect your life," the NSW RFS said on Twitter.

According to the fire service, a number of blazes are becoming more intense and more dangerous that some were producing their own weather conditions. Fire clouds– which can spawn lightning without rain– were also developing.

Hot air and thick smoke rising above the NSW fires is causing pyrocumulus clouds to form over the state's northeast. These clouds are capable of creating their own wind and sometimes thunderstorms. pic.twitter.com/0ltTe5GheN

"These [fire clouds] are extremely dangerous. Do not be caught in the open," the NSW RFS warned.

Major roads and highways have been closed, and motorists have been advised to avoid non-essential travel at the moment. Moreover, at least five schools have also closed.

"To have 17 fires concurrently burning at [an] emergency alert level is without precedent in the state of New South Wales," Fitzsimmons said.  "We've simply never had this number of fires burning at the same time."

The fire service has received reports of injuries and damage to establishments. According to Fitzsimmons, the high concentration of fire and extreme volatility and extraordinary fire behavior was being driven by a drought-stricken landscape and hot, dry, windy conditions.

78 fires are blazing in total, destroying several properties. No fatalities have been reported.

The Pacific Highway remains closed between Taree and Bulahdelah, and at Port Macquarie between the Oxley Highway and Hastings River Drive Four of the state's 21 fire areas will have total fire bans on November 9.

I don't think I've ever seen plumes of smoke like this.

Thoughts are with anyone affected by this fires. It's one of the worst seasons on record! 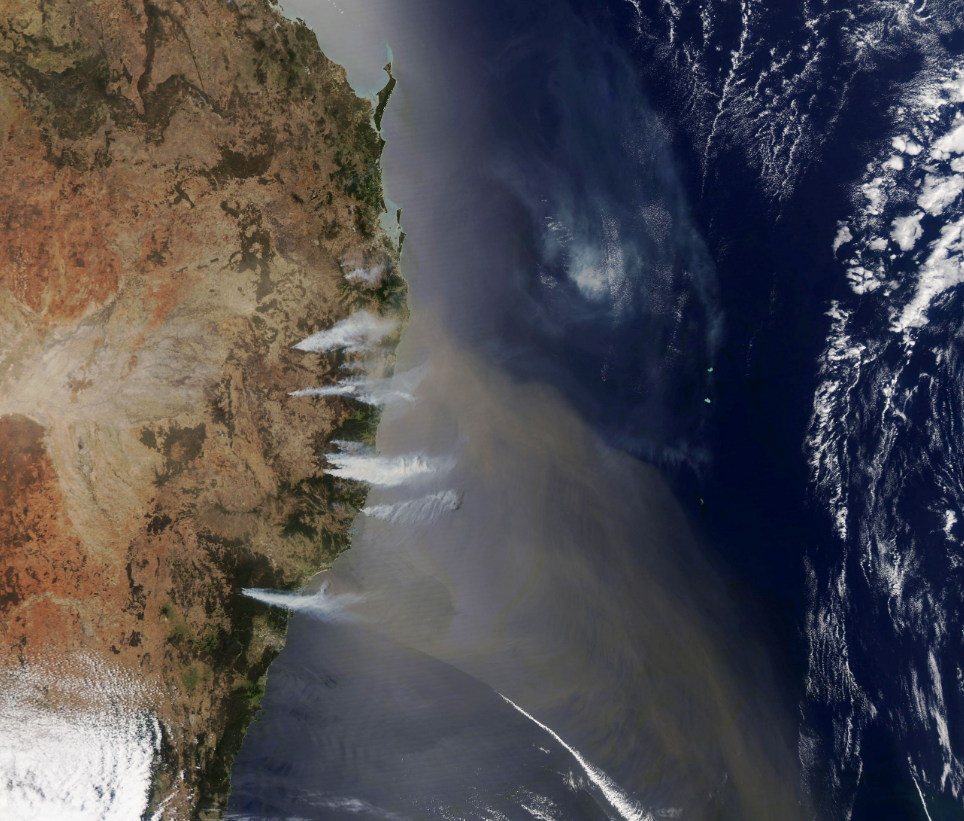 These are the conditions facing firefighters and residents at the Hillville fire south of Taree. Conditions are dangerous and if you're in the path of the fire, your life is at risk. #nswrfs #nswfires pic.twitter.com/jVoL0OdLmC

As of around 02:00 LT November 9, an update from the NSW RFS said 12 fires remain at the emergency warning, with firefighters still working.

12 fires remain at Emergency Warning due to erratic fire behaviour and threats to homes. Firefighers are working hard to protect homes where they can, and provide assistance to communities. The wind change continues to move through #NSW bringing with it strong winds #nswrfs pic.twitter.com/lD4yI5y3Nk