A recurrent, positive polarity coronal hole high speed stream (CH HSS) is anticipated to rotate into an Earth-connected position on October 24. As a result, a G1 – Minor Geomagnetic Storm Watch is in effect for Thursday and Friday, October 24 and 25, 2019.

A co-rotating interaction region (CIR) is expected to precede the CH HSS and is forecast to arrive mid to late UTC-day on October 24. Effects from CIR arrival, coupled with CH HSS onset, are likely to cause geomagnetic responses to G1 storm levels, SWPC forecasters said.

Elevated solar wind speed due to the CH HSS is forecast to continue into Friday, October 25, and likely result in an additional early period of G1 storm levels.

This CH HSS has been a persistent feature for a few rotations and has a history of causing geomagnetic storm conditions (August 31 – September 1, and again September 27 – 28). 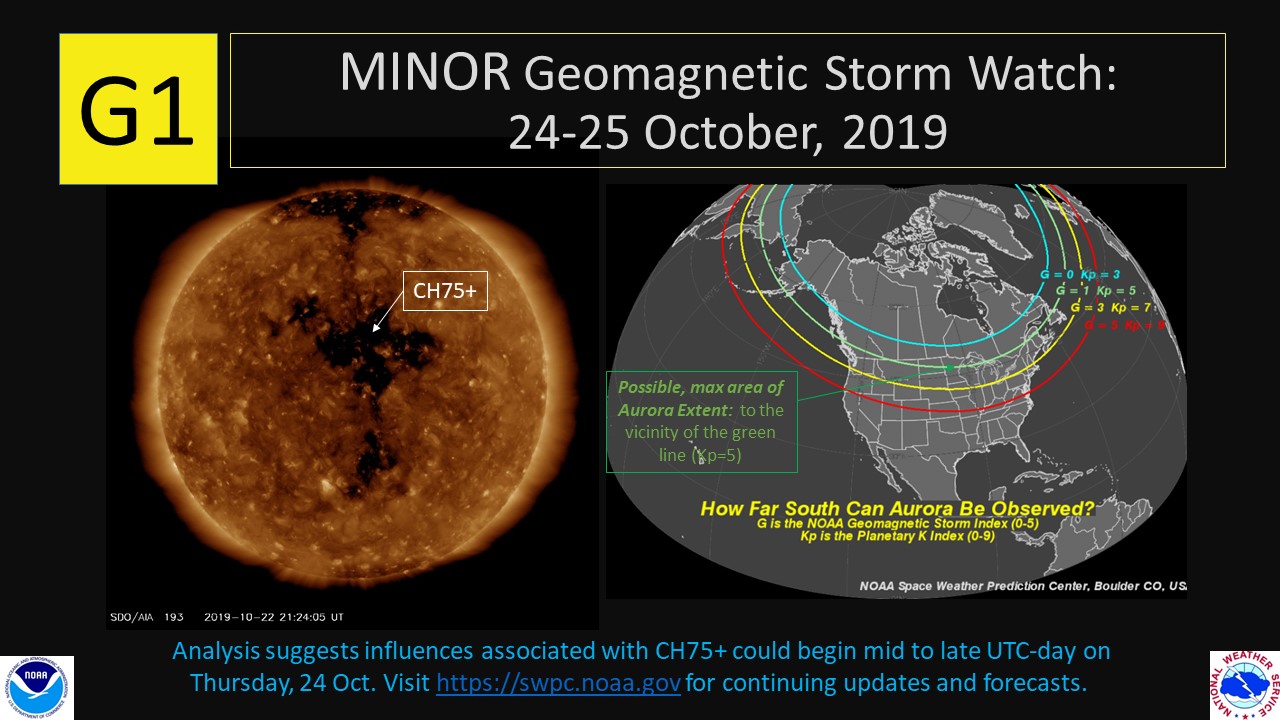 There were no sunspots observed on the Earth side of the Sun for the past 20 days. As of October 22, the Sun has been spotless for 219 days or 74% so far this year.