At least 193 people have been killed across parts of India in floods and landslides caused by exceptionally heavy monsoon rains since August 1, 2019. Dozens of people are still missing and the death toll is expected to continue rising in the days ahead.

In addition, the authorities have evacuated around 1 million people into emergency camps in recent days. 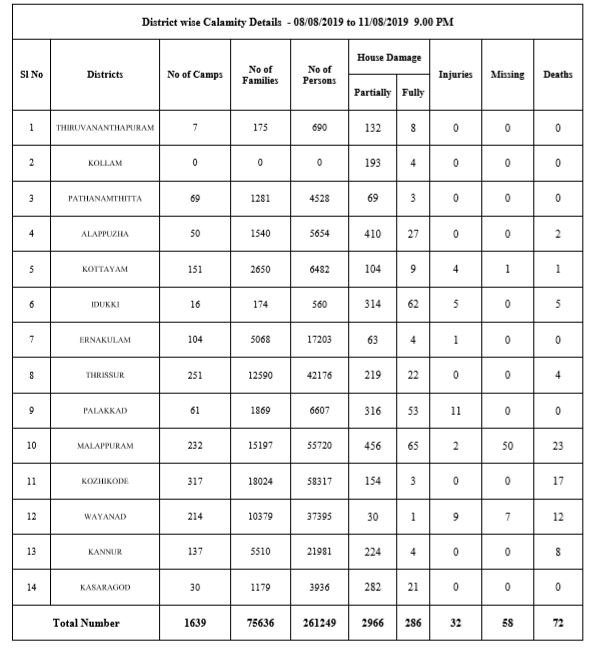 Flight operations at the Kochi international airport resumed on Sunday afternoon, August 11, two days after it was shut due to inundation of the runway area.

Heavy rain is forecast for two more days. Red alert is in effect for Kannur, Kasaragod and Wayanad.

At least 42 people have lost their lives in Karnataka and over 580 000 were forced to evacuate after unprecedented floods hit the state.

300 homes, 5 bridges and numerous roads and highways were damaged or destroyed.

Large-scale rescue operations are in progress.