Typhoon "Lekima" – the 9th named tropical cyclone of the 2019 Pacific typhoon season, made landfall in Wenling, Zhejiang Province, China at about 01:45 LT on August 9, 2019, with winds of 187 km/h (116 mph). It then turned north toward Shanghai, bringing heavy rain and strong winds.

According to official sources, the cities of Taizhou, Wenzhou and Ningbo were hit especially hard.

At least 18 people have been killed and 16 remain missing after a large landslide hit the region. At least 200 homes across Zhejiang have been destroyed as well as 66 300 ha (163 830 acres) of farmland.

Nearly 300 flights were canceled, and ferry and rail services were suspended as a precaution in Zhejiang province. More than 250 000 people were evacuated in Shanghai, where the high-speed maglev train that links the city to one of its airports was suspended. More than 110 000 people were housed in shelters, Xinhua reports. 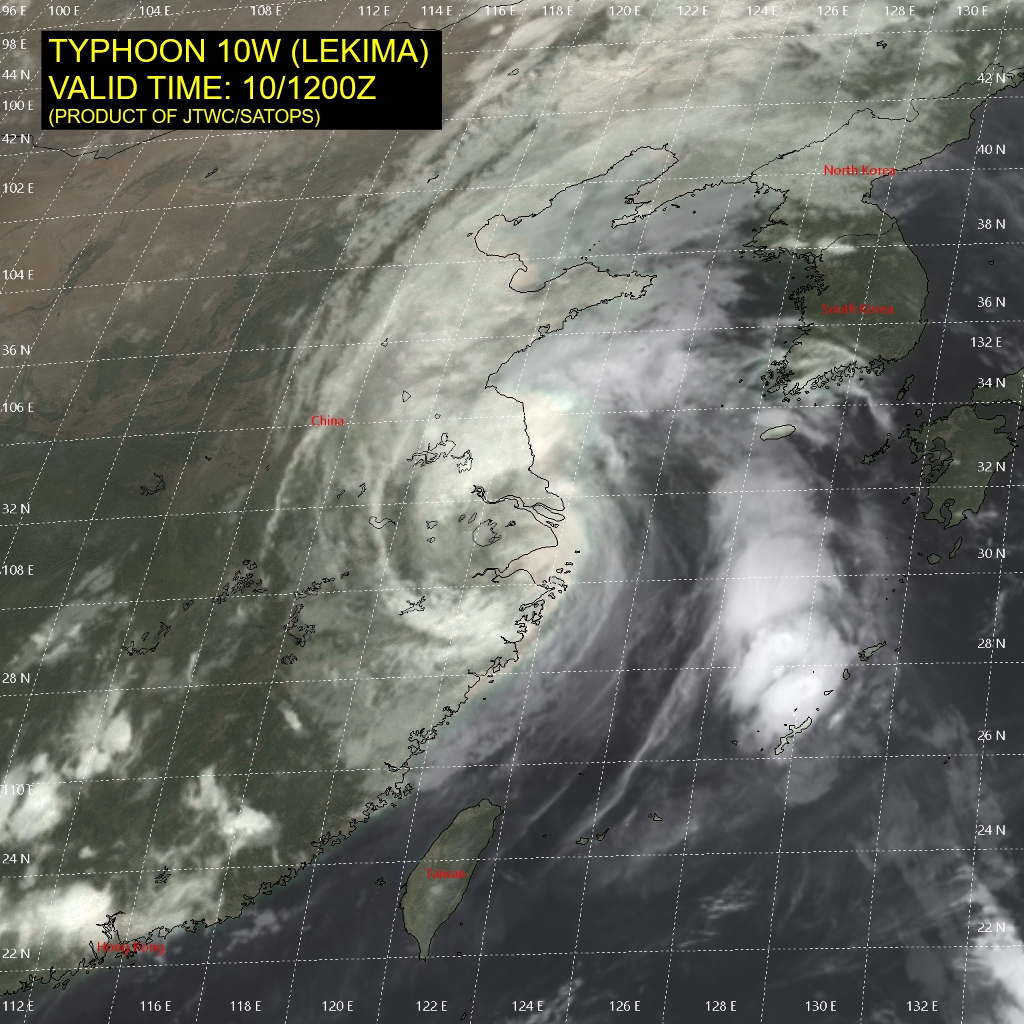 More heavy rain was forecast for the Shanghai area as well as the eastern provinces of Anhui, Fujian, Jiangsu, and Zhejiang, with authorities warning of possible flash floods, mudslides and landslides caused by the downpours.