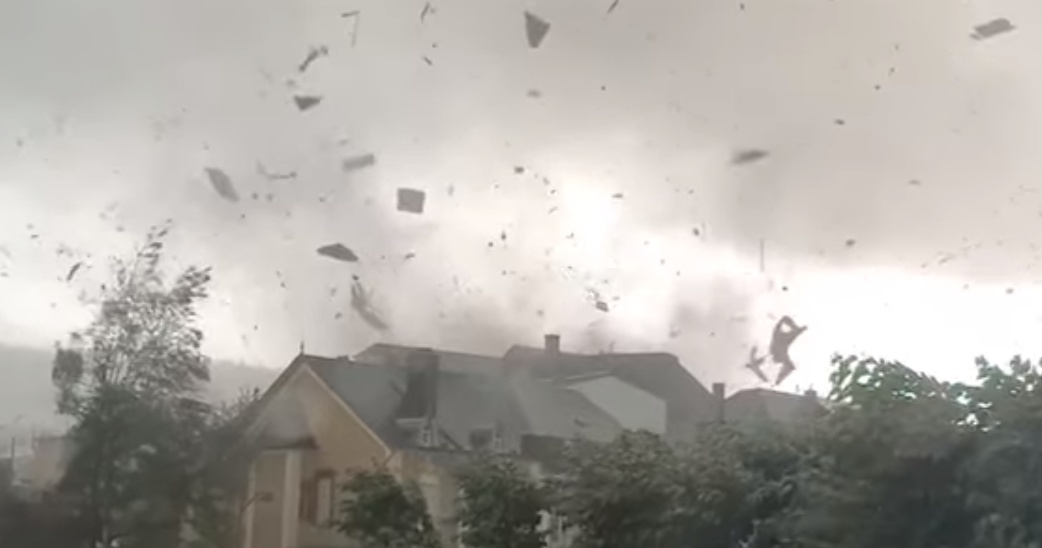 A major tornado hit the city of Petange in southern Luxembourg at 17:30 LT on Friday, August 9, 2019, causing significant damage and injuring at 19 people.

According to reports released Saturday, August 10, 19 people were injured, two of them seriously. The tornado hit the communities of Petange and Kaerjeng, leaving a path of destruction that made up to 100 homes uninhabitable.

The tornado was less severe in nearby France, but local media there reported that dozens of roofs were destroyed and cars were damaged in the communities of Longwy and Herserange. Tornadoes are a very rare weather condition in Europe, which is more typically hit by gales.

Another tornado hit Oosterdok, the Netherlands just a couple of hours ago: