This was an aftershock of M5.8 quake (M6.0 CENC) which hit nearby Changning county on June 17, claiming at least 13 lives. Sichuan provincial earthquake forecast and research center said.

Some of the old and empty houses close to the epicenter collapsed, but there were no people inside as most of the villagers are still living in tents.

11 people were hospitalized after and 8 left the hospital with only minor injuries. 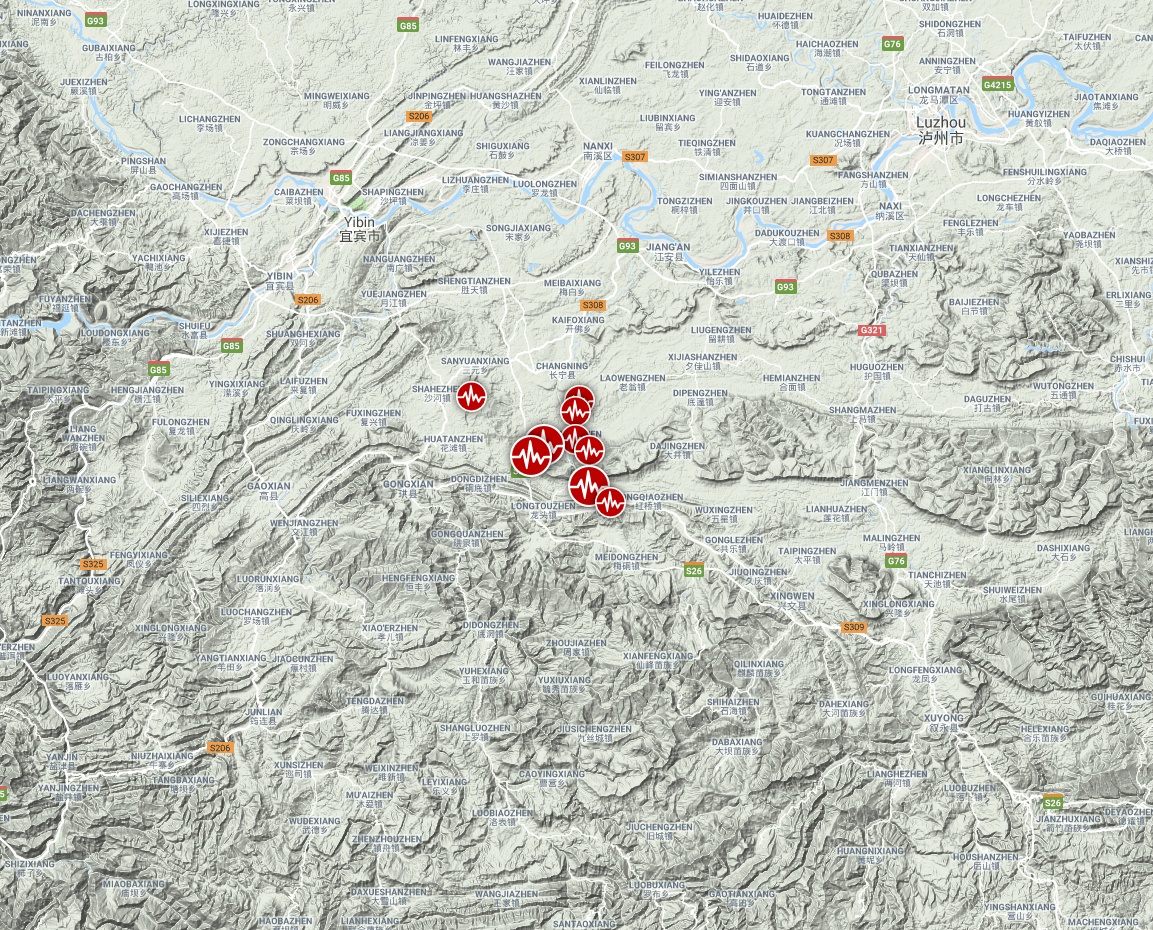 A total of 147 aftershocks above 2.0 magnitude had been recorded as of Saturday after the quake on June 17, including three with a magnitude between 5.0 and 5.9, the Sichuan Earthquake Administration said.

Yibin residents received the earthquake warning for the Saturday earthquake five seconds before the seismic wave arrived, Global Times reported. Research has found that being aware of an earthquake even three seconds before it hits can save 14% of casualties, and 20 seconds' warning can save 63%. The warning system sends alerts to areas around the epicenter via television, cellphone, broadcasts and other terminals. The system covers 31 provinces and municipalities and has issued 40 earthquake warnings.