CLASP-2 sounding rocket will catapult above Earth's atmosphere for approximately 5 minutes of solar observation today. The launch will take place at the White Sands Missile Range in the New Mexico desert.

CLASP-2, short for Chromospheric Layer Spectropolarimeter-2 instrument uses ultraviolet light to look for hidden details in a complex region of the Sun's atmosphere called the chromosphere. Scientists hope that CLASP-2 experiment will help unlock new clues about how the Sun's energy travels up through the layers of its atmosphere, and eventually out into space.

To achieve that goal, a Black Brandt IX sounding rocket will catapult the instrument above Earth’s atmosphere where it will observe the Sun for about five minutes. There, it will take images, as well as polarization spectra – observations that restrict incoming light to a specific direction and then record the intensity of individual wavelengths of ultraviolet light. The team is focusing on obtaining polarization measurements never before gathered at these ultraviolet wavelengths. The experiment will then parachute back to the desert to be recovered by helicopter. 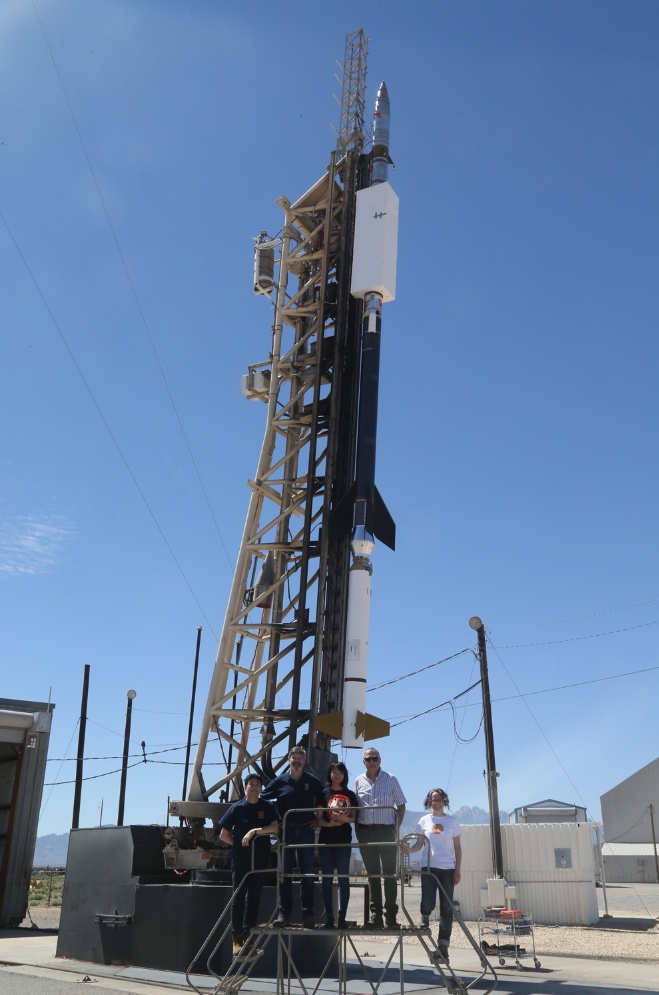