The death toll from the floods produced by extremely dangerous Tropical Cyclone "Idai" rose to 63 and the number of affected people to nearly 1 million on March 13, 2019. Heavy rain has also affected South Africa's KwaZulu-Natal, claiming lives of at least 3 people. Idai is an extremely dangerous cyclone expected to make landfall near Beira, Mozambique with maximum sustained winds between 180 and 200 km/h (112 – 124 mph).

187 temporary camps have been set up by the Government of Malawi in the affected districts. Damage assessments, search and rescue operations and aid distribution are still ongoing.

The Government of Mozambique reported 15 casualties on March 12, 4 in Zambezia and 11 in Tete Province.

Idai is forecast to continue west-southwest and it is expected to make landfall on March 15 as an intense tropical cyclone very close to Beira city, Mozambique with projected maximum sustained winds of 180 – 200 km/h (112 – 124 mph). 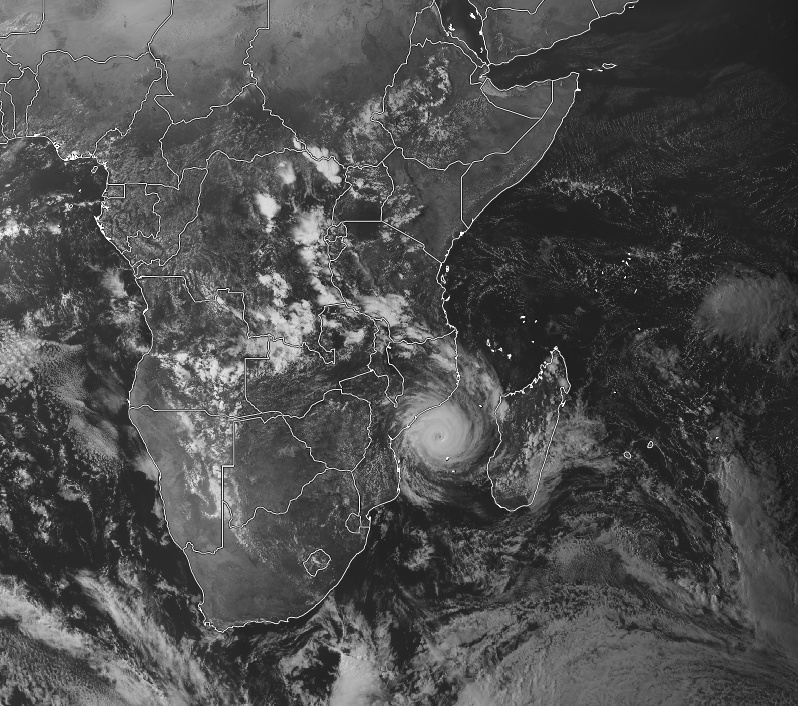 Heavy rain has also affected parts of KwaZulu Natal in South Africa. Severe flooding was reported in Inanda, Verulam and KwaMashu, where homes and a bridge were damaged.

The Province’s Cooperative Governance and Traditional Affairs said that at least 3 people have died in the flooding, but more are thought to be missing. 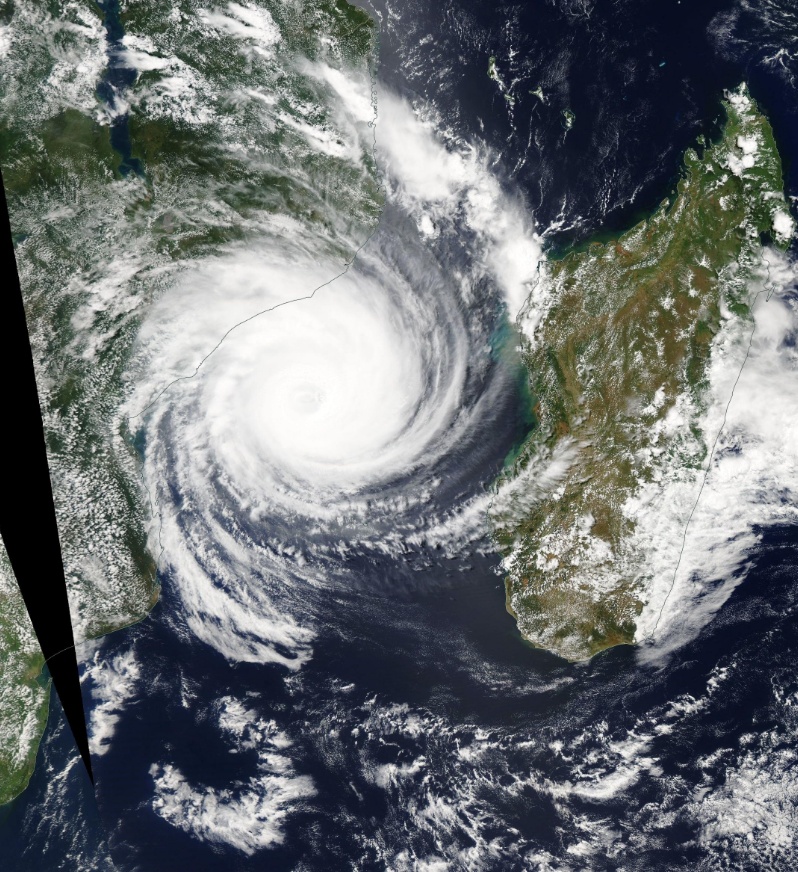 Idai's track began to bend westwards today and the cyclone is expected to make landfall during the evening or the night from Thursday to Friday, March 14 to 15, in a 100 km (62 miles) area around Beira as an Intense Tropical Cyclone, making the current Southwest Indian Ocean cyclone season a record-breaking one with 7 intense tropical cyclones.

Idai is an extremely dangerous system and should remain so at the time of landfall.

People living in the threatened area are urged to follow official recommendations and monitor the information issued by the Mozambican National Weather Service.

A dangerous storm surge, exceeding 3 m (9.8 feet) is likely south of the landfall. Potentially associated with the high tide, the surge could reach 4 m (13 feet) on the coastline and 7 to 8 m (23 – 26 feet) in the Pungwe River Mouth. Please note that this value does not take into account the tide and the sea level rise due to the cyclonic swell. 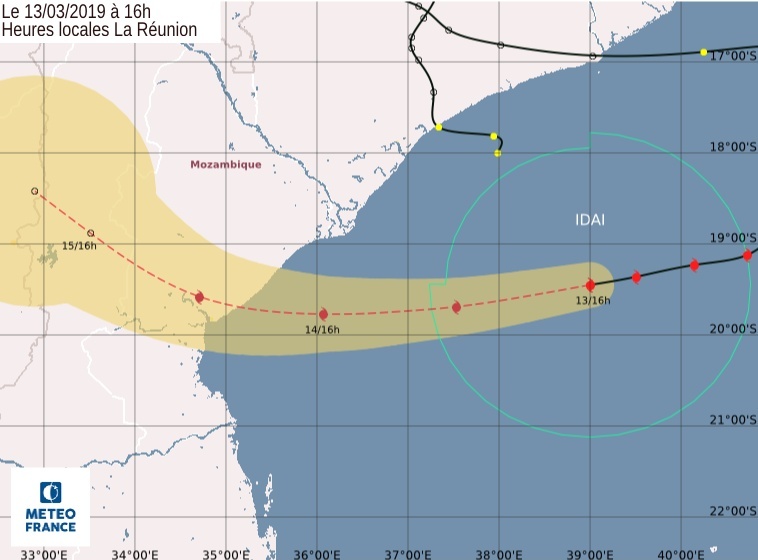