142 people have been evacuated to refuge centers but there are no reports of fatalities or serious injuries.

The main damage left by the storm are downed trees, broken electricity cables and blocked roads.

The cyclone is now moving away from the island with maximum 10-minute average wind speed of 140 km/h  (85mph) and central pressure of 970 hPa.

Over the last 6 hours, the ragged eye disappeared on the visual imagery and the cloud pattern has deteriorated slightly on infrared images, RSMC La Reunion reported 12:00 UTC, February 10. 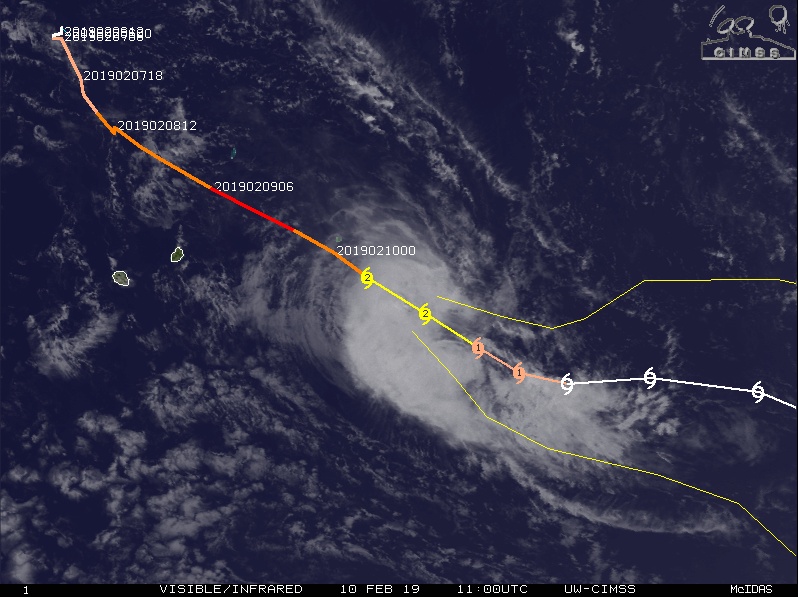 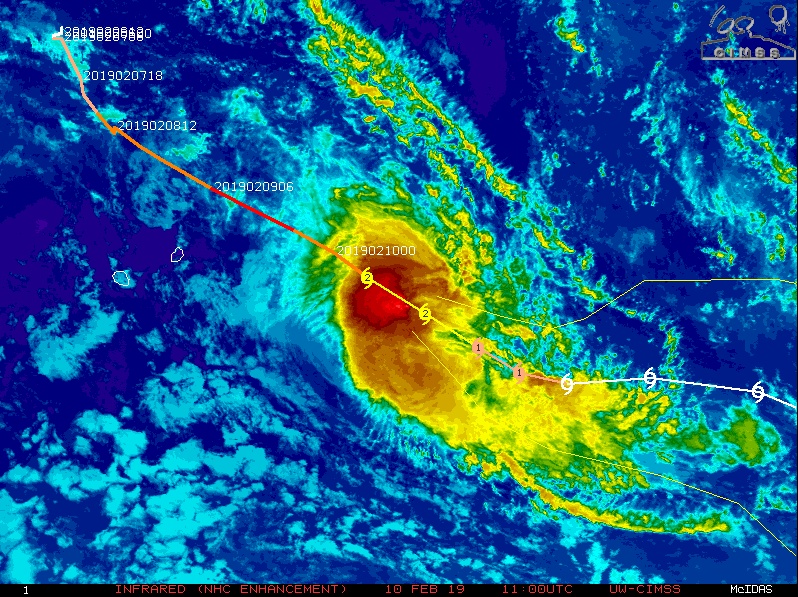 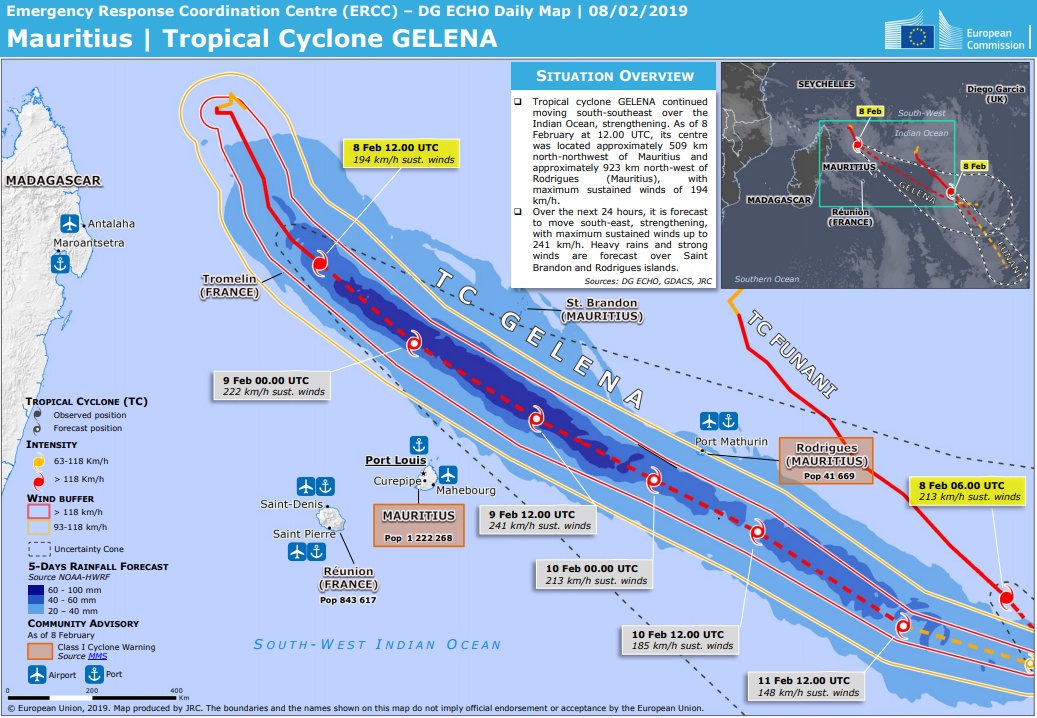 Gelena remains steered by the near equatorial ridge in the north-east, as the upper trough located in the south weakens and shifts eastwards, the center said.

Today and Monday, with the decrease of Gelena's speed, the effects of the vertical wind shear should be more important leading to a weakening of the intensity. On the other hand, the system should still benefit from the good upper level divergence ahead of the upper level trough and maintain a significant intensity until Monday evening, February 11

From Tuesday however, west of the trough axis, the upper divergence decreases and the system should weaken at a quicker pace, over waters with limited heat potential. In the upper and mid levels, the strong westerly winds located north of the subtropical jetstream do not allow intensification.

Cyclone Gelena passing by the island of Rodrigues this morning. Here's a image as the sun rises over the cyclone.#Cyclone #Gelena #Rodrigues pic.twitter.com/5y3mgBYbfF