The flow has almost reached the coastline as of February 3 and villages and roads in Siau Barat sub-district of Kepulauan Sitaro district, spokesman of the national disaster management agency Sutopo Purwo Nugroho said.

There are no reports of damages or casualties, Nugroho said, adding that evacuation is underway for those living near Malebuhe and Batuare rivers.

At least 22 people whose homes were directly in the path of lava flow have been evacuated so far and taken to their relatives. 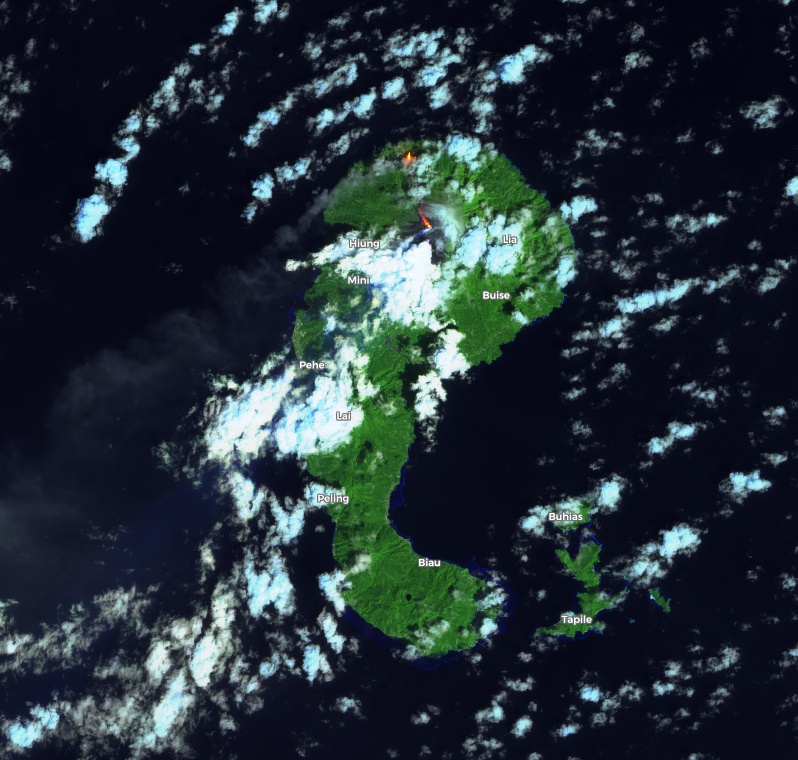 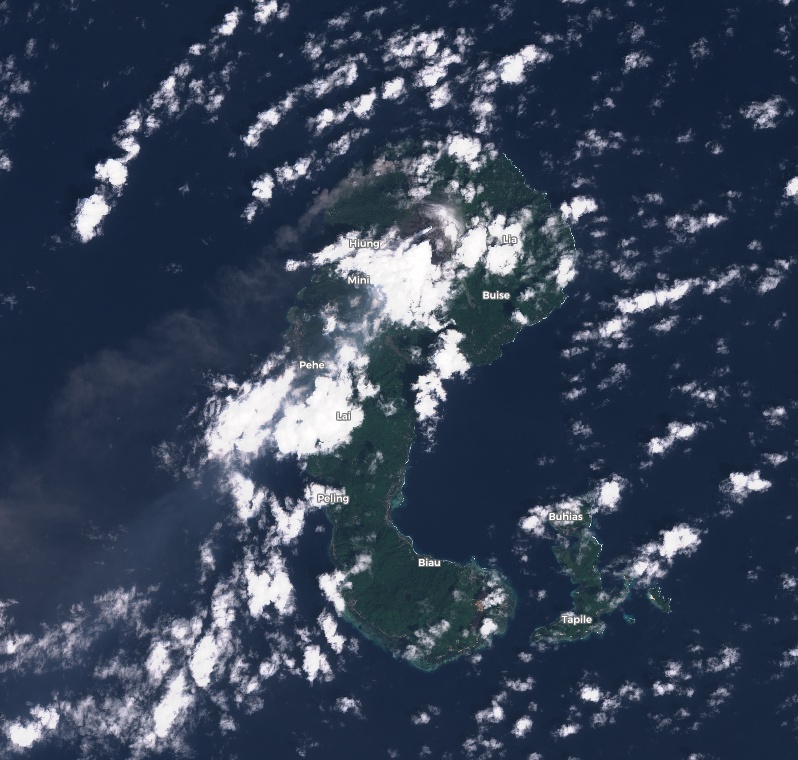 "As of yesterday evening, lava front was only 200 m (650 feet) away from the coast where the ring road is located," volcanologist Dr. Tom Pfeiffer said.

"An additional risk comes from the potential of the lava flow to generate pyroclastic flows – hot, deadly avalanches of ash and rock debris when parts of the flow emplaced on the steep flank collapse," Pfeiffer added. 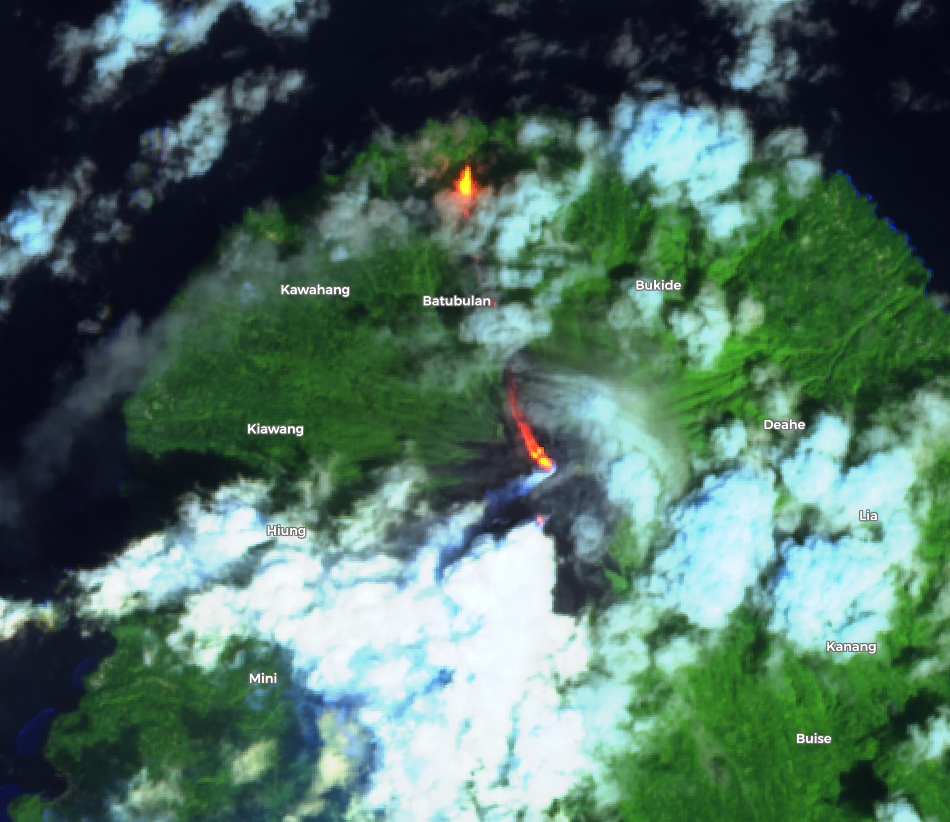 Residents and visitors/tourists are urged to approach to volcano within a 2.5 km (1.5 miles) radius of the main and northern crater and within 3 km (1.8 miles) in South, Southeast, West and Southwest sectors.

All nearby communities are expected to prepare masks in the event of ashfall and be aware of all potential threats, especially along the banks of Batuawang river to the beach.

The Alert Level for the volcano remains at 3 since December 21, 2019 after a sharp increase in the number of earthquakes under the volcano. 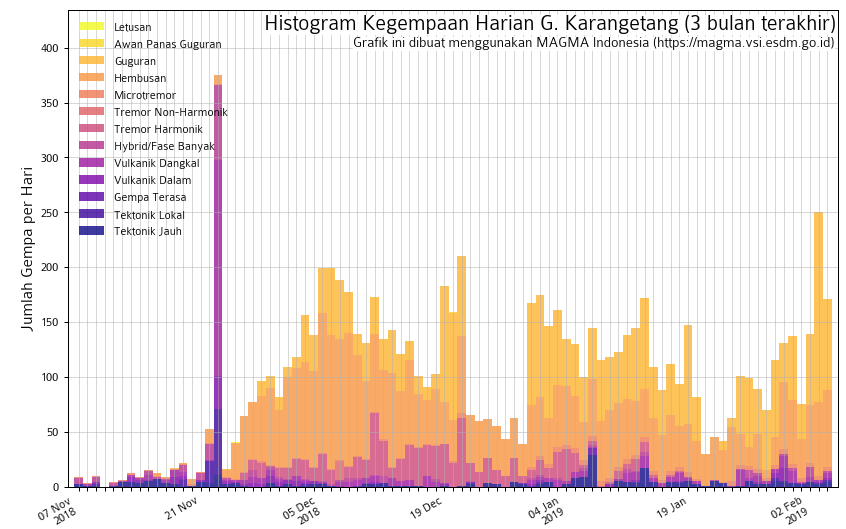 "The peculiarity of this eruption is that it's coming from the normally less active northern summit crater," Pfeiffer said.

"Slowly but steadily, the erupted lava was advancing as a narrow lava flow that has now traveled more than 3 000 m (1.8 miles) from the summit. Its front is approximately 100 m (328 feet) wide, judging from satellite imagery."

Karangetang (Api Siau) volcano lies at the northern end of the island of Siau, north of Sulawesi. The stratovolcano contains five summit craters along a N-S line. It is one of Indonesia's most active volcanoes, with more than 40 eruptions recorded since 1675 and many additional small eruptions that were not documented in the historical record (Catalog of Active Volcanoes of the World: Neumann van Padang, 1951).