According to imagery captured by satellites and passengers aboard airplanes, the Tinakula volcano in the Solomon Islands is active again. Its last eruptive period lasted from October 21 to 26, 2018 (VEI3). Heavy ashfall produced during the eruption was followed by heavy rainfall, resulting in contaminated water sources on nearby islands and severe drinking water crisis that lasted for over a week.

A small steam plume was first reported by a passenger aboard an airplane passing over the volcano on January 17.

After more than 5 years of quiescence, a strong eruption took place at Tinakula volcano at 19:20 UTC on October 20, 2017.

Villages on nearby islands have reported heavy ashfall and the region was declared a no-flight zone.

Reports received from Temotu Province, Reef Islands on October 25 say that ashfall has largely stopped in Fenulola Group and other parts of Reef Islands and that communities are now experiencing heavy rain and severe water shortage.

"Quick thinking by leaders in some communities who disconnected the downpipes from the tanks before the ash fall avoided wider contamination of water supply. Community members have reported that underground water sources like the one in Tanga, Reef Islands, have also been affected. Currently, many communities are without uncontaminated drinking water and are relying on coconuts for drinking." 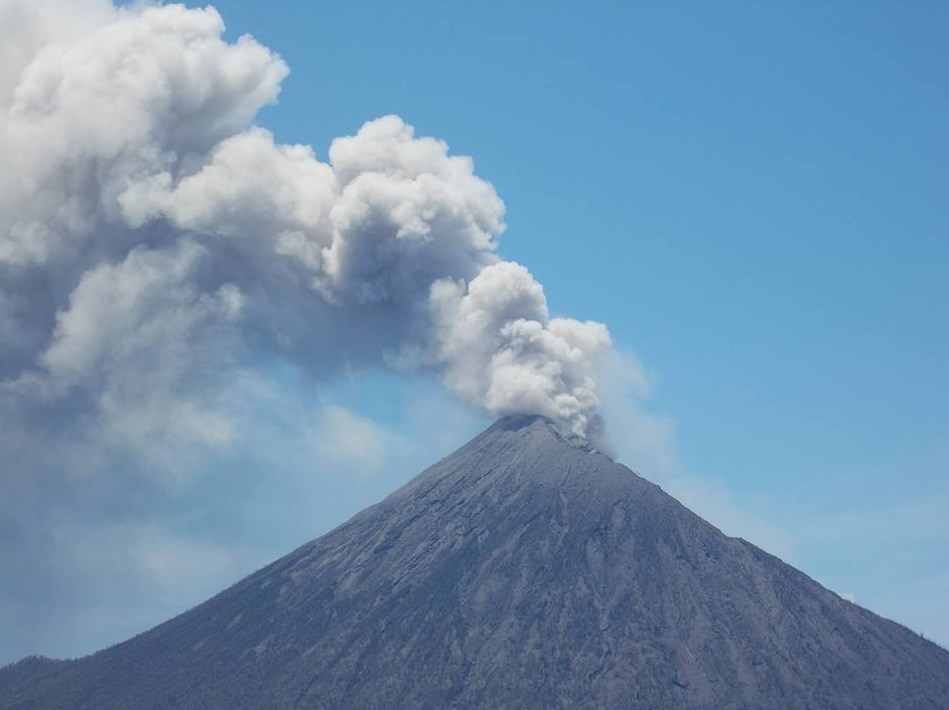 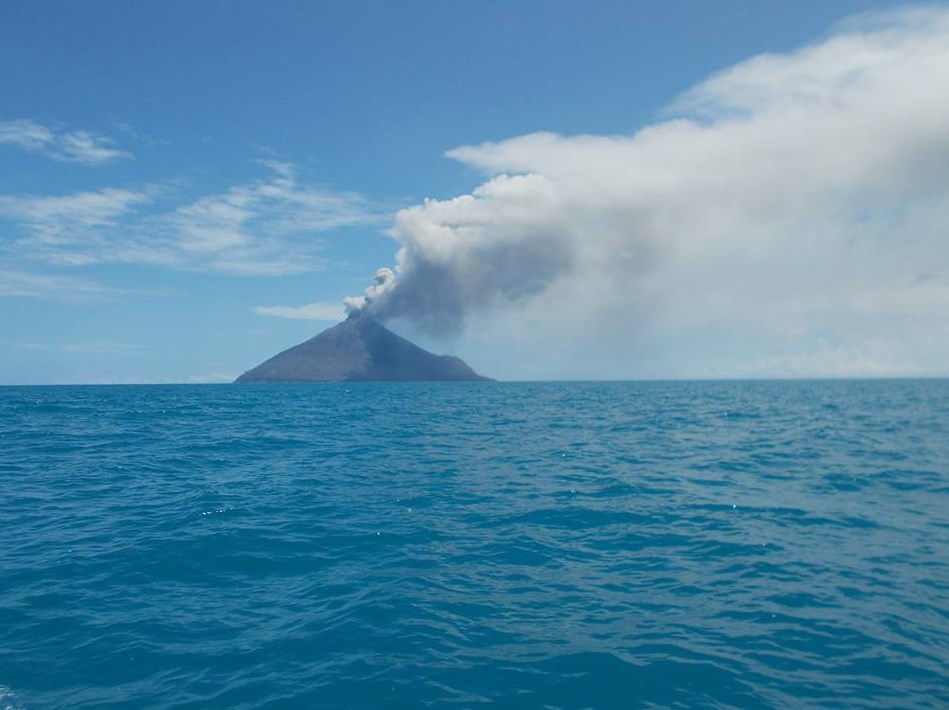 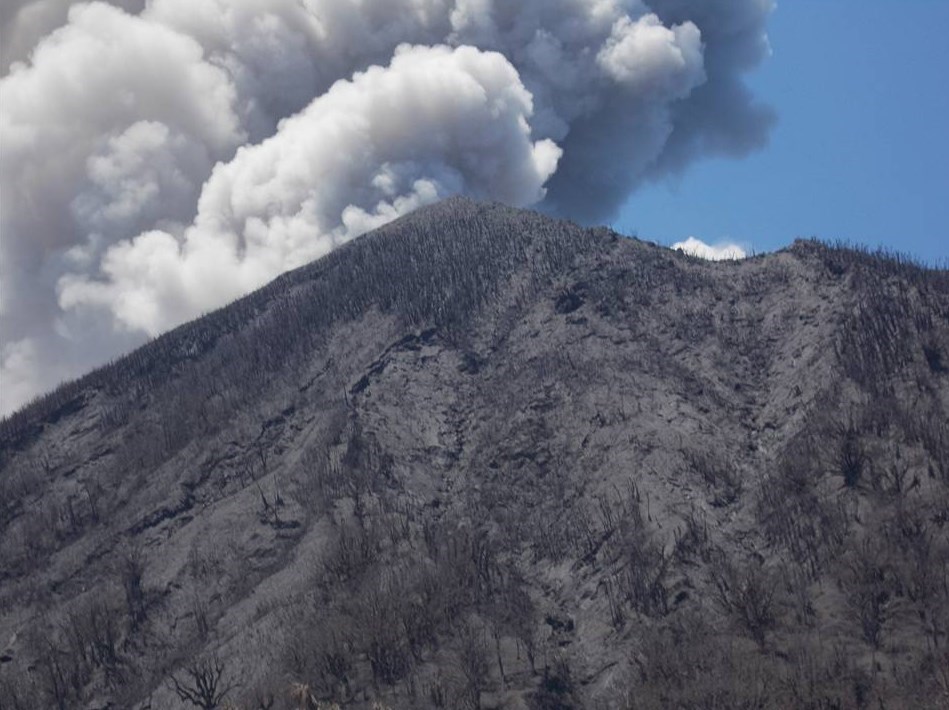 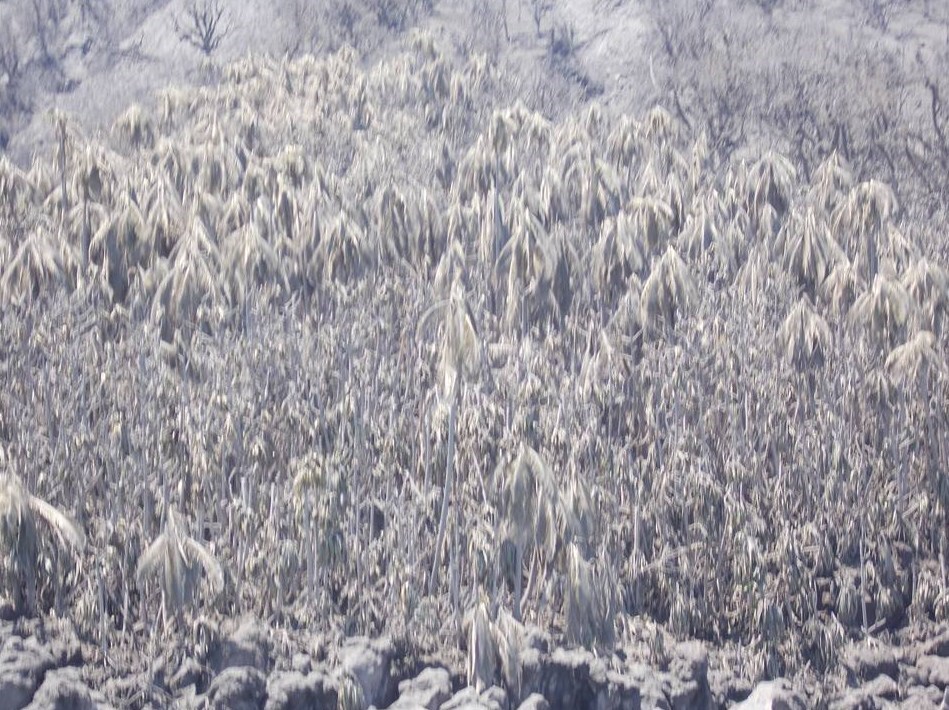 There is a lack of scientific equipment installed at this volcano, making observations of volcanic activity difficult.

In about 1840, an explosive eruption apparently produced pyroclastic flows that swept all sides of the island, killing its inhabitants.

Frequent historical eruptions have originated from a cone constructed within the large breached crater.

These have left the upper flanks of the volcano and the steep apron of lava flows and volcaniclastic debris within the breach unvegetated.