A bright meteor exploded over Cape Town, South Africa around 18:05 UTC on January 16, 2019 (20:05 local time). Bright light produced by the object was followed by very loud sound and ground shaking.

The American Meteor Society has so far received 6 reports about this event. If you witnessed it, please fill out this form.

People from all over the Cape, from Hermanus to Franschhoek, Cape Town and all the way to the Swartland, have been talking about the 'massive flash of flight' that appeared suddenly in the twilight sky, The Citizen reports.

According to witnesses, this bright object was followed by a loud bang that shook the ground and rattled houses and windows. 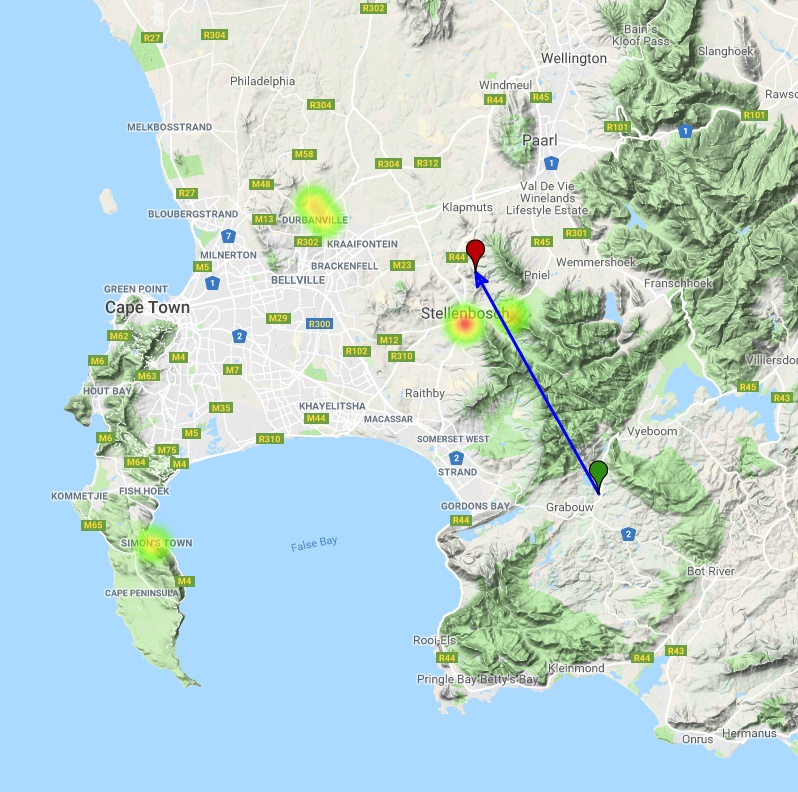 While no official statement has yet been issued by the organization, Riana Steenekamp, media spokesperson for Overstrand Municipality, says that she has been in contact with SANSA, and that they have indeed verified the event.

Initial analysis suggests parts of the object landed in the Helderberg vicinity.

I heard a loud bang, like a gas bottle exploding, but people saw it….. A flipping meteorite! pic.twitter.com/m4nHeRpLdb

Also this from local WhatsApp : pic.twitter.com/BCkG5GRMHM