With 27 confirmed tornados on December 1, 2018, the state of Illinois experienced its largest tornado outbreak during the month of December ever. NWS said additional storm surveys will be done on December 4, so this number is subject to change.

The December 1, 2018 severe weather event sets the record for largest tornado outbreak during the month of December in Illinois history with 27 tornadoes, NWS said. The previous record was 21 tornadoes on December 18-19, 1957. 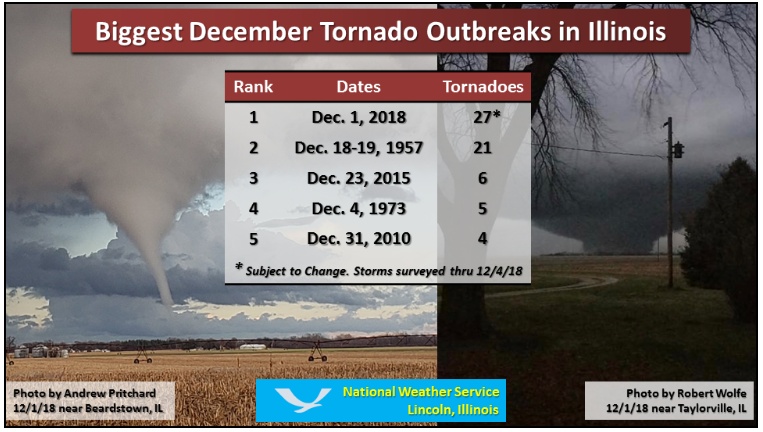 The event began late November 30 in Oklahoma, spreading east and resulting in one fatality around Aurora, Missouri.

The most significant tornado impacted Taylorville, Illinois, damaging or destroying hundreds of structures and injuring 22 people. 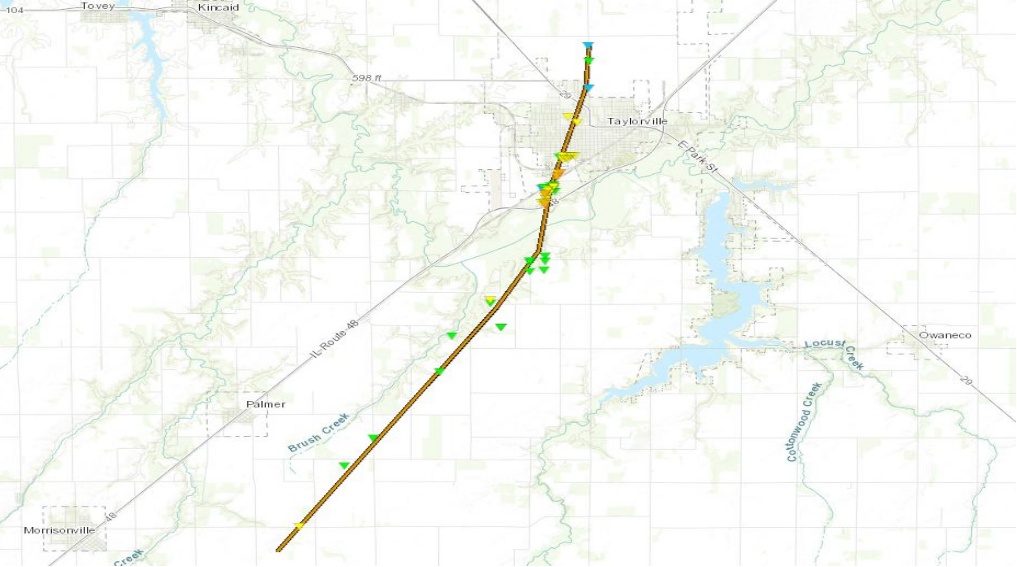