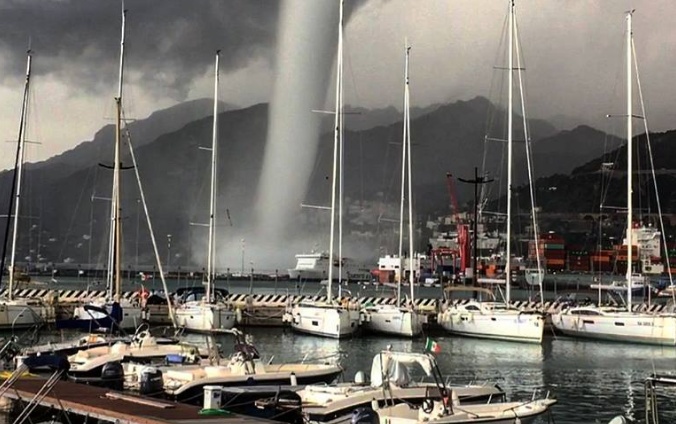 At least 3 tornadoes formed in southern Italy on November 20, 2018, bringing the total annual count to 45. One of the tornadoes swept through a residential area in the province of Crotone, destroying roofs of homes and businesses and injuring people.

A large waterspout formed around 14:20 CET (13:20 UTC), November 20 near a commercial port in Salerno, Campania and soon touched ground.

"The vortex could be seen a few kilometers away from the provincial capital, sparking fear among residents," Italian news agency Ansa reports.

There was no infrastructural damage, though some containers were knocked over in the port.

Two more large and damaging twisters were reported in the region. One of them hit Taurisano, Lecce, while another swept through Roccabernada and Cutro, Crotone, destroying roofs of homes and businesses and shattering windows of a train, resulting in injuries among passengers.

"This brings the annual count of tornadoes to 45," Tornadoes in Italia writes on their Facebook page. 22 of those events were waterspouts that made landfall. 144 other reported waterspouts did not reach land (total waterspouts 166).

Tornado outbreaks in Italy, especially in its southern regions, are common at this time of year.