Super Typhoon "Mangkhut," known in the Philippines as Ompong, made landfall in Baggao, Cagayan at 17:40 UTC on September 14 (01:40 PHT, September 15), 2018. The system had maximum sustained winds near 268 km/h (167 mph), making it a Category 5 storm on the Saffir-Simpson Hurricane Wind Scale. Though this is not a super typhoon under PAGASA's classification system, it remains a powerful tropical cyclone with a huge diameter of 900 km (560 miles) and one of the strongest typhoons to hit the Philippines since records began. Its next landfall is expected south of Hong Kong around 12:00 UTC on September 16 (Category 4).

Mangkhut is covering the entire northern and central parts of the main island of Luzon and combined with seasonal monsoon rains, it could bring heavy to intense rains that could set off landslides and flash floods.

Tropical Cyclone Warning Signal #4 is in effect in parts of Luzon, Visayas and Mindanao.

The National Disaster Risk Reduction and Management Council estimated that at least 5.2 million people are in the path of the typhoon. Thousands of people have been evacuated in Cagayan and thousands more in other areas.

Residents in these areas, especially those living near river channels, in low-lying areas and in mountainous areas, are advised to take appropriate actions against possible flooding and landslides, coordinate with local disaster risk reduction and management offices, and to continue monitoring for updates. 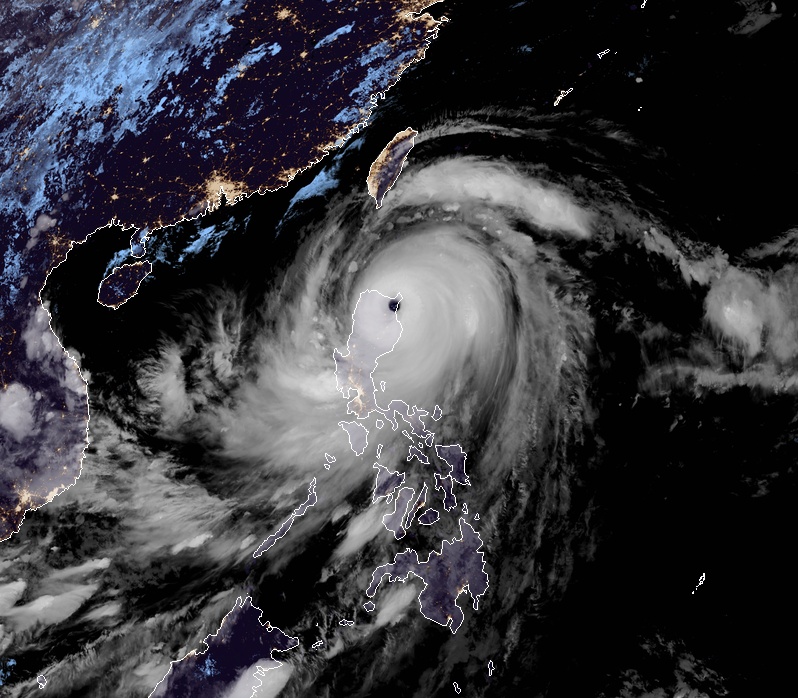 This is a very destructive storm capable of causing extensive damage to coconut plantations, many large trees may be uprooted, rice and corn plantation may suffer severe losses. Most residential and institutional buildings of mixed construction may be severely damaged, electrical power distribution and communication services may be severely disrupted. In the overall, damage to affected communities can be very heavy.

All travels and outdoor activities should be canceled but evacuation to safer shelters should have been completed by this time since it may be too late under this situation.

The disaster coordinating councils concerned and other disaster response organizations are now fully responding to emergencies and in full readiness to immediately respond to possible calamity.

The system is forecast to weaken significantly as it interacts with the mountainous terrain of Northern Luzon and re-emerge into South China Sea early September 15 (UTC).

A period of slow intensification is forecast as it travels over the South China Sea and Mangkhut is expected to make landfall south of Hong Kong around 12:00 UTC on September 16 with winds near 213 km/h (132 mph), making it a Category 4 storm on the Saffir-Simpson scale.