A G2 – Moderate geomagnetic storm watch has been issued for September 11, 2018 due to the onset of positive polarity coronal hole high speed stream.

Solar wind parameters over the past 24 hours were descriptive of the passage of Co-rotating Interaction Region (CIR) and the subsequent onset of a positive polarity Coronal Hole High Speed Stream (CH HSS). The total field strength was at nominal levels early September 10, then steadily rose to greater than 10 nT. The Bz component of the IMF deflected to a maximum southward deviation of -12 nT.  Solar wind speeds climbed from around 350 km/s to over 500 km/s by day's end. The phi angle was in a predominantly positive orientation.

Solar wind parameters are expected to remain elevated for the next several days while under the influence of a positive polarity CH HSS.

As a response to elevated solar wind speed, the geomagnetic field reached G1 – Minor storm levels midday September 10 with the onset of a positive polarity CH HSS and the preceding CIR. 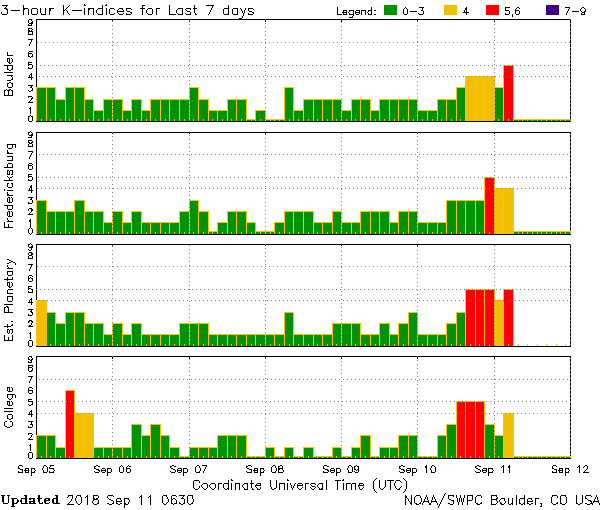 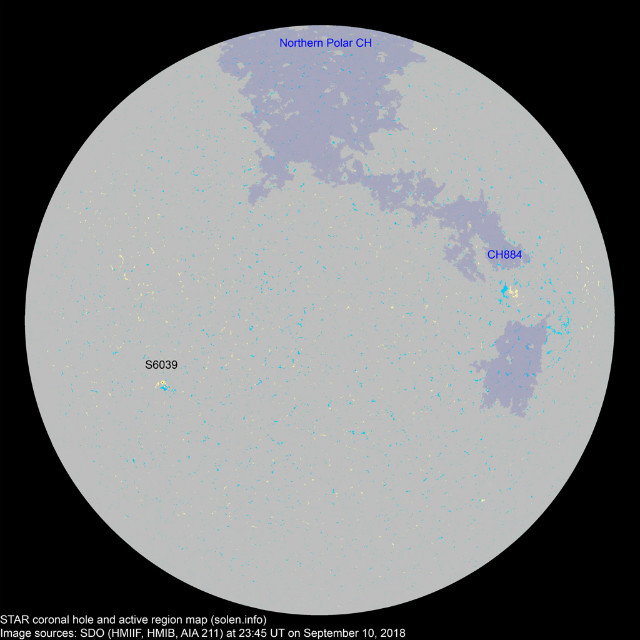 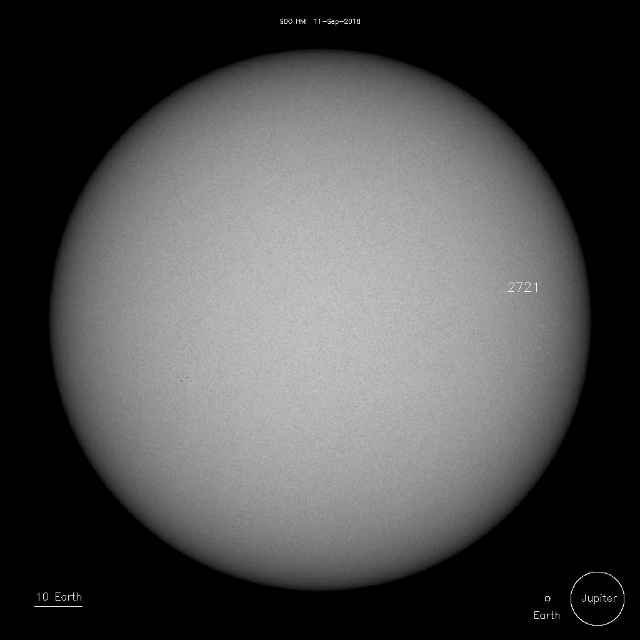 If you missed the show last night, here's a recap of what happened from Sortvatn on Senja island, Norway. It all started quietly around 21:30 local time with some nice bands already in the south reflecting on the still lake, Adrien Mauduit reports.

Then around 22:00, it 'literally exploded into overhead corona for over 5 minutes, which makes it the longest I have witnessed to date. After that the aurora went into pulsating mode (typical of solar storms) but some very nice blue pillars appeared on the northern horizon almost all night (those were too faint to be shown here without too much noise).'