Hurricane "Florence" is forecast to rapidly intensify into a major hurricane by September 10, and remain extremely dangerous Category 4 hurricane while it moves over the western Atlantic toward the southeastern United States. There is an increased risk of two life-threatening impacts from Florence: storm surge at the coast and freshwater flooding from a prolonged heavy rainfall event inland. While it is too soon to determine the exact timing, location, and magnitude of these impacts, interests at the coast and inland from South Carolina into the mid-Atlantic region should closely monitor the progress of Florence, ensure they have their hurricane plan in place, and follow any advice given by local officials.

This general motion is expected to continue through the rest of the day, followed by WNW motion with an increase in forward speed by September 10.

On the current forecast track, the center of Hurricane "Florence" will move over the southwestern Atlantic Ocean between Bermuda and the Bahamas on September 11 and 12, and approach the southeastern U.S. coast on September 13. 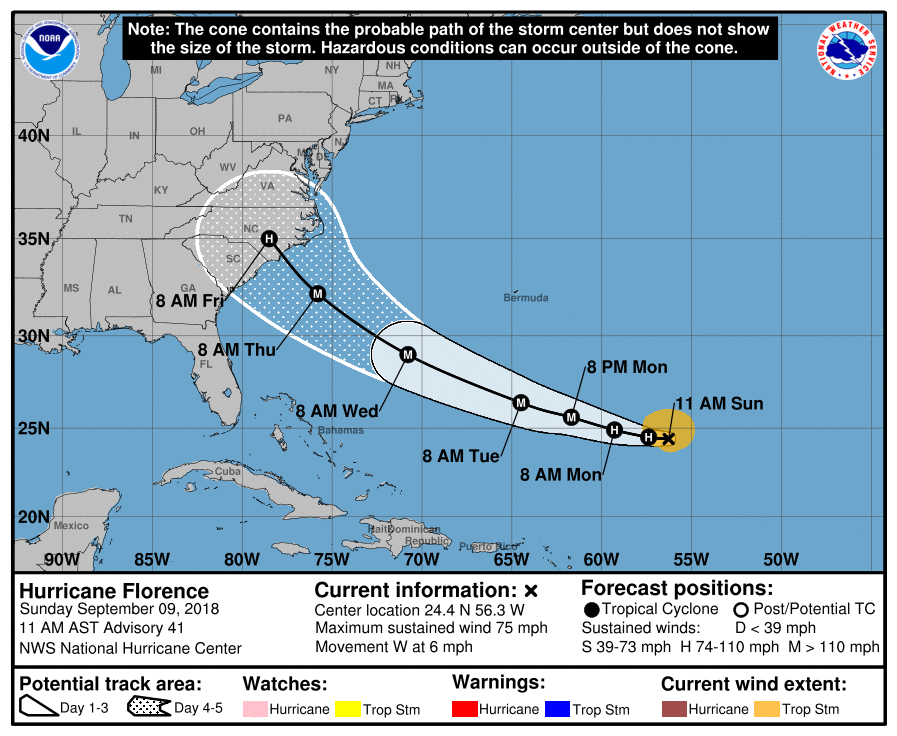 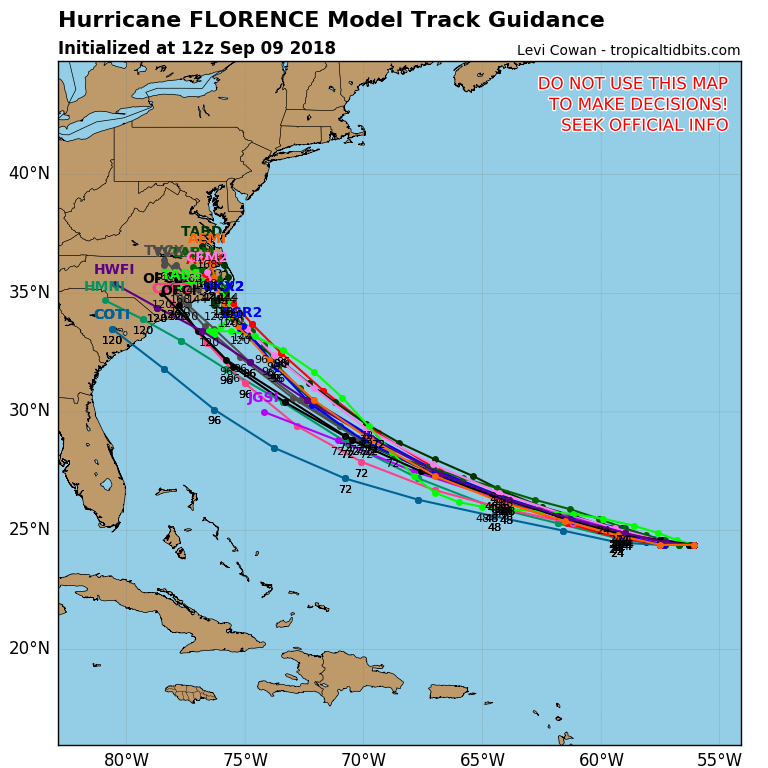 The system is forecast to rapidly strengthen to a major hurricane by September 10, and remain an extremely dangerous major hurricane as it moves over the western Atlantic toward the United States.

Swells generated by Florence are affecting Bermuda and are beginning to reach portions of the U.S. East Coast. These swells are likely to cause life-threatening surf and rip conditions. 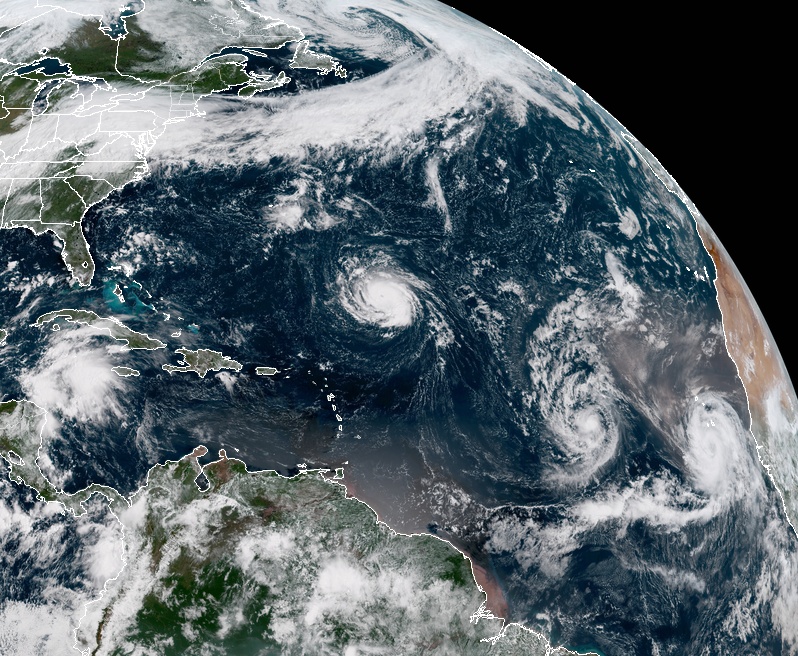