Solar wind parameters became enhanced over the past 24 hours due to the effect of Co-rotating Interaction Region (CIR) followed by the influence of a negative polarity CH HSS.

Solar wind speeds steadily increased from initial values of around 350 km/s to a peak value of 694 km/s, observed at 14:38 UTC today. Total field strength values reached a peak of 17 nT, Bz briefly reached -12 nT, and solar wind density reached a peak of 43 particles per cubic cm during the initial onset of the CIR at 18:00 UTC on May 31. 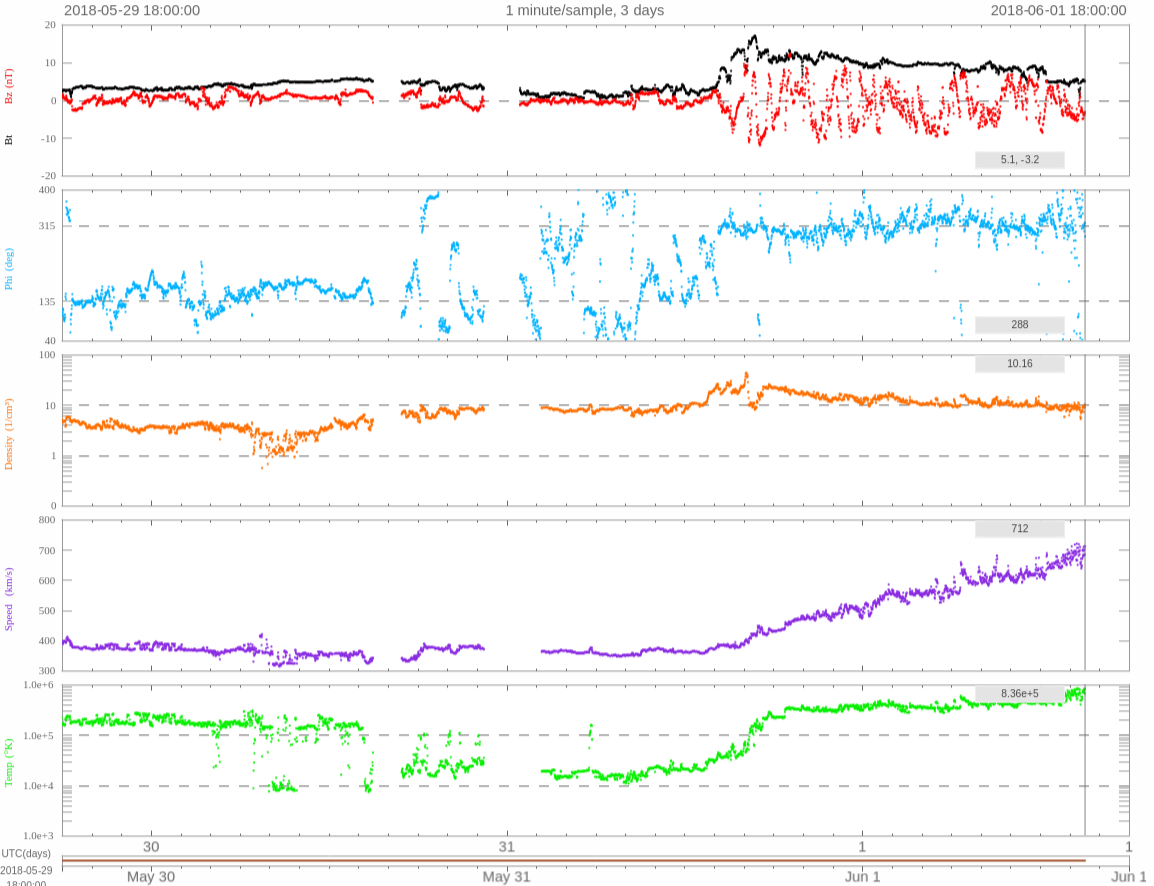 The greater than 2 MeV electron flux reached moderate levels and the greater than 10 MeV proton flux was steady at background levels over the past 24 hours. 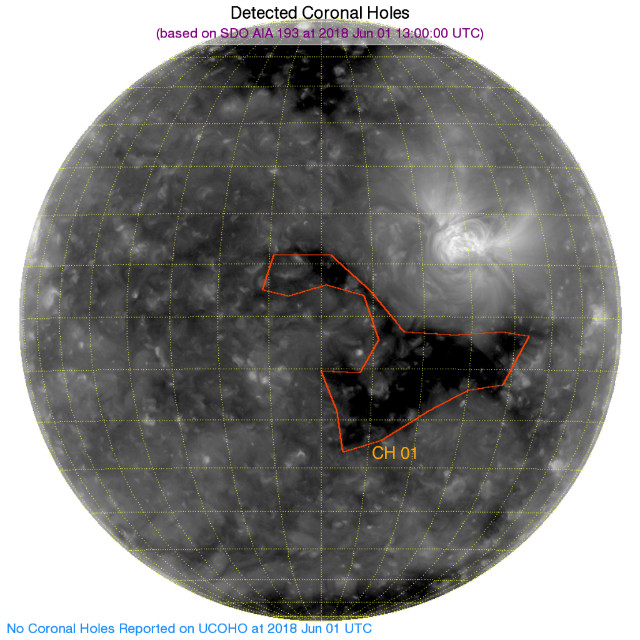 Solar activity was at very low levels over the past 24 hours. Region 2712, the only numbered region on the Earth side of the Sun, produced frequent low-level B-class flare activity with no Earth-directed CMEs. 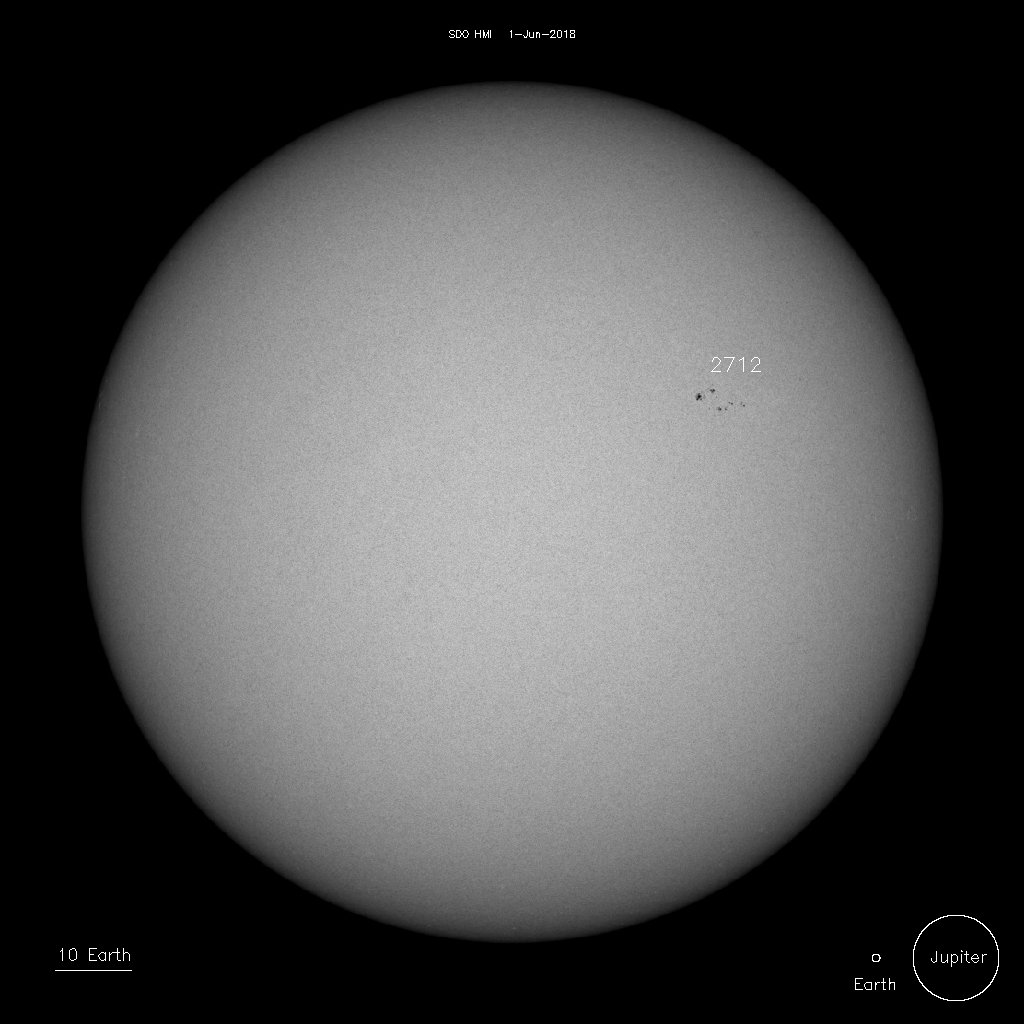