Tropical Cyclone "Sagar" made landfall in northwestern Somaliland and Djibouti on May 19, 2018 with maximum sustained winds of 93 km/h (58 mph), dropping heavy rain and causing severe flash floods. At least 19 people were killed in Somalia, Djibouti and Yemen.

Sagar formed in the Gulf of Aden between Yemen and northern Somalia on May 16 as a first tropical cyclone of the 2018 North Indian Ocean cyclone season.

The cyclone caused heavy rains along the coast of Puntland on May 17. Flash floods, not limited to seasonal riverbeds, were reported in the Bari region.

The tarmac road that connects Bossaso and Garowe, among others, was inundated, leaving major centers, as well as many rural areas in the region and into Sanaag inaccessible.

There are also reports of some fishing boats having been washed away by waves off the coast of Sanaag region, which along with Sool are disputed between Somaliland and Puntland.

The two authorities have been engaged in an armed standoff in Sool that had displaced almost 10 000 people prior to the storms arrival, further complicating an already complex humanitarian picture.

Landfall took place on May 19 in northwestern Somaliland and Djibouti, where heavy rainfall led to flash floods that caused loss of lives, crops and livestock as well as the destruction of property, infrastructure and fishing boats.

In Somaliland, the disaster management authority NADFOR estimated 1 780 families displaced and at least 80 families who lost everything including their homes. The main impact was felt in coastal Galbeed and Awdal regions, especially Lughaye district, with 16 people dead and many more injured.

Some 40 fishermen who were at sea before the alert are now missing. Casualties and damage were also reported in Puntland.

While Somaliland authorities and humanitarian partners are mobilizing resources to assess the damage and assist the affected populations, access to the disaster area, however, remains limited at this point.

Flash floods killed 2 people in Djibouti and affected 20 – 30 000 people. The Government said they have established a crisis cell at the firefighters' headquarters, adding that their main need in Djibouti City is for water pumping equipment.

At least one person was killed in floods near the port city of Aden, Yemen. 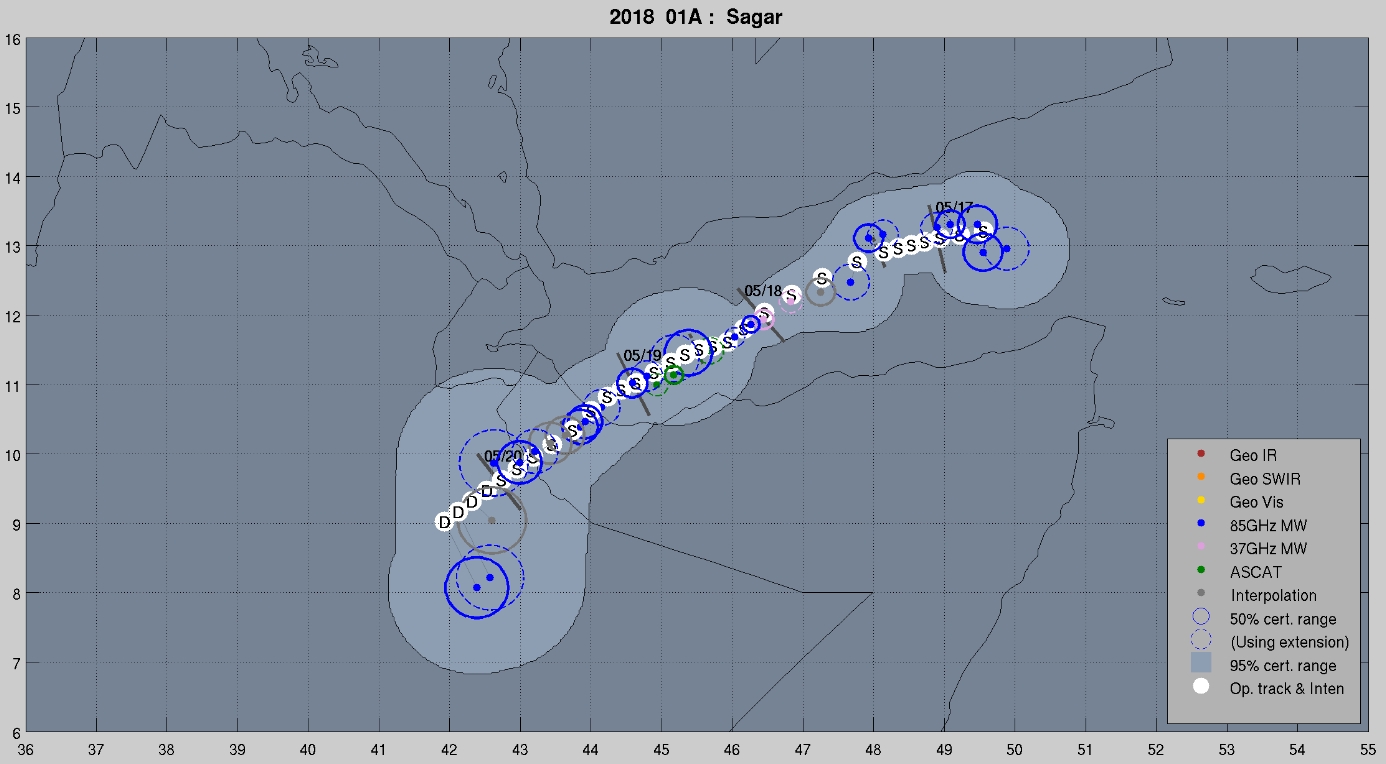 As of May 21, the storm has weakened into a Tropical Depression and continues to move towards the east, with heavy rain expected in parts of Ethiopia.