The earthquake was centered about 52 kilometers (32 miles) north of Kebumen, a densely populated district of Central Java province, according to BMKG. 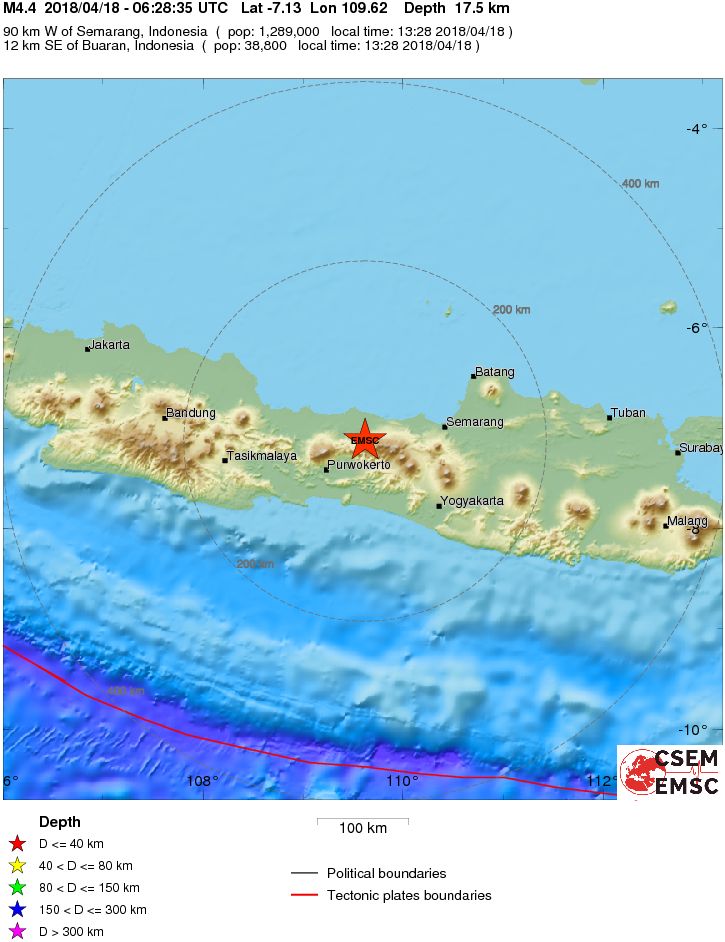 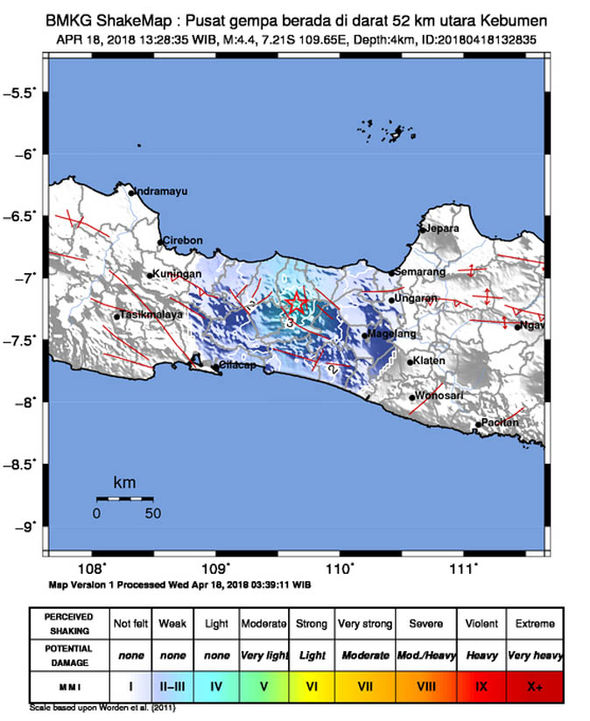 Central Java’s Disaster Management Agency head Sarwo Pramana said on April 19 that the quake which was felt in many parts of the province killed two elderly people and a 13-year-old boy who was crushed by collapsing buildings. 21 people were hospitalized with injuries.

Sutopo Purwo Nugroho, spokesman of the national disaster management agency BNPB said that the injured have received treatment at a nearby clinic and hospital.

He said 316 houses, four mosques and two school buildings were devastated, while 2 104 people have fled home to evacuation centers.

"The worst impacts were in Kalibening sub-district of Banjarnegara district as the unstable condition of soil has also worsened the risks," he said, adding that more than 200 soldiers and personnel had been drafted in for the search-and-rescue effort.

The natural disaster management agency was jointly undertaking in the relief effort in affected areas. 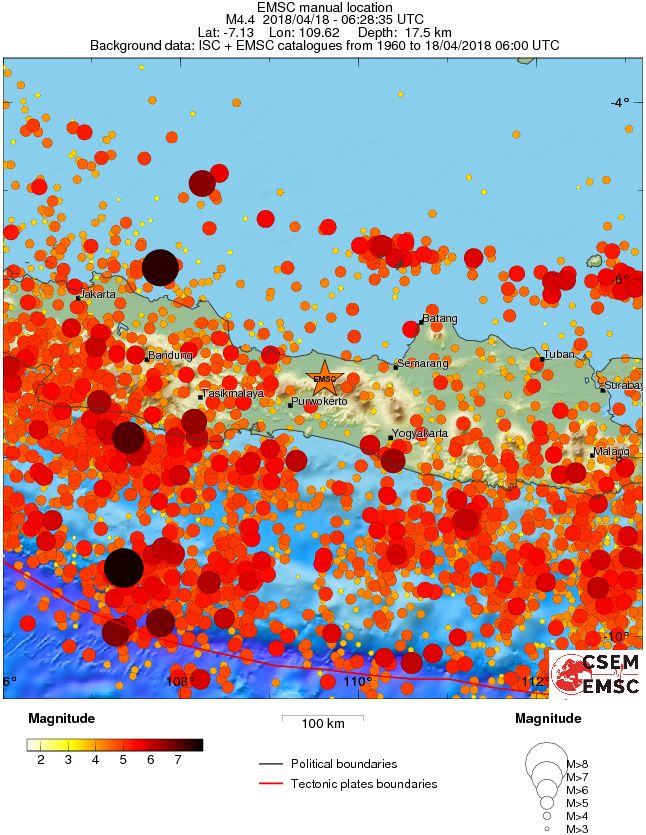 Seismotectonics of the New Guinea Region and vicinity

Whereas the northern band of deformation is relatively diffuse east of the Indonesia-Papua New Guinea border, in western New Guinea there are at least two small (<100,000 km²) blocks of the relatively undeformed lithosphere. The westernmost of these is the Birds Head Peninsula microplate in Indonesia's West Papua province, bounded on the south by the Seram trench. The Seram trench was originally interpreted as an extreme bend in the Sunda subduction zone but is now thought to represent a southward-verging subduction zone between Birds Head and the Banda Sea.

There have been 22 M7.5+ earthquakes recorded in the New Guinea region since 1900. The dominant earthquake mechanisms are thrust and strike-slip, associated with the arc-continent collision and the relative motions between numerous local microplates. The largest earthquake in the region was a M8.2 shallow thrust fault event in the northern Papua province of Indonesia that killed 166 people in 1996.

The western portion of the northern Australia plate boundary extends approximately 4800 km from New Guinea to Sumatra and primarily separates Australia from the Eurasia plate, including the Sunda block. This portion is dominantly convergent and includes subduction at the Sunda (Java) trench and a young arc-continent collision.