Tiangong-1, launched in 2011, was China's first space station. It served as an experimental platform for bigger projects such as the Tiangong 2 launched in September 2016. The station played host to two crewed missions that included China's first female astronauts and served as a test platform for perfecting docking procedures and other operations. Its last crew departed in 2013. It orbited about 350 km (217 miles) above Earth for most of its time in space, but in March 2016 Chinese officials announced that the space station was no longer communicating with Earth. Since then it has been orbiting gradually closer and closer to Earth on its own while being monitored.

The station had two modules, one for its solar panels and engines, and one for a pair of astronauts to live in and conduct experiments. A third astronaut slept in the Shenzhou spaceships that docked with the station, which also contained facilities for personal hygiene and food preparation

The falling space station posed only a slight risk to people and property on the ground, since most of the 8.5-ton craft was expected to burn up on re-entry. Despite the uncontrolled nature of fall, the European Space Agency (ESA) had previously estimated that the chances of being hit by debris from Tiangong-1 were 10 million times smaller than the chance of being hit by lightning in any given year. The crash ends weeks of speculation about when and where the space station might return to Earth in a fiery finale. Even in the days leading up to the crash, no-one could predict the spot of the final plunge, leading to a worldwide guessing game. 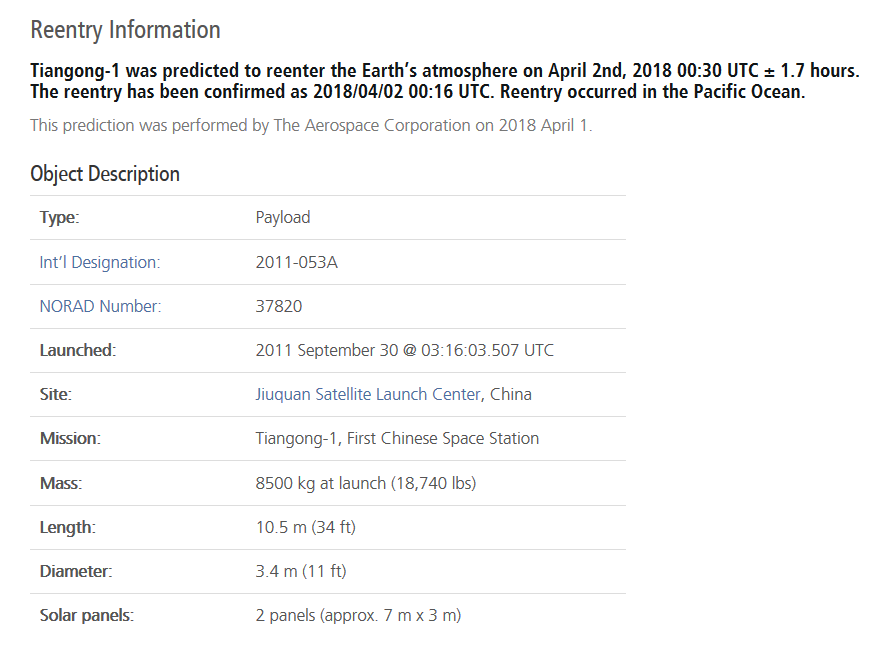 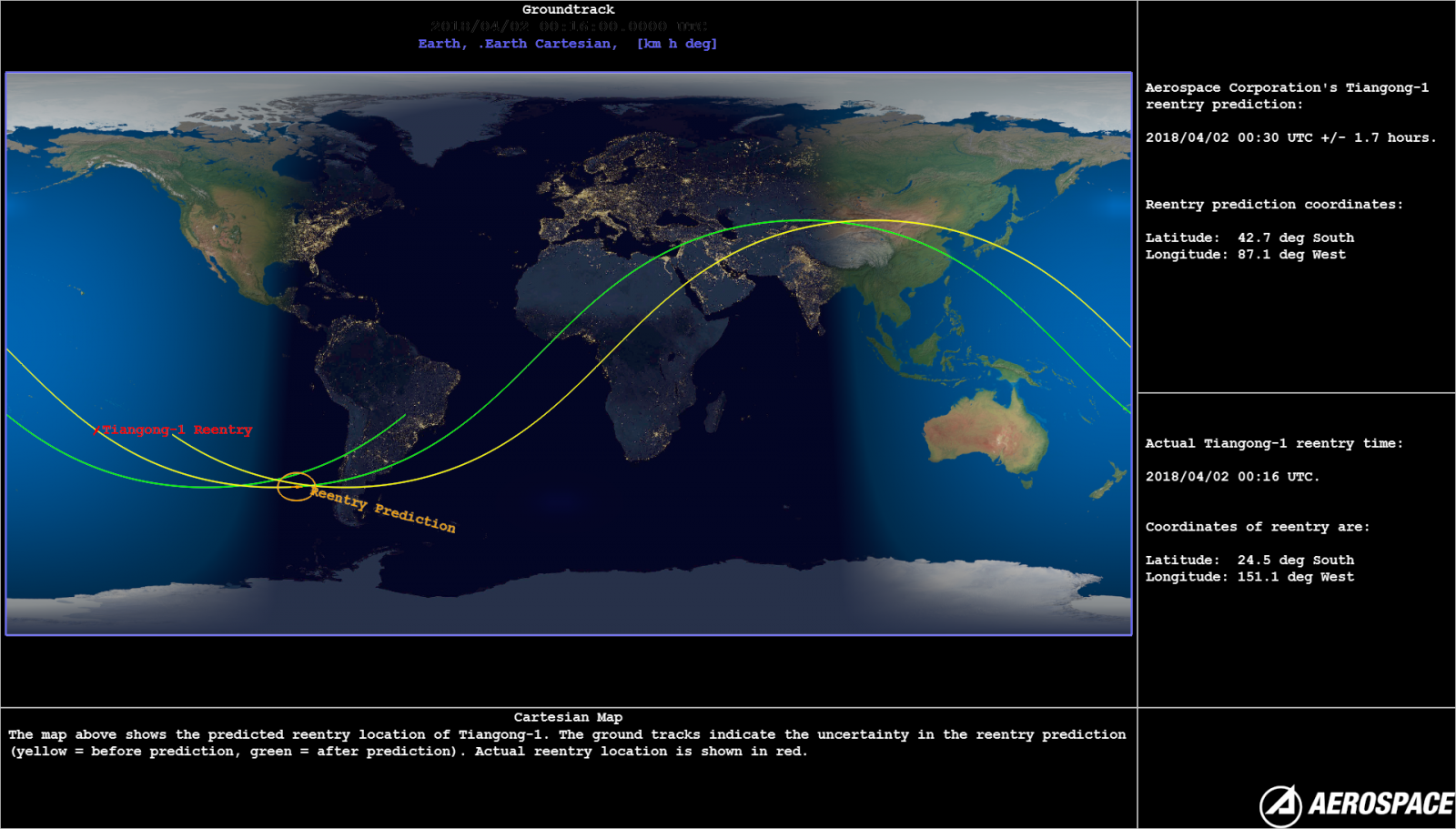 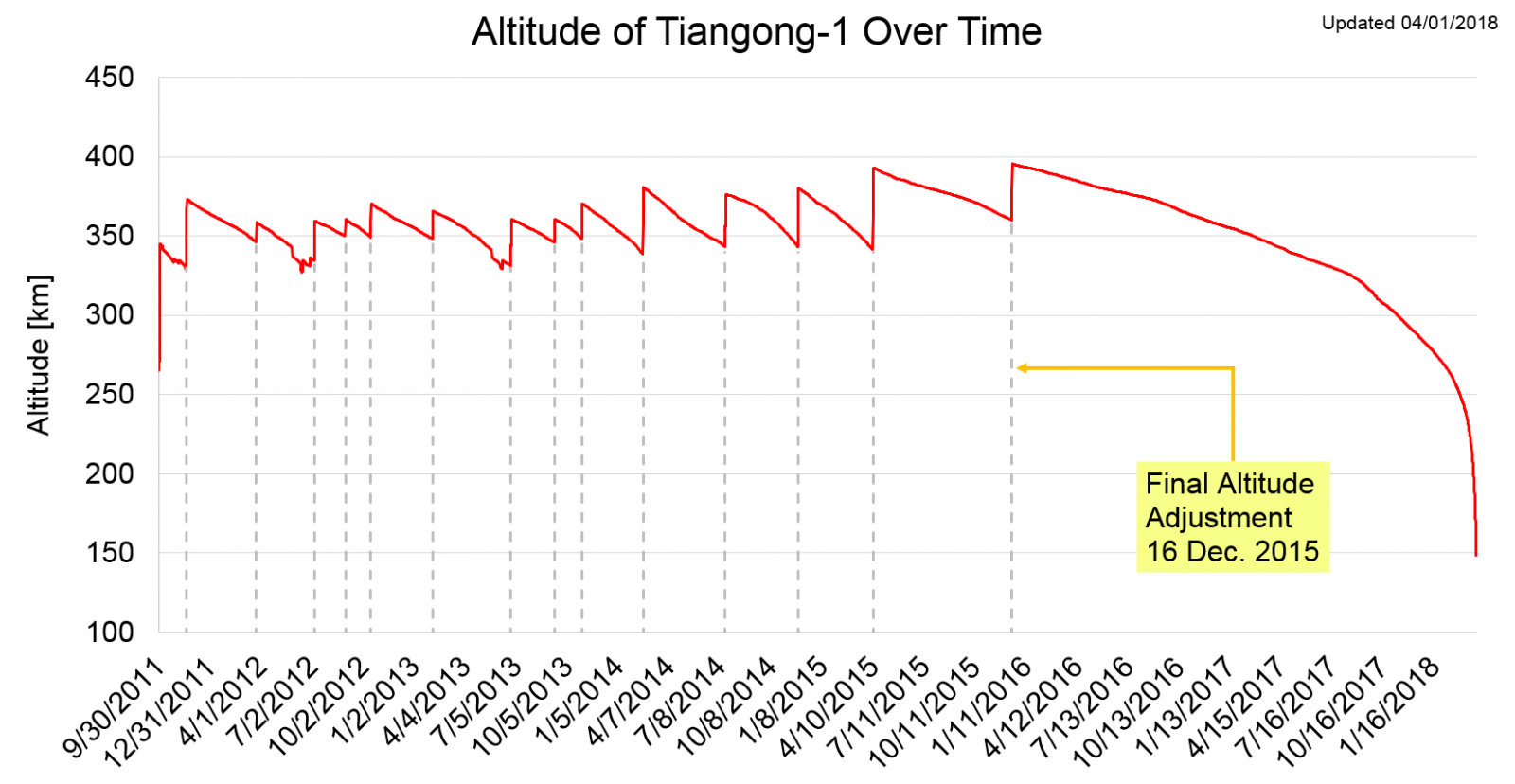