Activity at New Zealand's White Island remains quiet after a small earthquake swarm nearby. While there are no apparent changes in activity after the swarm, scientists noted the reappearance of a Crater Lake on the floor of the Active Crater area.

The most significant change they noticed is the reappearance of a Crater Lake on the floor of the Active Crater area. This appears to be a response to the rainfall from the recent cyclones. The lake temperature is relatively cool at 27 ºC (80.6 ºF). 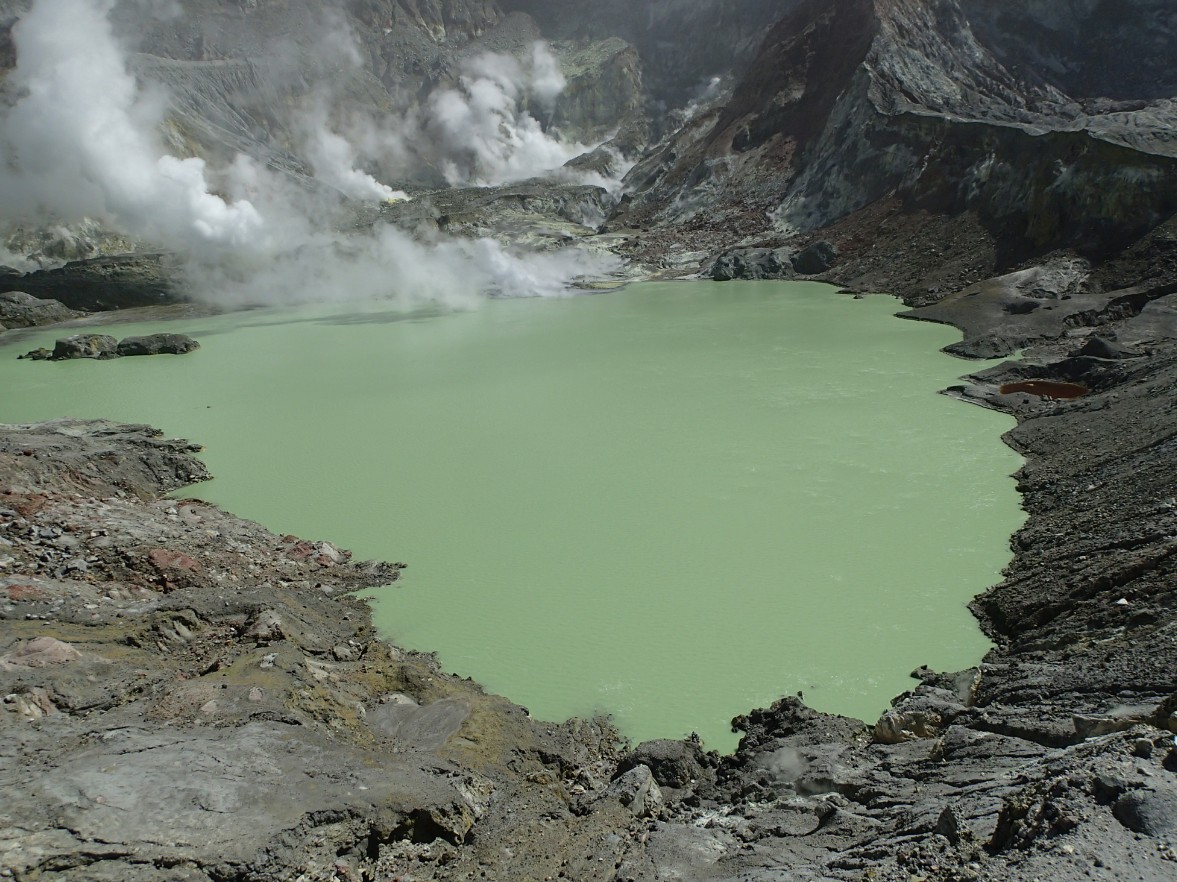 Temperatures of both the Dome vent in the active crater and Fumarole 0 on the Main Crater floor continue to decline, Scott said.

The seismic activity has been low in recent months, however, there was a sequence of small earthquakes near the island over the weekend. The largest earthquake was M3.3 at 11:37 am (local time) on Saturday, March 17. GeoNet detected no changes at the island related to these earthquakes.

White Island is always capable of a new eruption at any time, often without any useful warning, Scott said, adding that they continue monitoring the volcano for possible renewed activity.

Uninhabited 2 x 2.4 km (1.2 x 1.5 miles) White Island, one of New Zealand's most active volcanoes, is the emergent summit of a 16 x 18 km (10 x 11.2 miles) submarine volcano in the Bay of Plenty about 50 km (31 miles) offshore of North Island. The 321-m-high (1 053 feet) island consists of two overlapping andesitic-to-dacitic stratovolcanoes; the summit crater appears to be breached to the SE because the shoreline corresponds to the level of several notches in the SE crater wall. Volkner Rocks, four sea stacks that are remnants of a lava dome, lie 5 km (3.1 miles) NNE of White Island.