"As we speak we are seeing smoke building up at the top of the mountain. We had never seen Mount Bosavi as a volcanic mountain but now it’s showing signs," former PNG basketball representative player Colin Pine told Post Courier today.

For centuries Mount Bosavi has never been an active volcano mountain, however, the continuous earthquakes in parts of Hela and Southern Highlands Province have seen the mountain building up smokes on its top, the report said.

Bosavi is an extinct volcano, or was until just a few days ago, located just 50 km (31 miles) S of February 25th M7.5 earthquake. 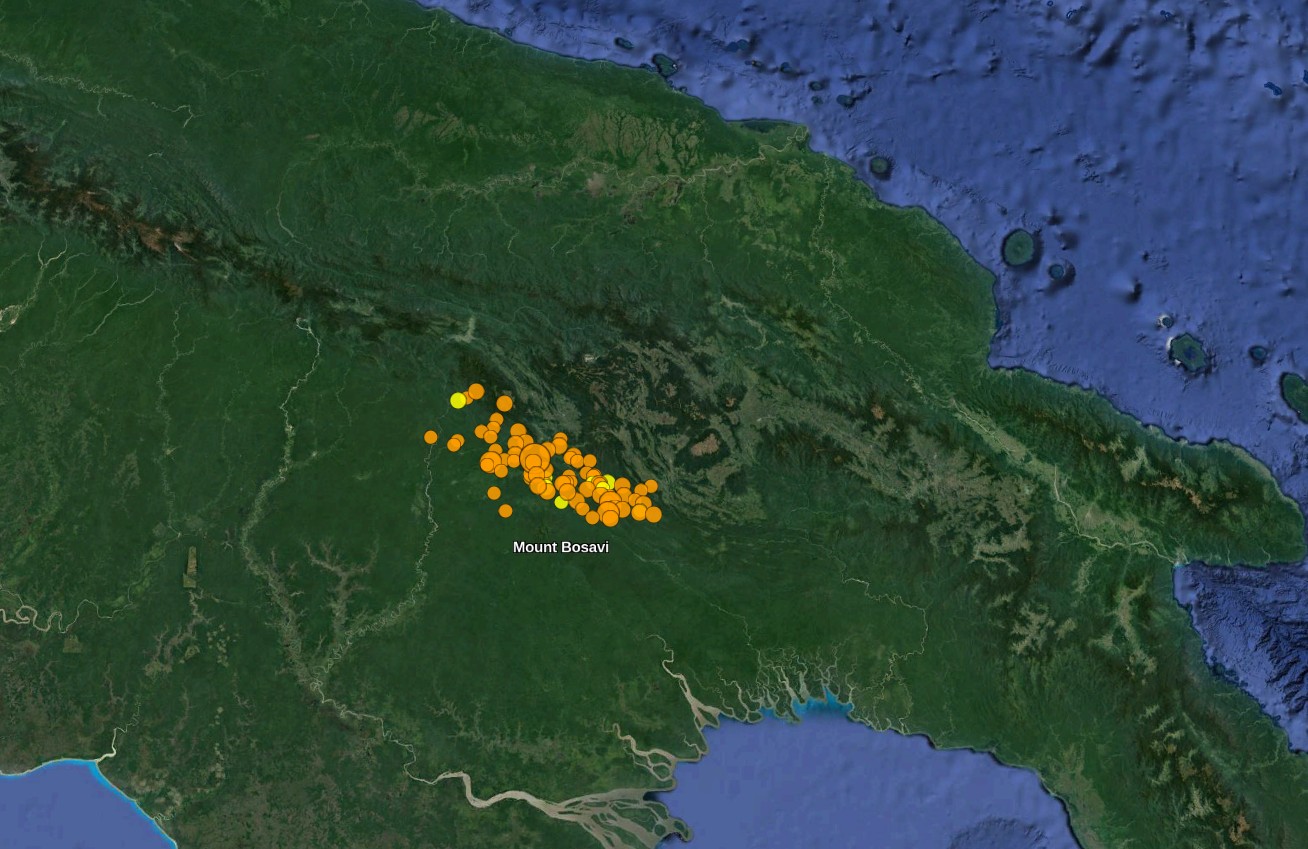 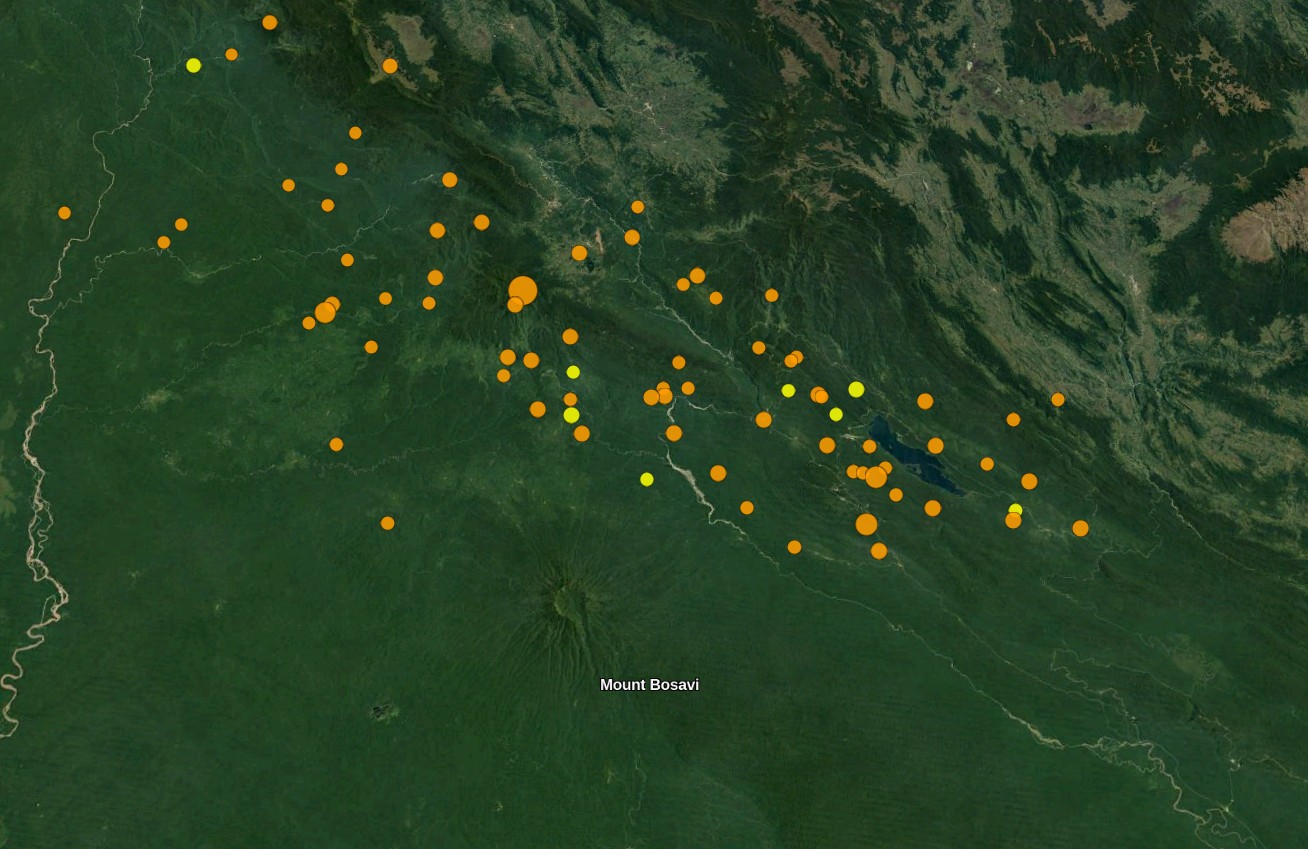 "We can’t see any national or provincial disaster team here in Kutubu. Maybe if they had, they may have visited other villages but not us here in Kutubu. Most of our people have moved to a flat land like in Moro," Pine said.

It is believed Lake Kutubu has also risen up and people living along the small islands along the lake have moved further back into the inland where they are now. "People are moving here to Moro as the lake is covering up the small islands close to the lake," Pine said.

Pine on behalf of the people of Kutubu is urging the government to quickly send its disaster emergency team to the ground.

Mount Bosavi is a truncated Pleistocene basaltic to andesitic stratovolcano with a 5-km-wide (3.1 miles) erosion caldera enlarged by the Turama River through a narrow breach on the SE. A group of cones, craters and maars are scattered over the plains to the SW of Bosavi.

The Global Volcanism Program (GVP) is not aware of any Holocene eruptions from Bosavi. There are also no records of eruptions from Bosavi in the LaMEVE (Large Magnitude Explosive Volcanic Eruptions) database, a part of the Volcano Global Risk Identification and Analysis Project (VOGRIPA).

Bosavi is home to a number of endemic species and one part of it is included in the Sulamesi Wildlife Management Area, established in 2006. It forms part of the proposed UNESCO World Heritage Site Kikori River Basin/Great Papuan Plateau.

The people living just north of the mountain refer to themselves as Bosavi kalu (people of Bosavi) and divide into four culturally identical but linguistically marked groups, the Kaluli, Ologo, Walulu, and Wisesi. Collectively they are often referred to as Bosavi kalu (men of Bosavi).

PNG's Mission Aviation Fellowship (MAF) and its associated ministry, Christian Radio Missionary Fellowship (CRMF) said scientists have been helicoptered in to view and study the volcano. "They have declared that there is no danger from an eruption and have been to speak to people in the villages," MAF said.

"We have also confirmed this information with scientists at the University of PNG," MAF said, adding that due to rumors on social media, many people are fleeing their villages on the mountain and are going to the valleys away from the mountain.

"This is a bad choice," MAF warns.