Bodies of two people have been found in a swollen stream in Waitakere, near Auckland, New Zealand on Saturday, after flash floods caused by heavy rain.

According to police reports, a group of 5 people was trying to cross the waterway near Cascade Falls around 17:00 local time Saturday when they got into trouble. Three of them survived with minor injuries and were taken to a hospital.

At least 20 walkers were trapped by flash flooding at nearby Kitekite Falls on the Winstone Track. They were helped to safety by a Canadian firefighter who was tenting in the area. "Despite his fears that the waters had swept away his tent, his passport and everything he owned, he spent hours running up and down tracks to find help for the group," Stuff reported.

About 100 people were evacuated after flash floods threatened their homes around Glenesk, Seaview and Beach Valley Rds in Piha, West Auckland. Radio New Zealand said the people gathered at a nearby surf club and campground as a precaution. The police allowed them to return home before the day's end as floodwaters started to recede. 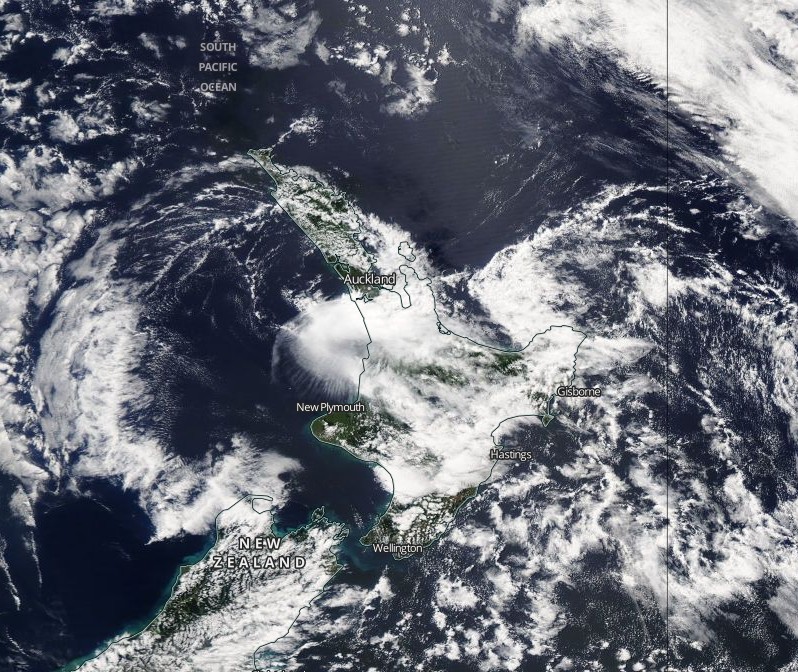 A creek running next to one Piha beach rose by 5 meters (16.4 feet) on Saturday, flooding everything in its way. "The creek had been nice and swimmable that morning… but went up dramatically as the rain set it, a local told Stuff. "I actually couldn't believe it and I'm still stunned," she said.

A similar situation happened in Piha Domain Camp Ground after the area was hit by a short deluge which caused the local stream to burst its banks.

Camp manager Fiona Anderson said an enormous amount of rain came down in a very small period of time.

"We had 10 minutes of madness while we packed everyone up along the fence line when this was happening." "Even the fire brigade ended up being cut off – with the river on both sides of them," she said.