The Governor of Papua New Guinea's East Sepik province has ordered the evacuation of 5 000 people from islands of Ruprup (Blup Blup) and Biem (Bam) to the mainland, including those already evacuated from Kadovar. The decision was made due to a tsunami risk to the mainland's north coast and surrounding islands and fears of a possible new eruption at Biem island.

The Rabaul Volcano Observatory has refuted rumors circulating in local and international media that the volcano on Kadovar's neighboring island of Biem, also known as Bam, has also started erupting. Reports of 12 km (7.4 miles) high plumes above Biem and Kadovar were probably thunderclouds, RVO said, as reported by Loop PNG.

"Additionally, a number of islanders returning from Biem [on January 13] have reported no unusual activity apart from tremors," the Observatory said, adding that the tremors could have been from the Kadovar eruption and that a better picture of their location will emerge in the next couple of days.

Although there were uncertainties surrounding the eruption at Biem, authorities have indeed ordered the evacuation of the two remaining unevacuated islands.

"Last night I dispatched the PNGDF landing craft to evacuate 1 700 evacuees at Ruprup island [Blup Blup]. At 1am, I was informed that Biem island volcano, as we feared, is now also becoming active. I have changed our engagement in the disaster. Biem is now our priority because there are more than 3 000 people on that island," Allan Bird, Governor of East Sepik Province said.

"I have directed all efforts to Biem island as our top priority. I have also requested the use of the South Sea Tuna vessel to immediately steam to Ruprup island and begin evacuating our people there. We now have two volcanoes in the process of erupting concurrently. We are doing our best and deploying all our assets to this effort. I ask the entire nation to pray for mercy so that no life can be lost in this impending disaster and I thank everyone for their prayers. We are running out of fuel and we don't have enough boats. East Sepik Province needs your prayers," Bird said. 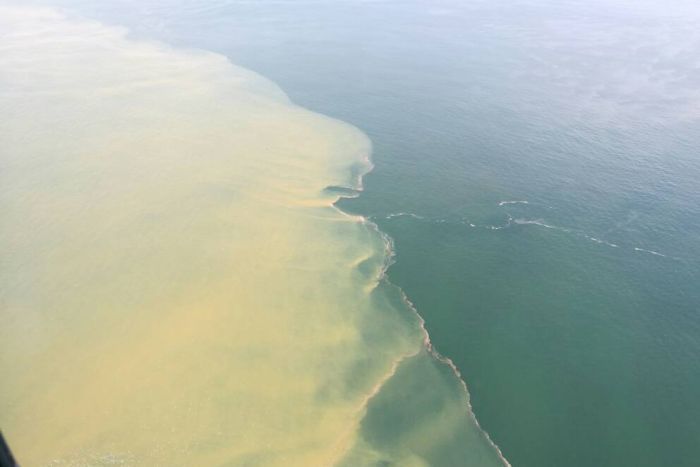 "There is yellowing of the ocean around the island, which the volcanologists tell me is magma moving up, it is forcing iron to dissolve into the seawater and that is causing the discoloration," Bird said.

However, RVO chief said that sulfur plumes in the sea are probably old thermal springs.

"Any sort of chain reaction started by the Kadovar activity is unlikely," volcanologist Steve Saunders, the Chief Geodetic Surveyor at the RVO, said. "Reports of hot springs… or sulfur plumes in the sea [near Biem] are probably old thermal springs, they've been there for decades," he explained. "It's just an ongoing situation on the islands, that they've got thermal activity."

Reports of tremors on Biem island could likely be attributed to the seismic activity on Kadovar, which remains the biggest risk for the region, rather than from the Biem volcano itself, Saunders said.

Bam volcano, the island of Biam (internationally Bam), last erupted in 1960. The island is actually a summit of a mostly submerged volcano, one of the more active in Papua New Guinea.

Historical eruptions, recorded since 1872, have been restricted to small-to-moderate explosive activity from the summit crater.

Kadovar's first eruption in known history started on January 5, 2018, and is still in progress.