The Thomas Fire in California is burning for 11 days and is 30% contained as of December 14, 2017. The fire has so far burned 242 500 acres, making it the fourth largest fire in California's history. Its cause is still under investigation.

The Thomas Fire broke out December 4th near Thomas Aquinas College in Ojai, Ventura County, California. It was fanned by strong Santa Ana winds overnight, and quickly spread into the city of Ventura.

There are now 8 144 firefighters battling the blaze and trying to save 18 000 structures still threatened. 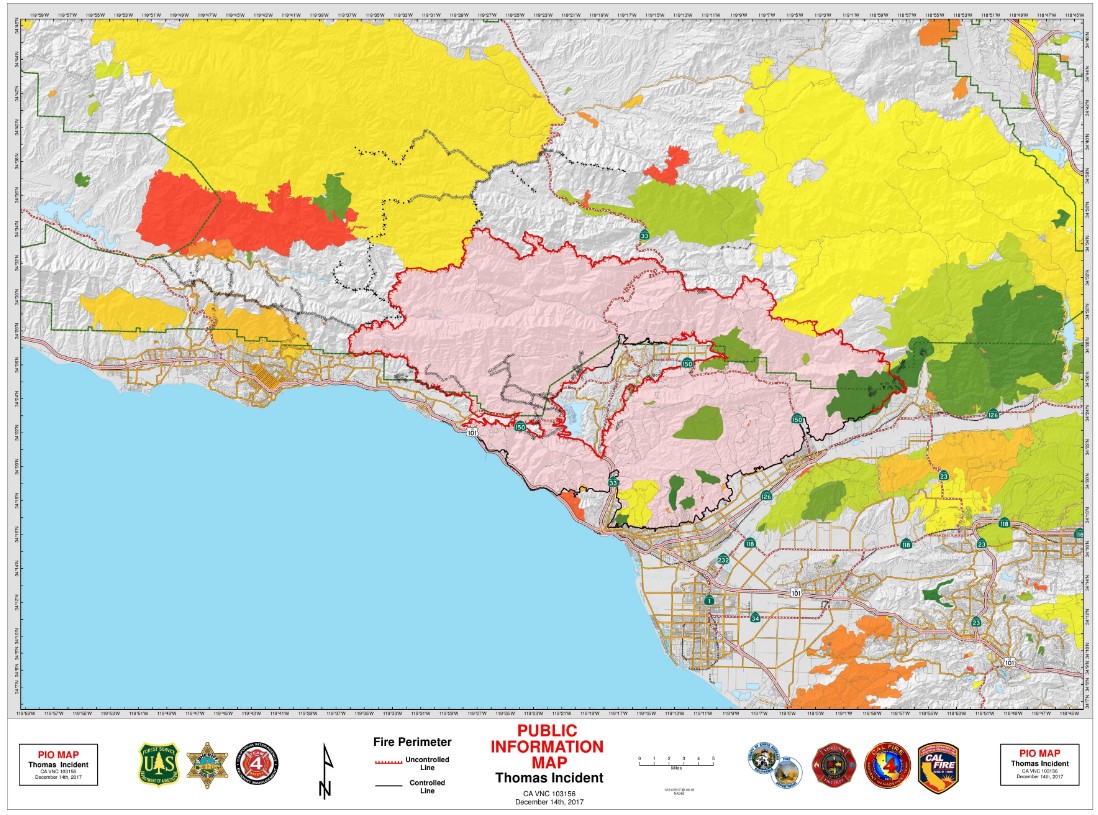 The majority of resources in Santa Barbara Country will focus on securing the western side of the fire, above the coastal communities in Santa Barbara County, authorities said. Firefighters will remain engaged in structure defense operations and establish direct fireline where possible working to tie in to the Tea fire and Jesusita fire footprints. Fire will continue to threaten the communities of Santa Barbara, Carpinteria, Summerland, Montecito and surrounding areas.

In Ventura County, Crews continued to actively engage in suppressing active and small spot fires around the Southeastern portion of the perimeter. Areas currently evacuated are mitigating hazardous conditions. Utility companies continue to assess and mitigate infrastructure that was damaged from the fire so citizens can be safe when returning to these affected areas.

Warm and dry conditions will persist across Southern California through at least Friday which will prolong ongoing conditions favorable for wildfire growth, NWS said.

Strengthening winds today will allow for an increase to "critical" conditions per the latest forecast from the Storm Prediction Center, but there will be some diurnal swings expected in wind strength into the weekend.