IMO geologists say this is not unusual and does not point to any volcanic unrest. 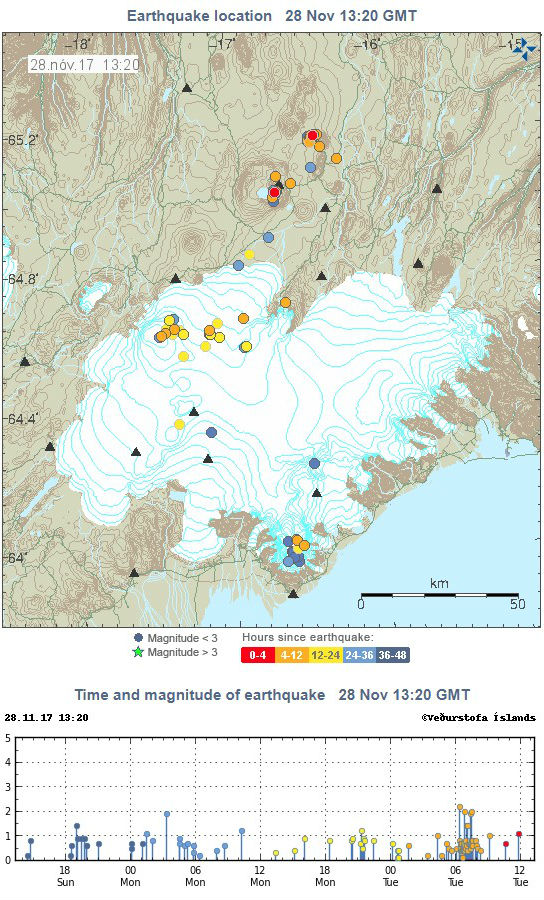 Many postglacial eruptions also occurred along the ring-fracture. A major explosive eruption on the SE caldera margin in 1875 was one of Iceland's largest during historical time. It resulted in the formation of a smaller 4.5-km-wide (2.8 miles) caldera, now filled by Öskjuvatn lake, that truncates the rim of the larger central caldera. The 100-km-long (62 miles) Askja fissure swarm, which includes the Sveinagja graben, is also related to the Askja volcanic system, as are several small shield volcanoes such as Kollatadyngja. Twentieth-century eruptions have produced lava flows from vents located mostly near Öskjuvatn lake.