The Alaska Volcano Observatory (AVO) has raised the Aviation Color Code and Volcano Alert Level to Yellow/Advisory on November 22, 2017, after recent reports of robust steaming and a several month period of elevated earthquake activity. Historical eruptions have been recorded at Great Sitkin since the late-19th century. Its last eruptive episode started in February 1974 and lasted 7 months.

Recent observations of a robust steam plume and a period of gradually increasing seismicity over several months indicate that Great Sitkin Volcano has become restless and is exhibiting behavior that is above background levels, AVO reported 19:57 UTC on November 22, 2017.

Photographs of the volcano taken by local observers on Sunday, November 19 show a light-colored vapor plume rising about 300 m (1 000 feet) above the vent area and extending about 15 – 20 km (9 – 12 miles) to the south. Nothing unusual was observed in seismic or infrasound data around the time the photographs were taken and nothing noteworthy has been observed in satellite data since the emissions were observed, AVO added. 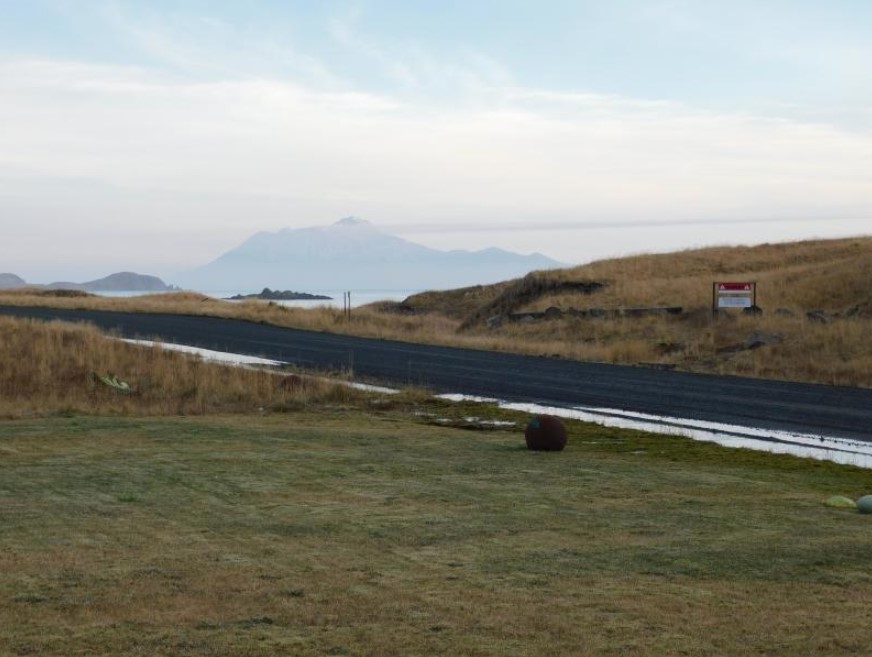 An increased number of small earthquakes was evident as early as late July 2016, and since then the level of seismic activity has fluctuated at low levels but has exhibited a gradual overall increase most notable since June 2017. Seismic activity to date has been characterized by earthquakes that are typically less than magnitude 1.0 and range in depth from near the summit of the volcano to 30 km (18 miles) below sea level. Most earthquakes are in one of two clusters, beneath the volcano's summit or just offshore the northwest coast of the island. The largest earthquake so far was a magnitude 2.8 on September 29, 2017.

Possible explosion signals were observed in seismic data on January 10 and July 21 of this year, but no confirmed emissions were observed locally or detected in infrasound data or satellite imagery. Great Sitkin has experienced at least one other episode of unrest characterized by vigorous steaming. This last occurred in 1953 but no subsequent eruptive activity developed. Minor steaming in the vicinity of the 1974 lava dome was observed in 1986 and in 2012 but no associated eruptive activity occurred. 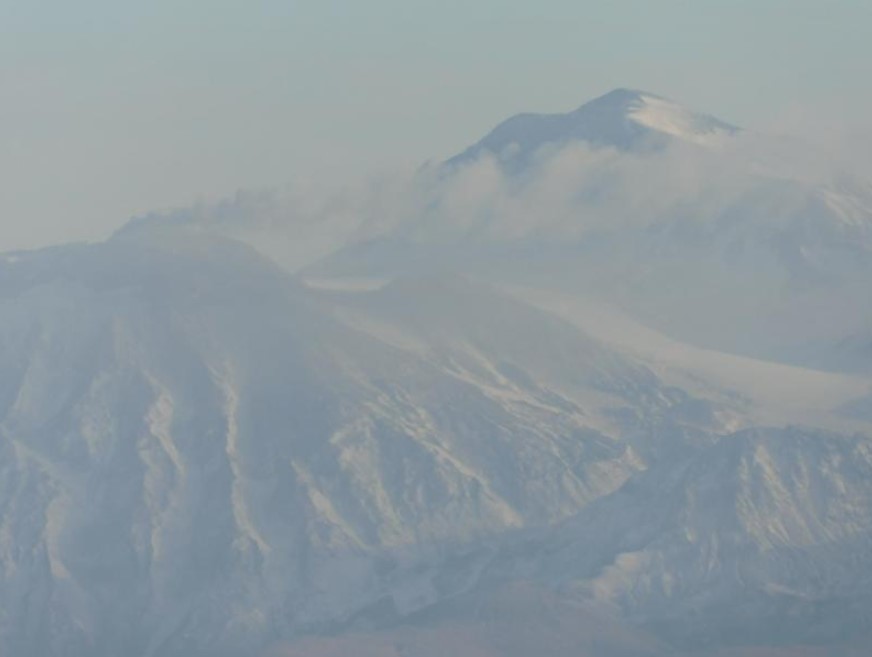 The current unrest is likely the result of magma intrusion beneath the volcano. Typically, such intrusions release gas, which can increase stress in the crust and lead to an increase in the number of earthquakes. If gases build up near the surface, they may be released suddenly in small explosions or robust emissions. It is possible, but not certain, that the volcano may eventually erupt. Prior to a significant eruptive event an even greater increase in seismicity should occur as magma rises to shallower levels in the crust. An ash-producing eruption similar to the most recent historical eruption in 1974 could generate airborne ash that may pose hazards to aircraft. Ash fallout on the nearby community of Adak and the surrounding ocean may also occur. 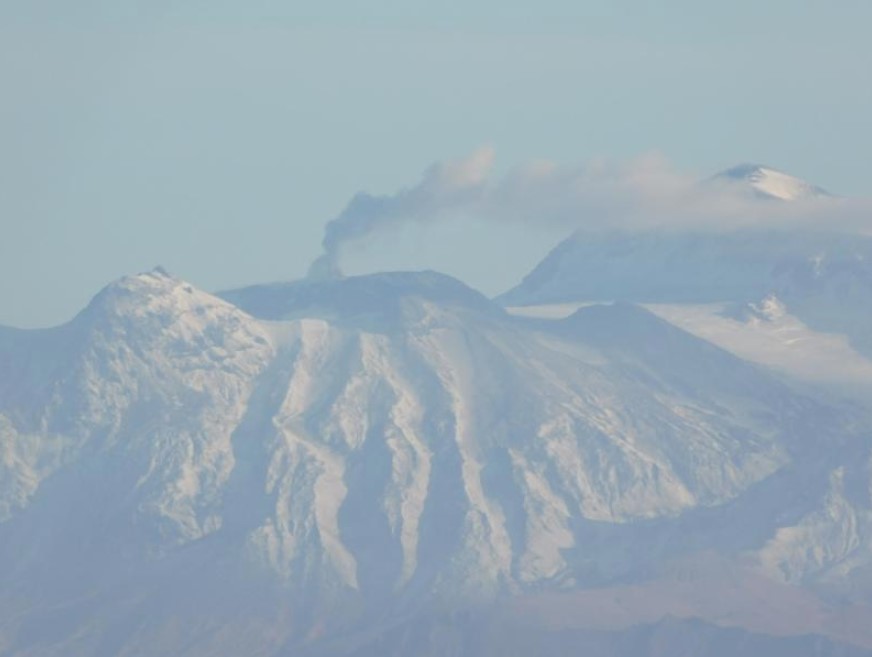 Great Sitkin Volcano is monitored by a five-station seismic network on Great Sitkin Island and with additional seismic stations on the nearby islands of Igitkin, Adak, Kagalaska, and Kanaga. A six-element infrasound array to detect explosions (atmospheric pressure waves), was installed on Adak Island in June 2017. AVO also uses satellite imagery to monitor Great Sitkin Volcano.

The 1740-m-high (5 708 feet) Great Sitkin volcano forms much of the northern side of Great Sitkin Island. A younger parasitic volcano capped by a small, 0.8 x 1.2 km (0.49 – 0.74 miles) ice-filled summit caldera was constructed within a large late-Pleistocene or early Holocene scarp formed by massive edifice failure that truncated an ancestral volcano and produced a submarine debris avalanche. Deposits from this and an older debris avalanche from a source to the south cover a broad area of the ocean floor north of the volcano.

The 1740-m-high summit lies along the eastern rim of the younger collapse scarp. Deposits from an earlier caldera-forming eruption of unknown age cover the flanks of the island to a depth up to 6 meters (19.7 feet). The small younger caldera was partially filled by lava domes emplaced in 1945 and 1974, and five small older flank lava domes, two of which lie on the coastline, were constructed along northwest- and NNW-trending lines. Hot springs, mud pots, and fumaroles occur near the head of Big Fox Creek, south of the volcano. Historical eruptions have been recorded at Great Sitkin since the late-19th century.

Featured image: Great Sitkin, as seen on the morning of November 19, 2017, from Adak. Credit: AVO