Over the past 24 hours, solar wind parameters were indicative of a slow solar wind regime followed by onset of a CIR ahead of an isolated positive polarity CH HSS. Total IMF strength was 1 to 4 nT until after 14:00 UTC (November 20), when the IMF strength increased and reached 15 nT near 23:30 UTC. The Bz component underwent mainly weak deviations before it underwent brief and intermittent southward direction shifts after 16:00. Solar wind speed was about 330 – 350 km/s before it increased to near 430 km/s 00:30 UTC, November 21. The phi angle was primarily positive (away from Sun).

SWPC forecasters expect total IMF strength to remain enhanced on November 21 due to CIR passage, while solar wind speed is expected to increase further due to CH HSS onset.

Solar wind speeds are expected to remain elevated into November 22 as CH HSS influences continue, before declining on November 23 as the CH HSS begins rotating away from the geoeffective position.

The geomagnetic field was at quiet to unsettled levels yesterday, with an isolated active period at the end of the day. G1 – Minor geomagnetic storm threshold was reached 05:30 UTC, November 21.

Under G1 conditions, the area of impact is primarily poleward of 60 degrees Geomagnetic Latitude. Weak power grid fluctuations can occur, minor impact on satellite operations is possible and aurora may be visible at high latitudes. 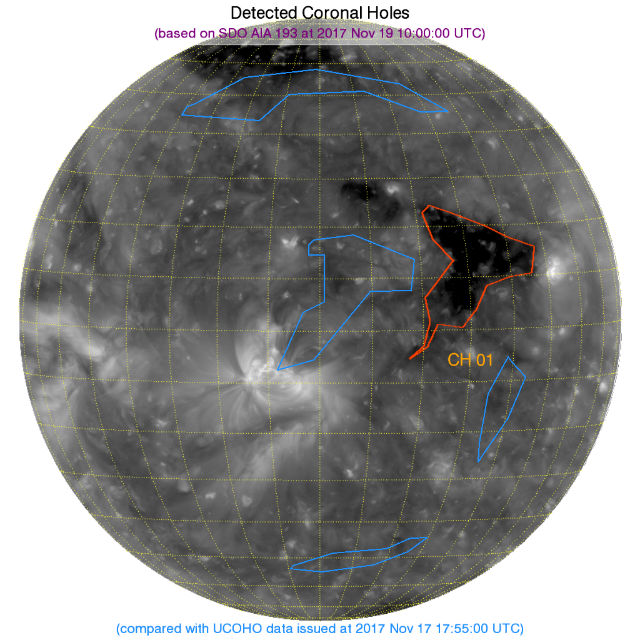 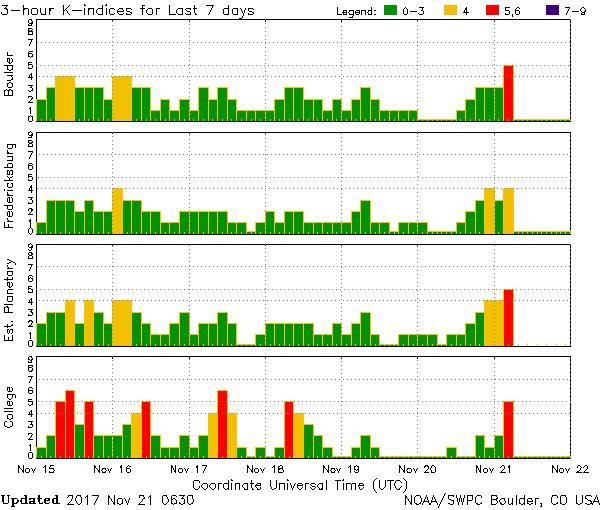 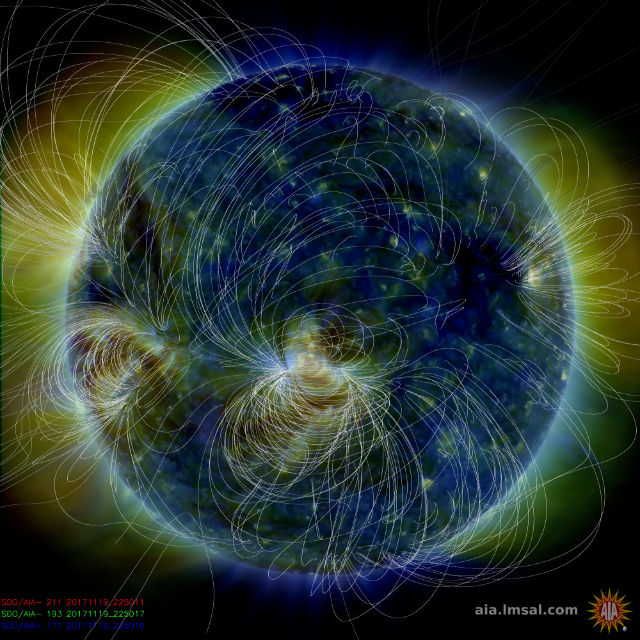 Solar activity is at very low levels. There is only one sunspot region on the Earth side of the Sun today, AR 2687 ('Alpha'). There were none yesterday.

Solar activity is expected to remain at very low levels over the next three days.

High-energy cosmic radiation increase continues. If you are unaware what this means for our planet and us, a good starting point is here. 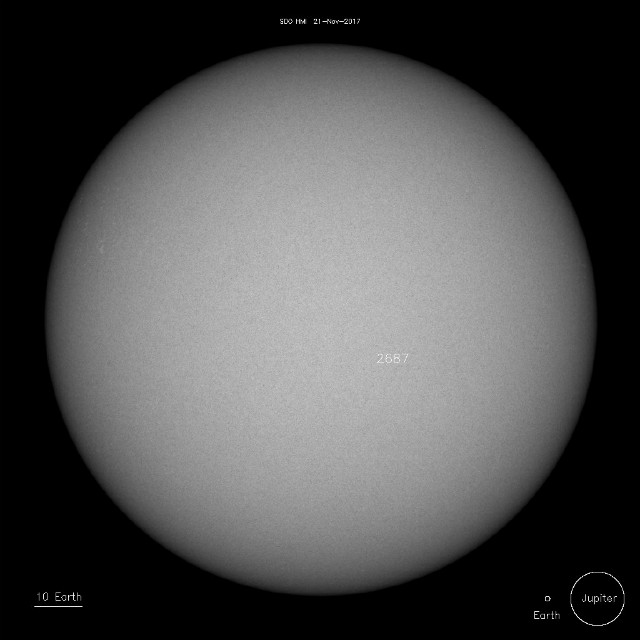