A strong and shallow earthquake registered by the USGS as M6.4 hit Admiralty Islands archipelago, Papua New Guinea at 04:17 UTC on August 27, 2017. The agency is reporting a depth of 8.1 km (5 miles). Geoscience Australia is reporting M6.3 at a depth of 0 km.

Some 56 000 are estimated to have felt light shaking.

There are no reports of damage or casualties. 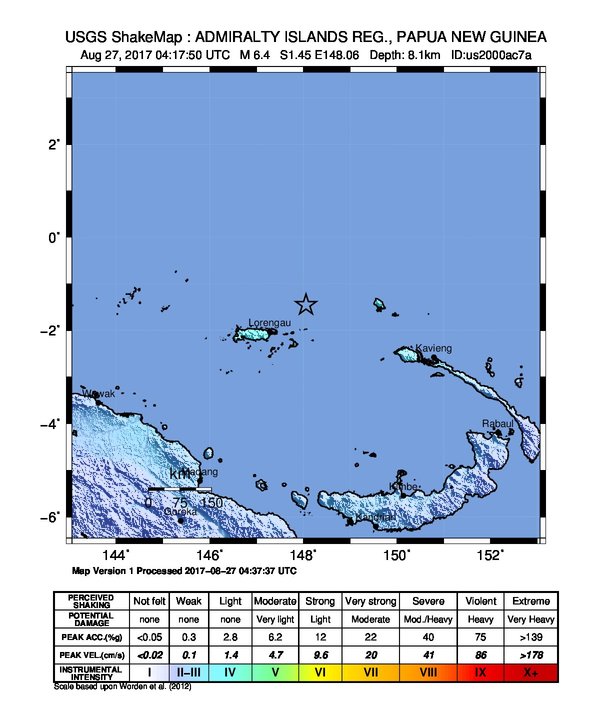 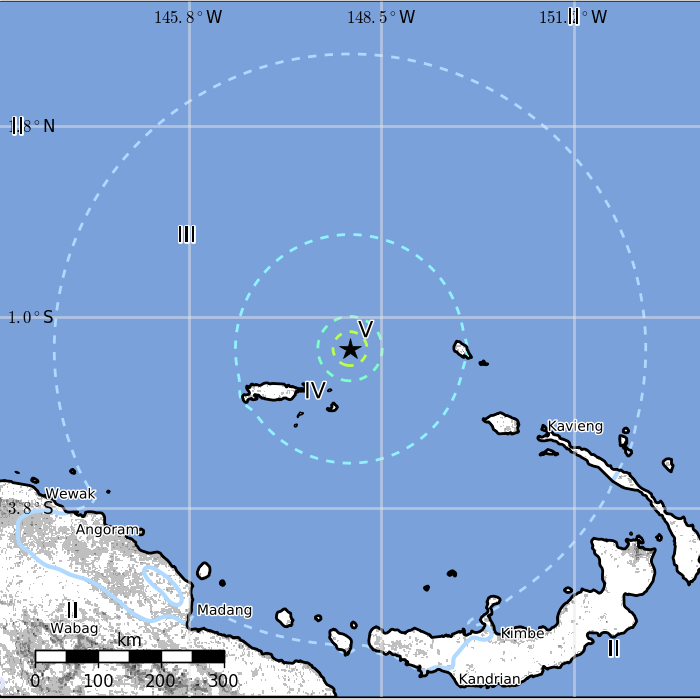 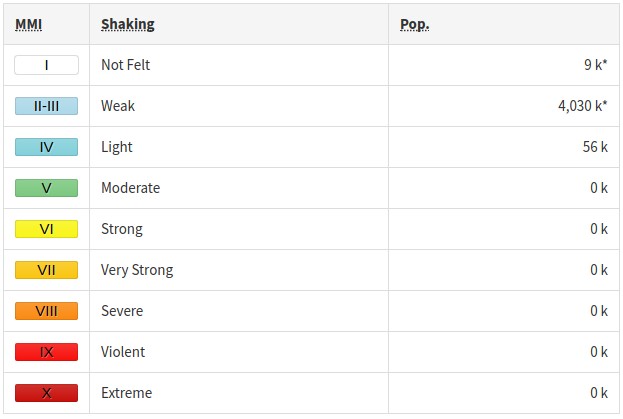 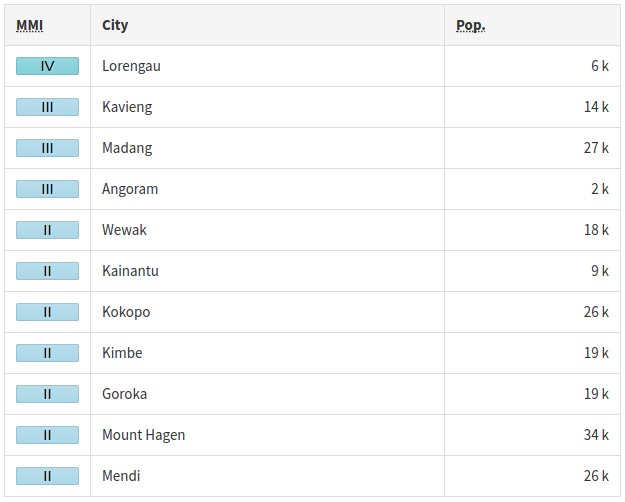