Tropical Storm "Pakhar," known in the Philippines as Jolina, made landfall in Aurora province on Friday, August 25, 2017. The storm is dumping moderate to heavy rainfall within 300 km (186 miles) from the center. After passing over the Philippines, Pakhar is expected to strengthen and make landfall in China's Guangdong Province, just south of Hong Kong and Macau, around 18:00 UTC on August 27. This is the same region devastated by Typhoon "Hato" just a few days ago.

At 21:00 UTC on August 25, the center of Tropical Storm "Pakhar" (Jolina) was located somewhere in the vicinity of Aguinaldo, Ifugao, approximately 235 km (146 miles) north of Manila, Philippines and has tracked northwestward at 20 km/h (13 mph) over the past 6 hours.

Estimated rainfall amount is from moderate to heavy within the 300 km (186 miles) from the center of the storm.

Meanwhile, monsoon rains are expected over the western sections of Central and Southern Luzon, while light to moderate with possible occasionally heavy rains due to thunderstorms will prevail over the rest of Luzon. Residents in these areas, as well as those under Tropical Cyclone Warning Signals 2 and 1 are alerted against possible flashfloods and landslides.

Sea travel is risky over the seaboards of Northern and Central Luzon. 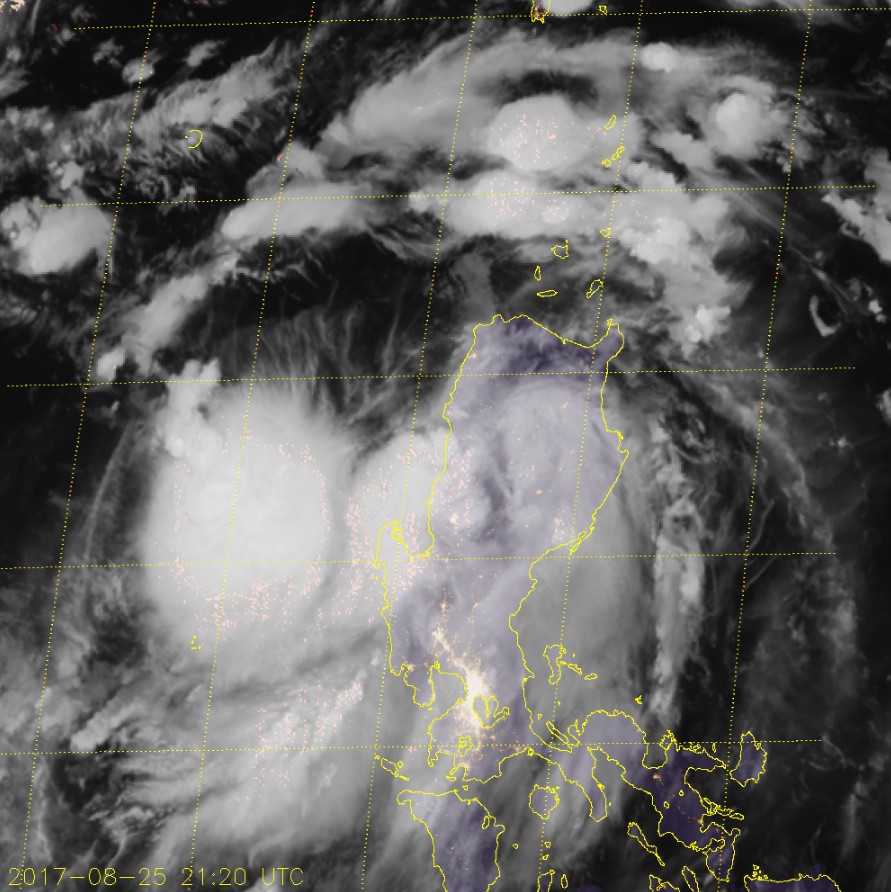 After passing over the Philippines, Pakhar is expected to strengthen into a Category 1 hurricane equivalent and make landfall in China's Guangdong Province around 18:00 UTC on August 27, the same region devastated by Typhoon "Hato" just a few days ago.