The volcano began degassing Friday morning, followed by an expulsion of ash and strong sulfuric stench from 05:18 CST (11:18 UTC). Ashfall affected 86 localities in Chinandega and 92 in El Viejo, which is more than 50 000 citizens, La Prensa reported. 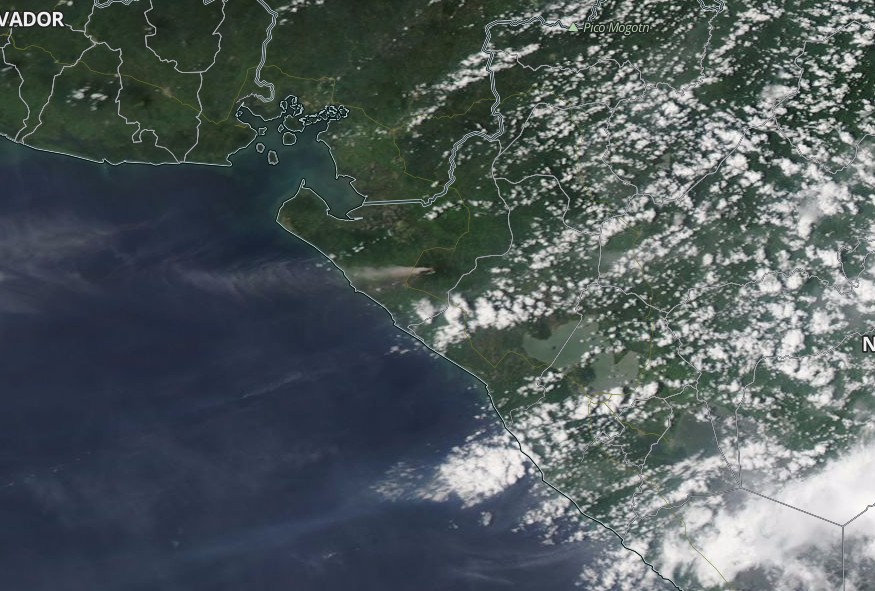 Residents near the volcano, and those affected by ashfall, are reminded to use masks or wet towels to cover their mouth, nose and eyes.

So far, there were no registered explosions, SINAPRED said earlier today.

The last eruption of this volcano took place at 10:20 CST on April 22, 2016. INETER and SINAPRED reported an ash-and-gas plume rose 2 km (6 561 feet) above crater, drifting SW. The seismic network detected 10 additional explosions by 12:00 CST. The previous explosive activity at the volcano occurred on June 6, 2015.

El Chonco, with several flank lava domes, is located 4 km (2.5 miles) W of San Cristóbal; it and the eroded Moyotepe volcano, 4 km NE of San Cristóbal, are of Pleistocene age. Volcán Casita, containing an elongated summit crater, lies immediately east of San Cristóbal and was the site of a catastrophic landslide and lahar in 1998.

The Plio-Pleistocene La Pelona caldera is located at the eastern end of the complex. Historical eruptions from San Cristóbal, consisting of small-to-moderate explosive activity, have been reported since the 16th century. Some other 16th-century eruptions attributed to Casita volcano are uncertain and may pertain to other Marrabios Range volcanoes. (GVP)