Deadly flooding and landslides in southern and eastern parts of Kenya claimed lives of at least 9 people since the rains started on Friday, May 5, 2017.

More than 5000 people in Taveta Taita Taveta County near the Kenya coast have been displaced by flooding on May 8, after heavy rain pounded the area and neighboring Tanzania, The East African reports. Women and children were forced to sleep in the cold on Friday, Saturday and Sunday after they were rendered homeless by the floods, the paper said, adding that the residents blamed the contractor of the Voi-Taveta highway, China City Construction Company, which directed drainages for water from Mount Kilimanjaro towards the village.

“We have lived here for many years and we had never experienced floods until the road construction started. The frustrating thing is that the contractor is not doing anything to stop this,” one of the residents said. There are fears of outbreak of water-borne diseases as their latrines have been submerged in water.

On the same day, six people were killed after a wall of the Pandya Hospital in Mombasa where they were hiding from the rain collapsed, burying them alive. A man and his four-year-old daughter died in Runyu village of Mikindani after their house was destroyed by a wall. The third victim died in Junda ward, Kisauni constituency, who collapsed after walking in the rain and died. According to WMO figures, 235 mm (9.2 inches) of rain fell in Mombasa within 24 hours between May 8 and 9.

The FloodList reported that several rivers have overflowed in other areas, including in Kwale County where bridges and communication routes have been damaged in Lunga-Lunga and Maji Ya Chumvi. 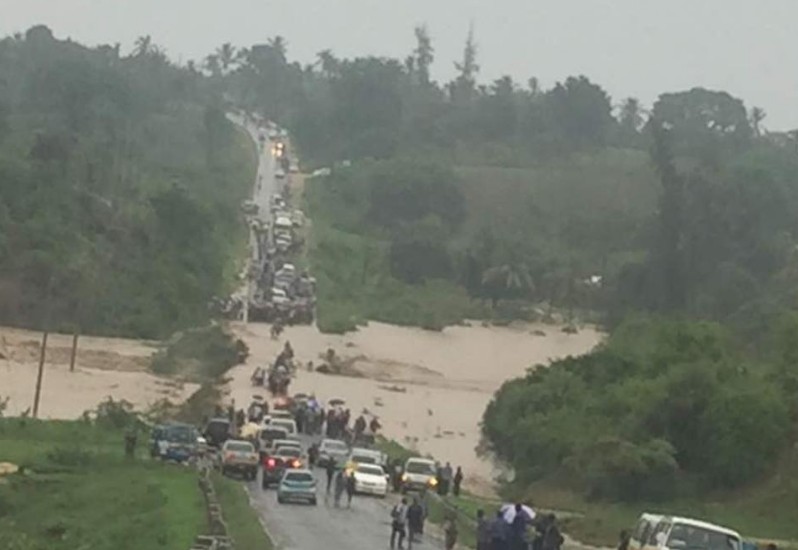 Mbogolo bridge on Mombasa-Malindi highway washed away after heavy rains on May 8, 2017. Credit: The Star 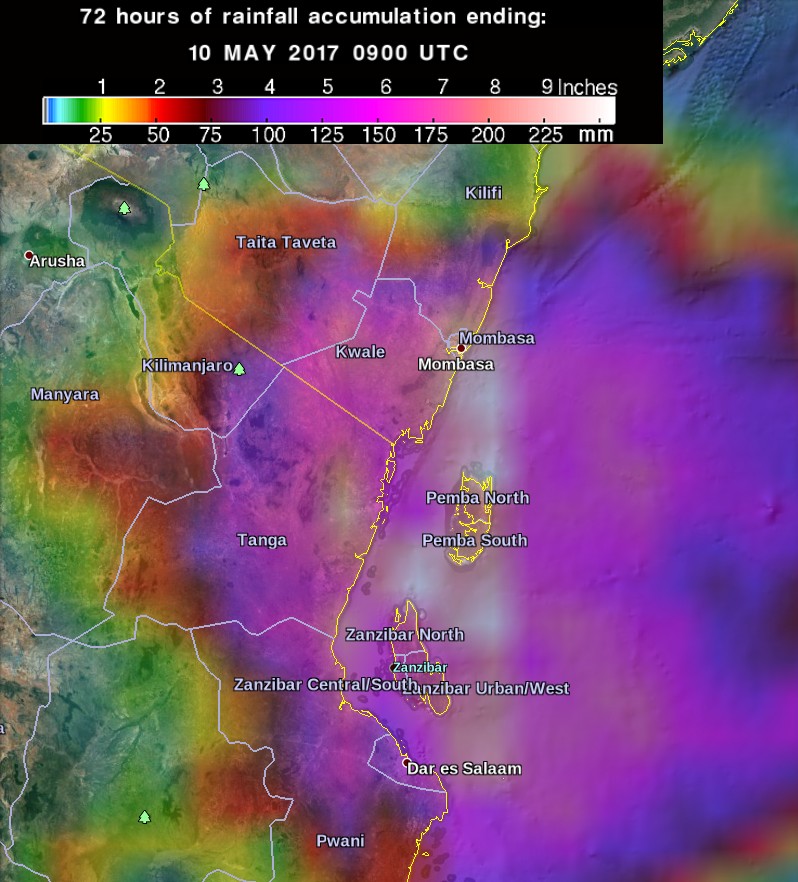 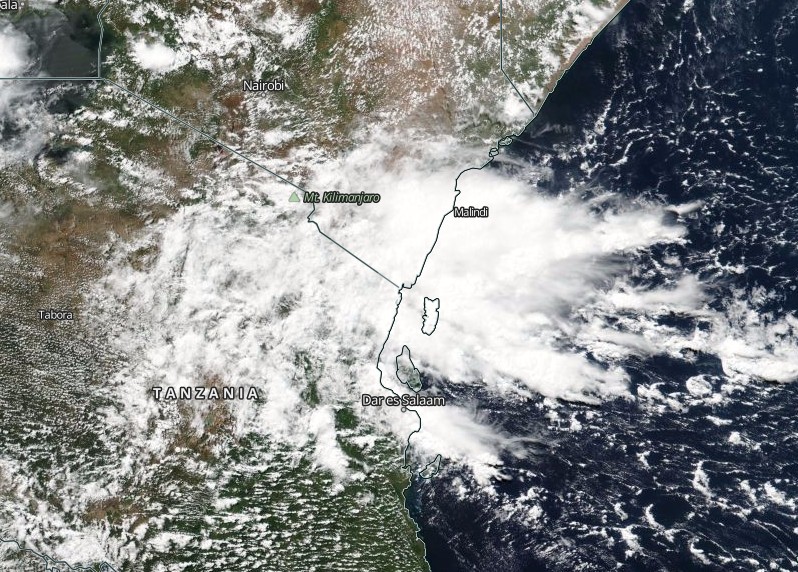 In Kilifi County, five homesteads and a school in Palakumi location in Ganze were destroyed by the rain. Ganze Deputy County Commissioner Mohamed Mwabudzo also said five homesteads were demolished, leaving more than 20 families in the cold. The mud-walled Mwenge Primary School also caved in while pupils were in their classrooms. However, no casualties were reported. "Our classrooms are leaking and the drainage system in the school is poor. We have no money to stop this, not even through water harvesting, and it is affecting learning," said head teacher Benson Ponda.

Over flooding in river Mbadi cutting off Kwale – Kinango road. Several vehicles are stuck on the way. #FloodUpdatesKe pic.twitter.com/bdkvGjPAxh