A new phenomenon seen as a giant purple streak of light in the night sky has been recently discovered and, for lack of a better word, named Steve. Steve was discovered thanks to scientists, citizen scientists, ground-based imagers and ESA's magnetic field Swarm mission.

Originally thought to be a ‘proton arc,’ this strange feature has captured the attention of scientists and while there is still a lot to learn about it, the electric field instrument aboard Swarm mission has measured it.

Speaking at the recent Swarm science meeting in Canada, Eric Donovan from the University of Calgary explained how this new finding couldn’t have happened 20 years ago when he started to study the aurora.

While the shimmering, eerie, light display of auroras might be beautiful and captivating, they are also a visual reminder that Earth is connected electrically to the Sun. A better understanding of the aurora helps to understand more about the relationship between Earth’s magnetic field and the charged atomic particles streaming from the Sun as the solar wind.

“In 1997 we had just one all-sky imager in North America to observe the aurora borealis from the ground,” Donovan said.

“Back then we would be lucky if we got one photograph a night of the aurora taken from the ground that coincides with an observation from a satellite. Now we have many more all-sky imagers and satellite missions like Swarm so we get more than 100 a night.”

And now, social media and citizen scientists also have an increasingly important role.

At a recent talk, Prof. Donovan met with members of Alberta Aurora Chasers, a Facebook group which attracts members of the general public who are interested in the night sky and includes some talented photographers.

Looking at their photographs, Donovan came across something he hadn’t seen before. The group called this strange purple streak of light in the night sky captured in their photographs a ‘proton arc’ but for a number of reasons, including the fact that proton aurora are never visible, he knew this had to be something else. However, nobody knew what it actually was so they decided to put a name to this mystery feature: they called it Steve. 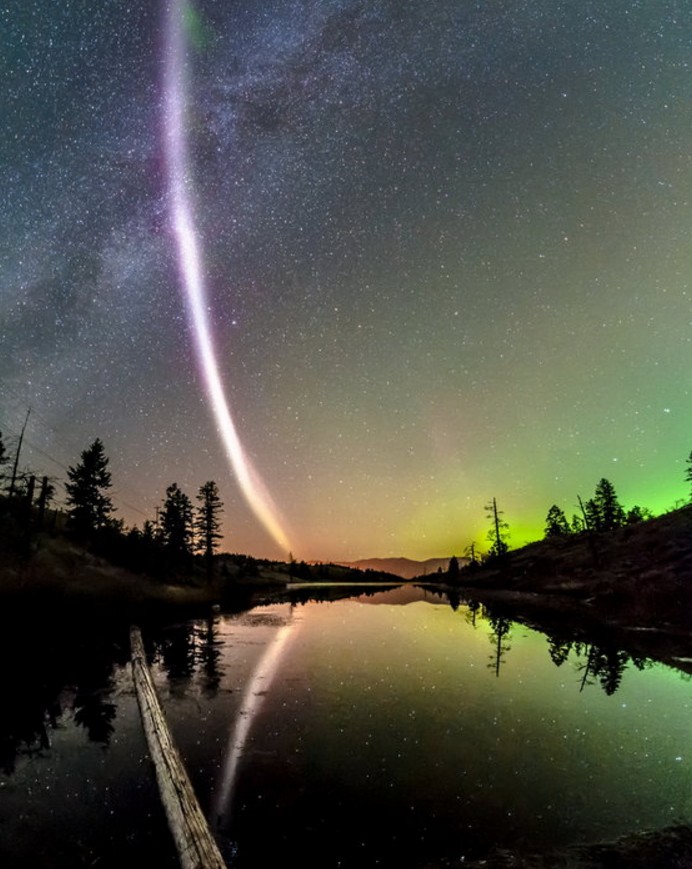 While the Aurora Chasers combed through their photos and kept an eye out for the next appearances of Steve, Prof. Donovan and colleagues turned to data from the Swarm mission and his network of all-sky cameras.

“It turns out that Steve is actually remarkably common, but we hadn’t noticed it before. It’s thanks to ground-based observations, satellites, today’s explosion of access to data and an army of citizen scientists joining forces to document it," Donovan said. “Swarm allows us to measure it and I’m sure will continue to help resolve some unanswered questions.”

“The ground network and the electric and magnetic field measurements made by Swarm are great tools that can be used to better understand Steve. This is a nice example of society for science,” ESA’s Swarm mission scientist, Roger Haagmans, added. “It is amazing how a beautiful natural phenomenon, seen by observant citizens, can trigger scientists’ curiosity."