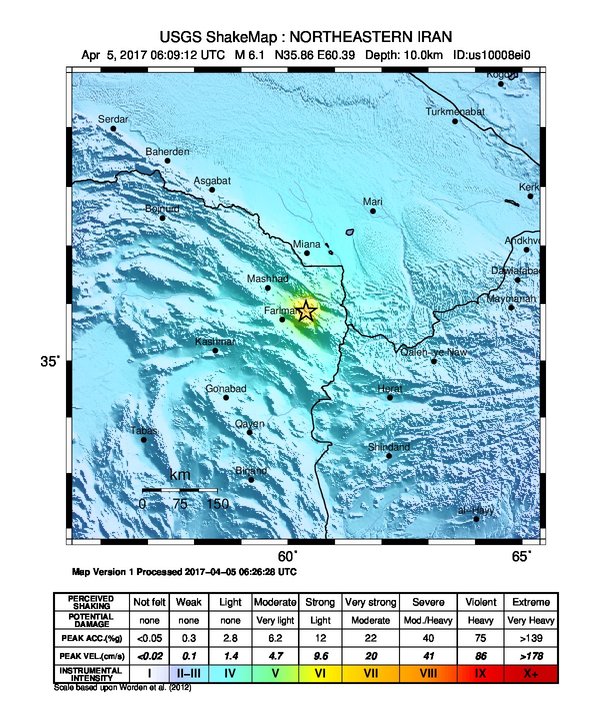 USGS initially issued a yellow alert level for shaking-related fatalities (some casualties are possible and the impact should be relatively localized / past events with this alert level have required a local or regional level response), but later revised to green (there is a low likelihood of casualties and damage). 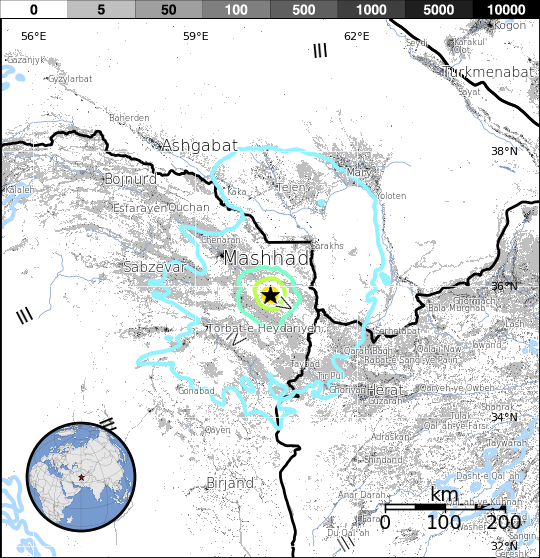 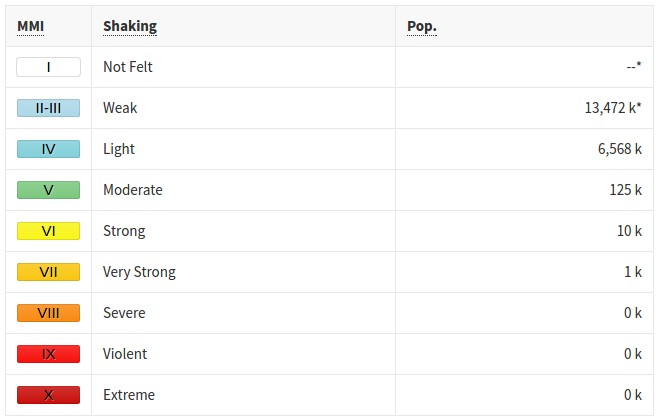 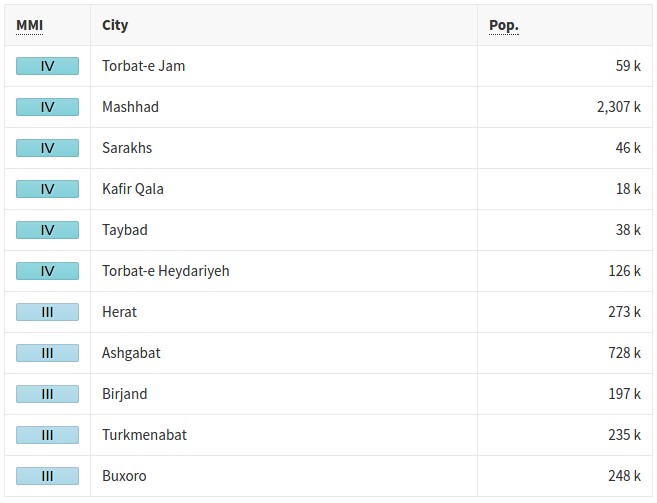 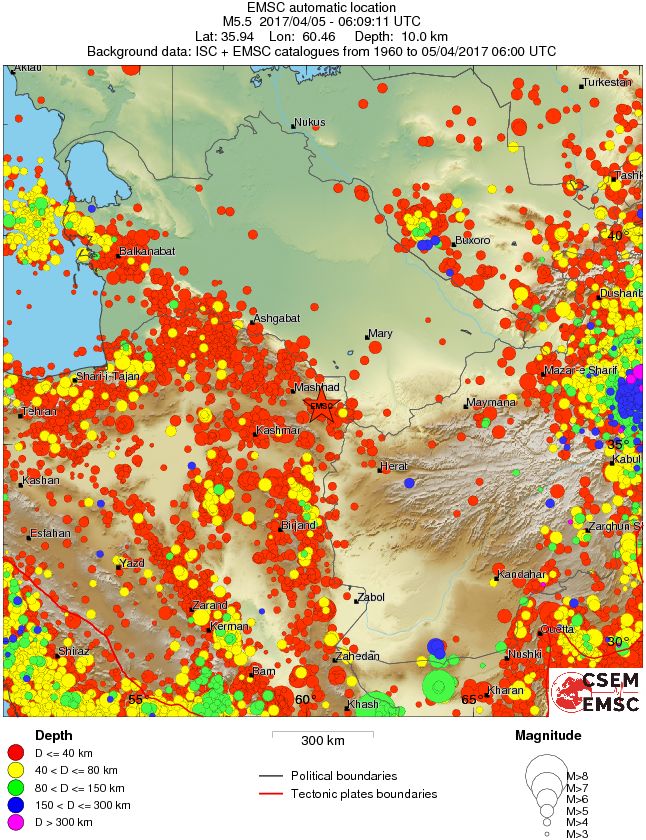 Initial reports suggest two people have died and a dozen others have been injured in Sefid Sang in Fariman County of Khorasan Razavi Province, of which Mashhad is the capital.

Local media said at least 20 aftershocks with magnitudes from 3.1 to 4.7 were registered.

A professor at Iranian Seismological Center said there are two fault lines in the area where the quake took place, adding that the center was studying which one had caused the tremor. Given the magnitude of the quake, he said, the aftershocks could continue for a month.

Some media report that between 40 and 100% of buildings in four villages were destroyed. However, Tasnim news agency denied such claims and described them as rumors.