Tropical Cyclone "Enawo" has formed in the South Indian Ocean on March 3, 2017 and is now rapidly strengthening on its way toward Madagascar. Although the exact location is still unknown, it is possible Enawo will make landfall over northeastern Madagascar as an intense tropical cyclone (Category 3 or 4 hurricane equivalent) early Monday, March 6, 2017, and continue its track southward across the country.

The ECMWF model is forecasting a strong ridge to take Enawo westward into Madagascar, while the majority of the guidance forecasts a weaker ridge scenario, with Enawo tracking southwestward along the western periphery. 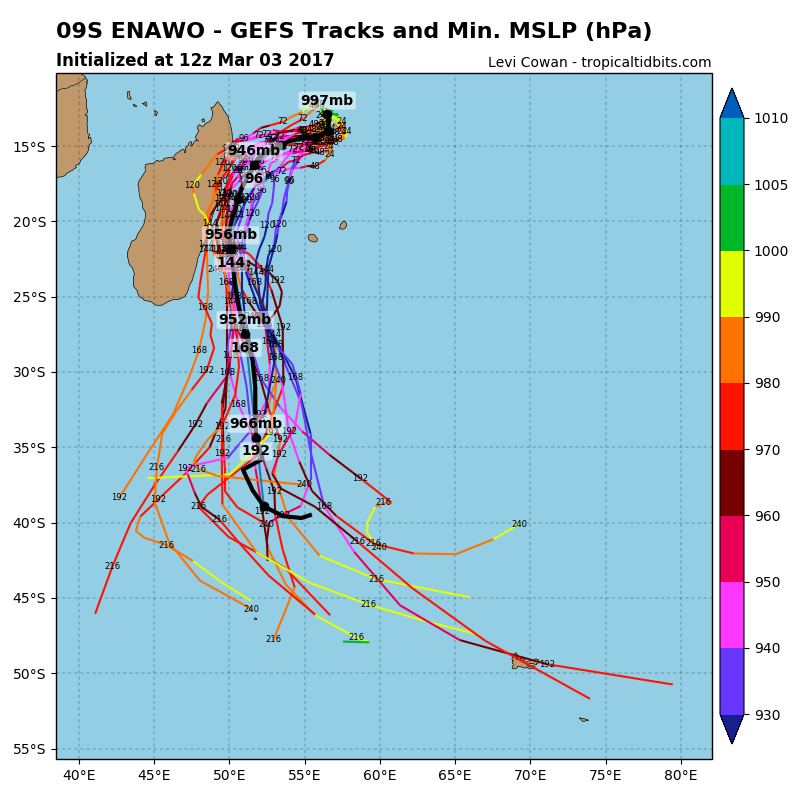 In either case, rapid strengthening is expected over the next 72 hours as environmental conditions continue to improve. 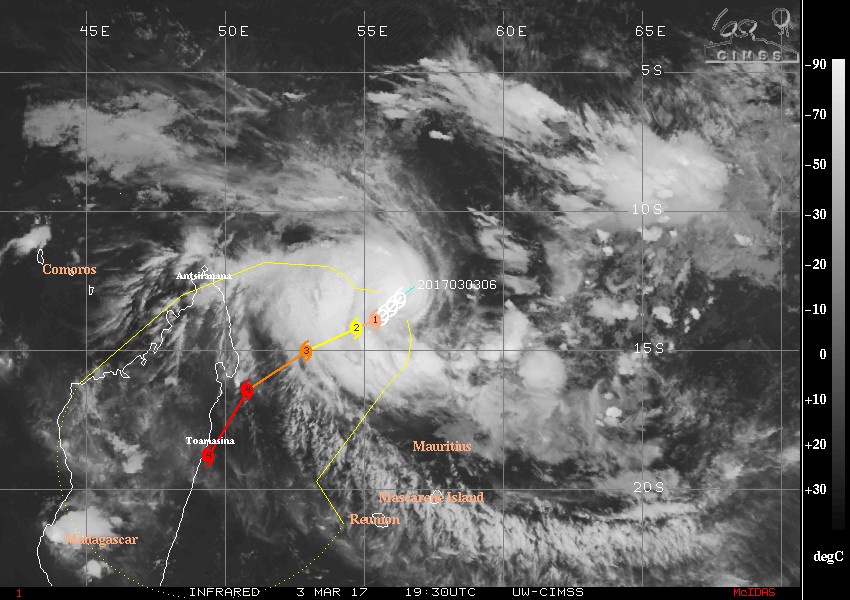 Enawo is expected to reach Category 4 hurricane equivalent before it makes landfall, and bring devastating winds to Madagascar's coastline. Life-threatening flooding and wind gusts in excess of 160 km/h (100 mph) can be expected.

In this scenario (Category 4 landfall), well-built framed homes can sustain severe damage with loss of most of the roof structure and/or some exterior walls. Most trees will be snapped or uprooted and power poles downed. Fallen trees and power poles will isolate residential areas. Power outages will last weeks to possibly months. Most of the area will be uninhabitable for weeks or months.

After landfall, Enawo is expected to continue southward across Madagascar. 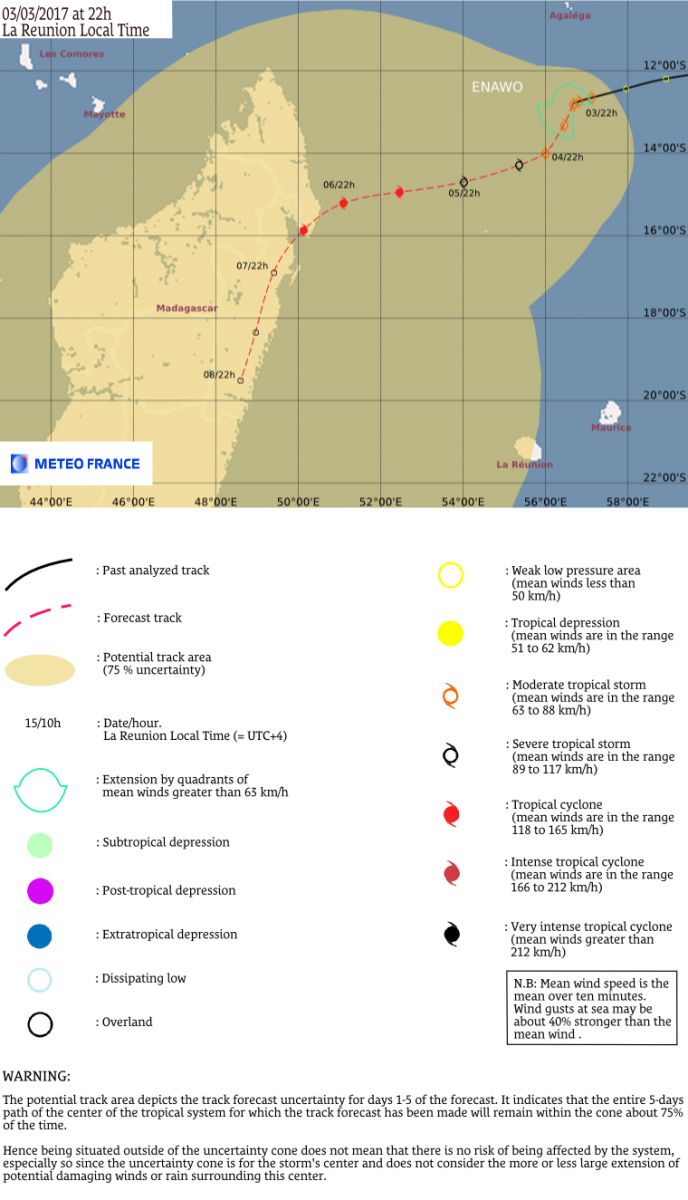 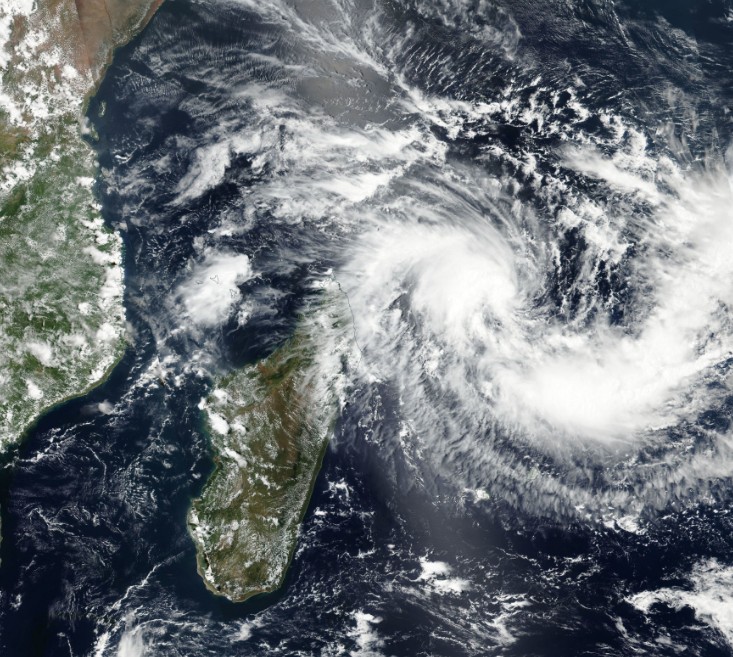 At 12:00 UTC, the center of Tropical Cyclone "Enawo" was located about 694 km (431 miles) east of Antahala and 1 132 km (703 miles) north-northeast of capital Antananarivo, Madagascar. Its minimum estimated central pressure was 990 hPa. 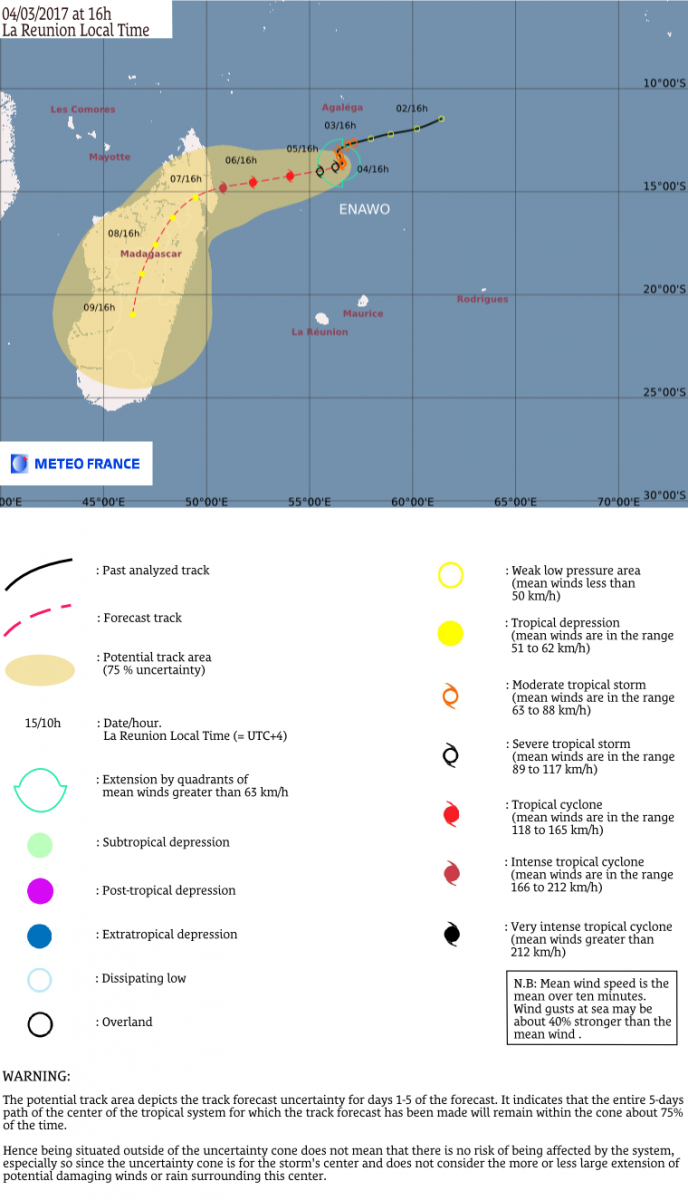 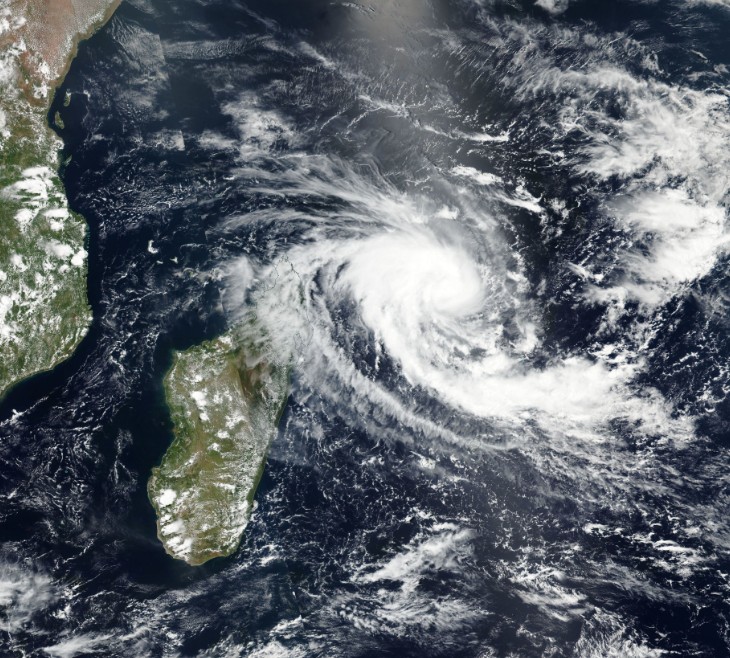 JTWC said 09:00 UTC today that the available numeric guidance members are in general agreement with the track towards Madagascar with some spread in the track and timing of eventual westward motion.

"ECMWF is notably the westward outlier favoring a strong subtropical ridge. In view of there, there is an overall low confidence in the JTWC forecast track," the agency said.

Enawo is expected to make landfall over SE Antsiranana Province, Madagascar shortly after 10:00 local time (07:00 UTC) on March 7, 2017. The system is expected to reach the coast as Category 2 hurricane equivalent. Winds produced by Enawo at the time of landfall can cause extensive damage. In addition, Enawo is bringing heavy rain which could cause major flooding and landslides.