For the first time since records began, temperatures in Oman's Musandam Governorate dipped as low as 5 °C (41 °F) on February 4, 2017. The same weather setup produced record-low temperatures in southwestern Qatar and relatively rare snow and freezing temperatures in northeastern UAE.

At the same time, over the higher areas of the Al Hajar mountains and Musandam Governorate, ice formed in puddles and there was a thin covering of snow in places. After the clouds had cleared, satellite imagery picked up images of the snow remnants on the highest part of the Musandam peninsula, EUMETSAT reported.

The Meteosat-8 image taken 08:00 UTC on February 4 (below), which combines the Natural Colour RGB with the high resolution visible (HRV) channel in semi-transparency, shows a little patch of snow in a light blue color. 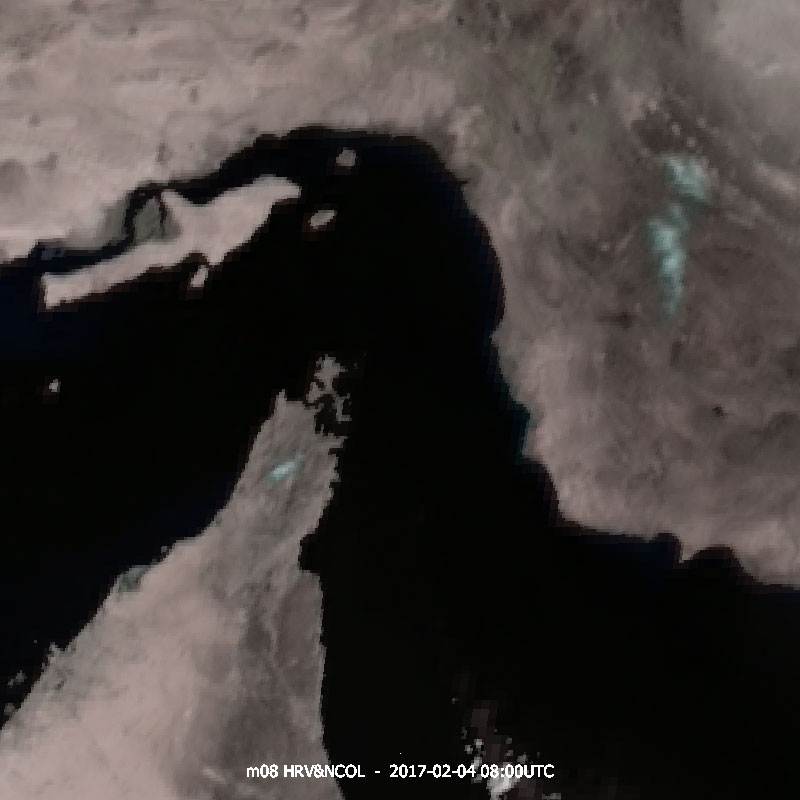 The Natural Colour RGB from Suomi-NPP shows a sharper scene at 375 m spatial resolution. Overlaying this image on Google Earth map gives a 3D-rendering of the snowy area. 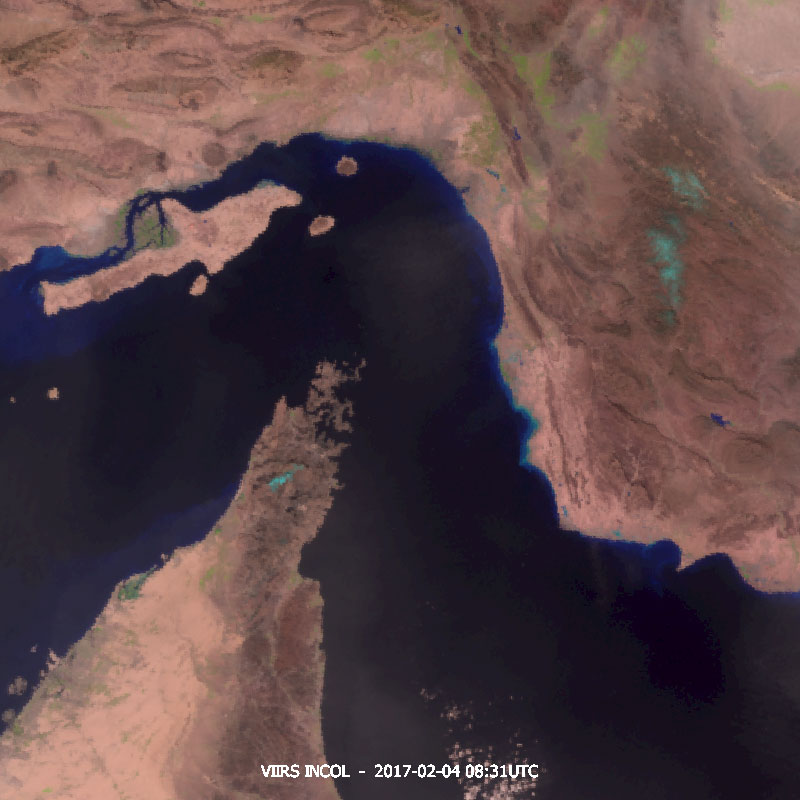 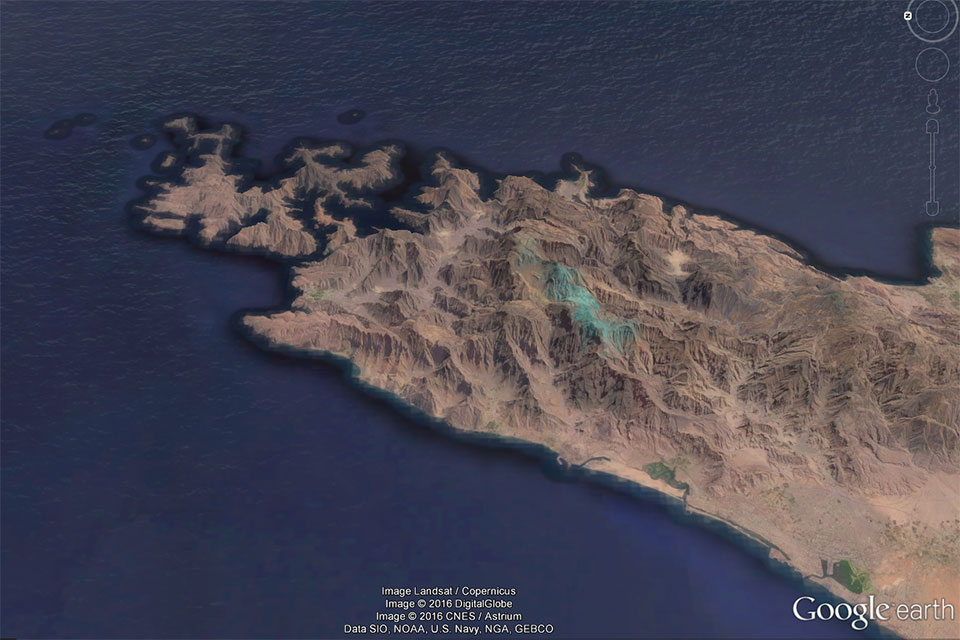 As well as the rain and snow, the cold outbreak brought chilly winds that lifted desert dust over inner Oman. Further away, the winds blew dust from the Iran-Pakistan border regions into the Arabian Sea.

On Sunday, February 5, Qatar Meteorology Department (QMD) said their weather station located in the coastal city of Abu Samrah, in the country's southwest, measured a record-breaking low temperature of 1.5 °C (34.7 °F). To date, it is the coldest recorded temperature in the weather monitoring history of the State of Qatar. The new record low temperature is the lowest since the 3.8 °C (38.8 °F) recorded in January 1964 in the city of Mesaieed, the department said. 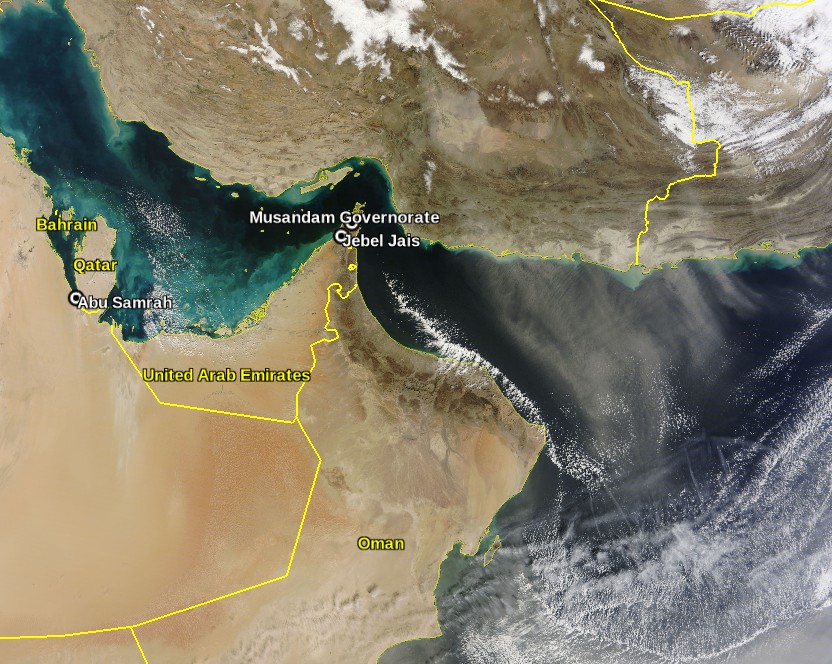 The cold outbreak over the Persian Gulf and the Arabian Peninsula during the first few days of February 2017 was associated with Shamal wind effect.

According to scientists at the University of Wisconsin-Madison SSEC/CIMSS, the cold air associated with the Shamal wind was especially evident at locations along the Persian Gulf between February 1 and 4. For example, the daily maximum temperature at Abu Dhabi, UAE on February 1 was 31 ºC (88 ºF), while it was only 18 ºC (64 ºF) on February 3. At Doha in Qatar, the minimum temperature was 9 ºC (48 ºF) – their all-time minimum is 4 ºC (39 ºF). In addition to Abu Dhabi, blowing dust/sand also restricted surface visibility to 3.2 km (2 miles) or less at locations such as Abu Musa Island and Fujairah.