A very deep penumbral lunar eclipse will take place on February 11, 2017, with the greatest eclipse at 00:45 UTC. It will be visible throughout most of eastern South America, eastern Canada, the Atlantic Ocean, Europe, Africa, and western Asia.

Penumbral eclipses are subtle and hard to observe. They, like other lunar eclipses, occur whenever the Earth passes between the Moon and Sun, such that it obscures the Sun's light and casts a shadow onto the Moon's surface.

About 35% of all eclipses are of the penumbral type which are very difficult to detect, even with a telescope. Another 30% are partial eclipses which are easy to see with the unaided eye. The final 35% or so are total eclipses, and these are quite extraordinary events to behold.

As a result, the Moon's brightness will begin to dim, as it is less strongly illuminated by the Sun, but the whole of the Sun's disk will remain illuminated to some degree. Although the Moon's light dims considerably during a penumbral eclipse, this is only perceptible to those with very astute vision, or in carefully controlled photographs.

This is 4.4 days after the Moon reaches perigee, in the constellation Leo. The synodic month in which the eclipse takes place has a Brown Lunation Number of 1164.

The eclipse belongs to Saros 114 and is number 59 of 71 eclipses in the series. All eclipses in this series occur at the Moon’s ascending node. The Moon moves southward with respect to the node with each succeeding eclipse in the series and gamma decreases.

It will be visible throughout most of eastern South America, eastern Canada, the Atlantic Ocean, Europe, Africa, and western Asia.

The penumbral lunar eclipse of February 11, 2017 is followed two weeks later by a annular solar eclipse on February 26, 2017.

Learn more about solar eclipse of February 26 and other celestial events occurring this month in our Night Sky Guide. 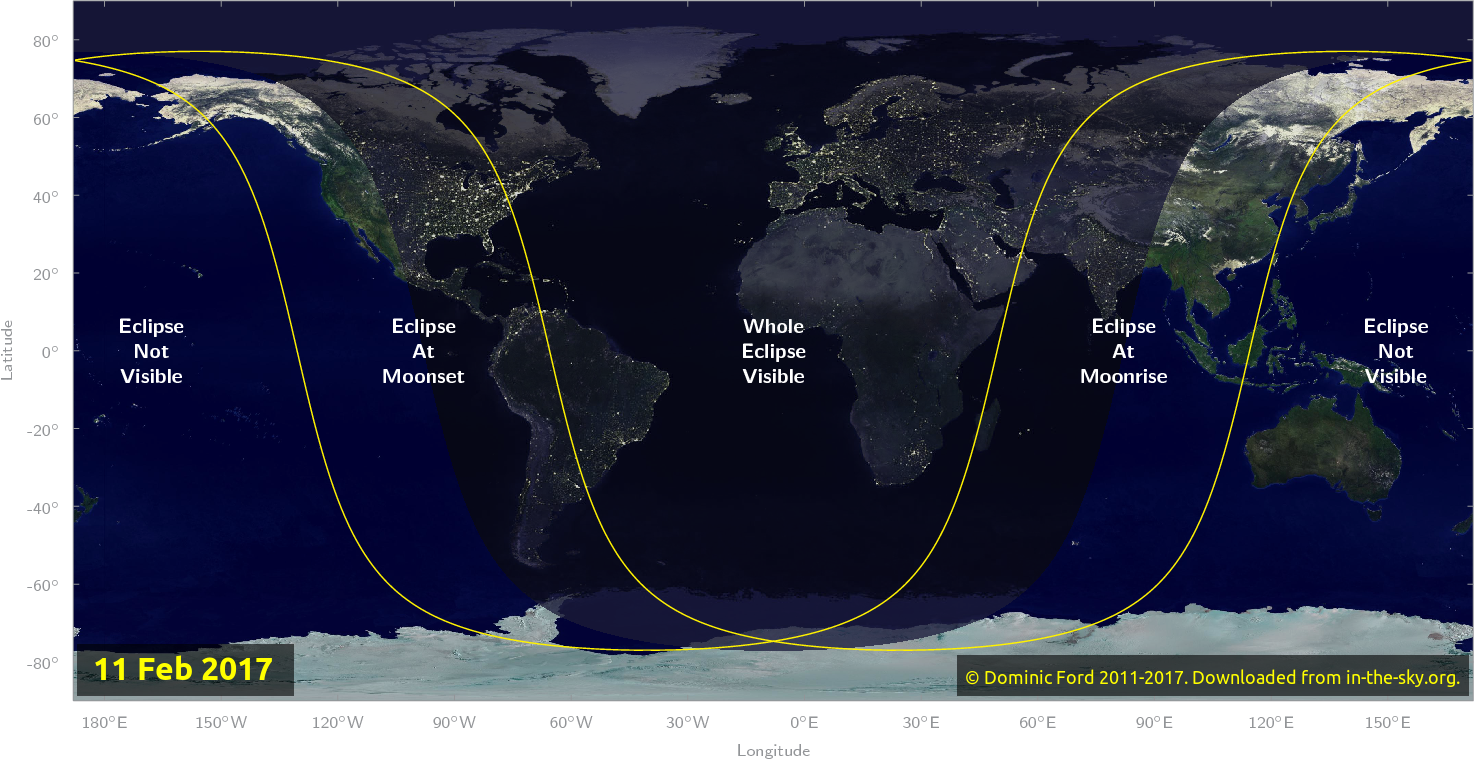