Fueled by strong winds and a heat wave, dozens of wildfires are burning in central and southern Chile, threatening towns, factories and vineyards. Four firefighters have lost their lives since December 28.

Chile has declared a state of emergency on Friday, January 20, 2017, as more than a dozen of fires that have scorched nearly 50 000 hectares (123 500 acres) threatened to encroach on towns, factories and vineyards, Reuters reported.

President Michelle Bachelet instructed the Interior Ministry to declare a catastrophe zone and a state of emergency in the areas affected by the fires, but she is being criticized by the local population for acting too late.

Describing the dramatic conditions his community faces, the major of Santa Cruz, William Arévalo, told Cooperativa they are in 'hell for a week.'

Arévalo said that the decision to declare a state of emergency came too late. "This decision should have been made Monday or Tuesday," he said and added they had no support at the level of central government since the declaration has been made.

Authorities have made a call to 'private companies that have helicopters and aircraft to help,' because the Conaf (National Forest Corporation) is 'overtaken' and 'does not have enough resources.'

The smoke from one of the fires is cloaking capital Santiago in a thick haze. 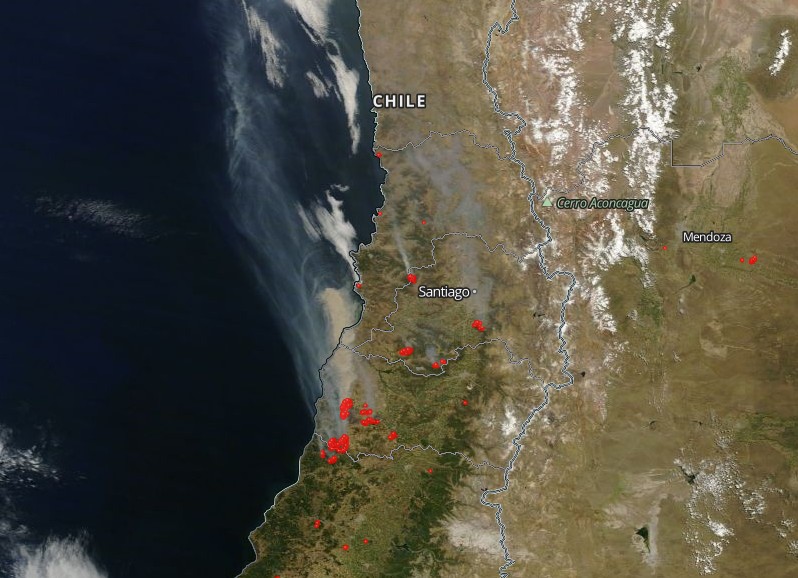 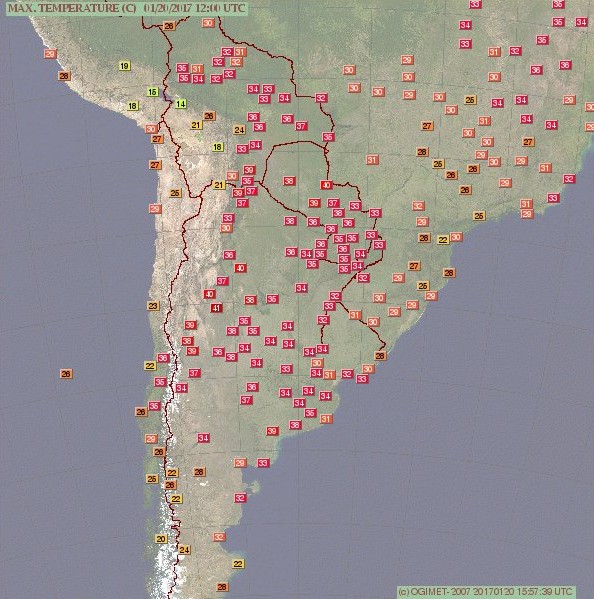 Over the past 30 days, 4 firefighters have died battling the blazes. On December 28, the pilot of a single engine air tanker was killed when his aircraft crashed about 15 km (9.3 miles) from the town of Santa Juana after working on a wildfire in Bio Bio region.

Three of them died on January 15, while battling a fire in the commune of Vichuquén, Maule.

On January 2, a massive wildfire engulfed the Chilean port city of Valparaiso. At least 100 homes have been destroyed, more than 400 people were evacuated and 19 injured.