A deadly EF3 tornado has touched down in the city of Hattiesburg, Mississippi at 09:45 UTC (03:45 CST) on Saturday, January 21, 2017, causing significant injuries and structural damage and leaving at least 4 people dead.

The tornado was located around 03:45 CST over West Hattiesburg, moving northeast at 80 km/h (50 mph), the NWS said. It destroyed numerous homes, collapsed buildings, downed power lines and left at least 4 people dead. The event prompted Mayor Johnny DuPree to sign an emergency declaration for the city of about 46 000 people.

There are reports of multiple people trapped in houses. A fire station and a private college have also been damaged. Dormitories and other buildings have been damaged but students reported only minor injuries, the college said.

A search and rescue operation is underway in Hattiesburg, DuPree said before dawn. Most of the damage appears to be on the downtown's outskirts, he added.

Damage was also reported in the adjacent Petal, a community of about 10 400 people.

Parts of an AT&T store and a loan store collapsed at a shopping center in Petal. 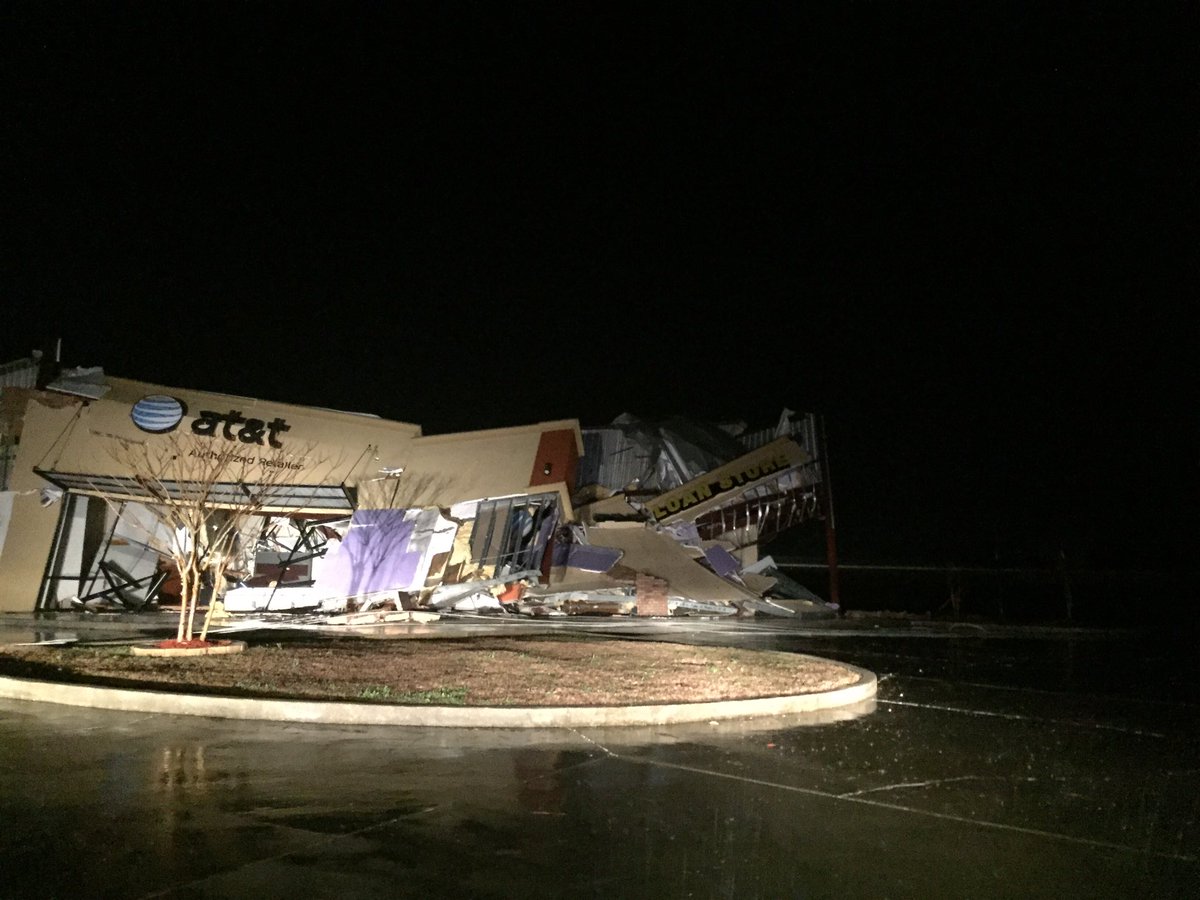 I-59 was closed due to debris and public asked not to travel in the area because of downed trees and other destruction.

The National Weather Service said strong to severe thunderstorms will be possible over the couple of days along the central Gulf Coast and portions of the southeast. Storms may contain damaging winds, large hail and isolated tornadoes.

Scattered to widespread rain is forecast for much of the Deep South, Southeast, Tennessee valley and the Mid-Atlantic this weekend as a series of upper-level disturbances move overhead, it said.

A warm front is expected to develop today across the over the Gulf states and will be a focus for numerous showers and thunderstorms through overnight hours.

In addition, a low pressure system will spin up over the Southern Plains – spreading showers and thunderstorms with it as it as it tracks eastward by Sunday morning.

Periods of intense rainfall maybe possible across the South and may increase the risk for flash flooding.

The Weather Prediction Center has issued a slight risk of excessive rainfall today for the western Gulf Coast/Lower Mississippi valley and across the Southeast on Sunday.

The Storm Prediction Center has highlighted much of the Deep South and Southeast as having a slight to enhanced risk for severe thunderstorms today- shifting to the Southeast and southern Mid-Atlantic region on Sunday.