Based on all available data, there is no tsunami threat from this earthquake, the PTWC said. 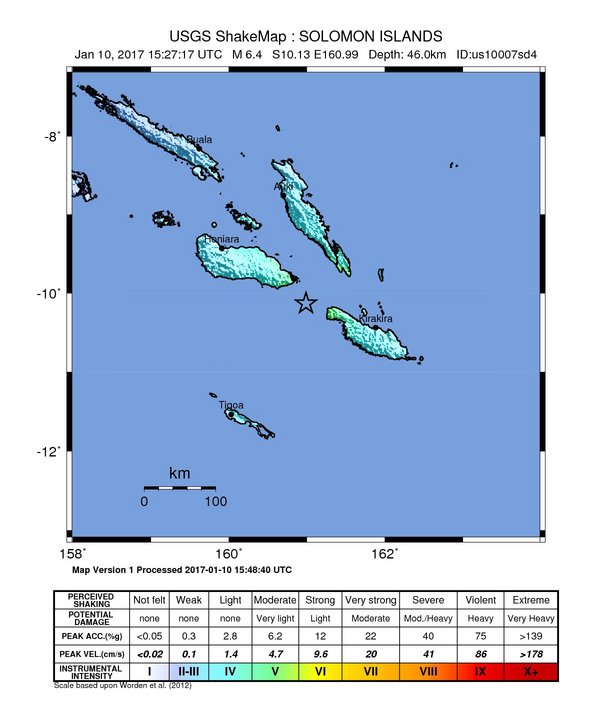 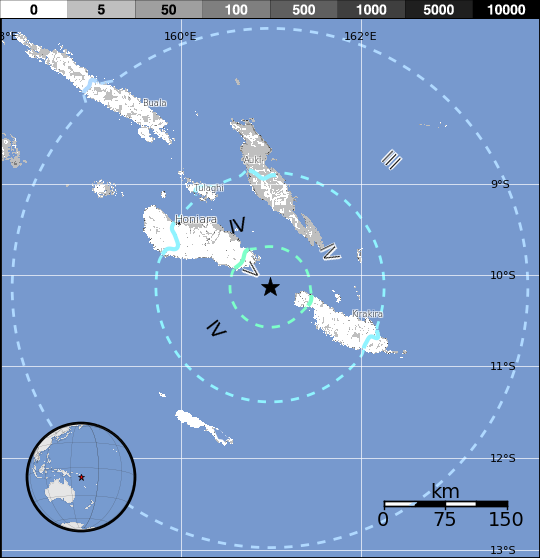 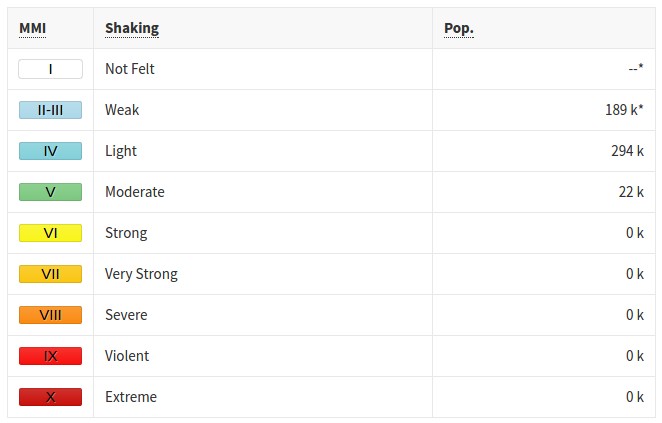 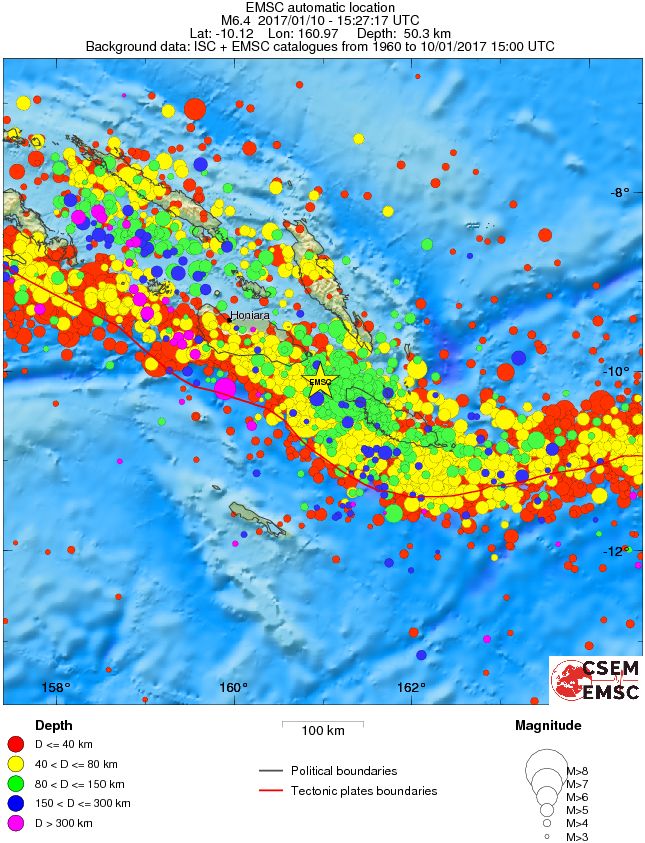 Large earthquakes are common along the North New Hebrides trench and have mechanisms associated with subduction tectonics, though occasional strike-slip earthquakes occur near the subduction of the D'Entrecasteaux ridge. Within the subduction zone 34 M7.5+ earthquakes have been recorded since 1900. On October 7, 2009, a large interplate thrust fault earthquake (M7.6) in the northern North New Hebrides subduction zone was followed 15 minutes later by an even larger interplate event (M7.8) 60 km to the north. It is likely that the first event triggered the second of the so-called earthquake "doublet". (USGS) More information on regional seismicity and tectonics